Children stand next to a huge cardboard skull made by artisans in a street in the Tlahuac neighborhood, in Mexico City on October 28, 2019, ahead of the Day of the Dead celebrations.
EDRO PARDO/AFP via Getty Images

Something big is rising from the streets of Mexico City.

Giant skeleton sculptures have appeared on a street in the Mexican capital's Tláhuac neighborhood, and they look like they're bursting right through the asphalt. A giant skeleton bursting out of the pavement in Mexico City's Tlahuac neighborhood.
PEDRO PARDO/AFP via Getty Images

Built by local artisans ahead of Day of the Dead (Día de los Muertos in Spanish) celebrations, Riviera Maya News reports this is the eighth year the skeletons have appeared. A girl stands next to a huge cardboard skull made by artisans in a street in the Tlahuac neighborhood, in Mexico City.
PEDRO PARDO/AFP via Getty Images

Made from cardboard and salvaged materials from a nearby construciton site, the sculptures were reportedly conceived by Radmundo Medina as a way to encourage cultural preservation and identity, particularly among children. Brenda Lozano, a member of the artistic team that helped bring the skeletons to "life," told Riviera Maya News the skeletons took two days just to assemble, and despite the rubble all around them are not emerging from potholes, but merely look that way due to how the salvaged rubble was placed around their bony extremities.

Lozano also said that the skeletons could remain for some time if the weather remains decent (read: not rainy). The skeletons took about a year to make, and two days to assemble.
PEDRO PARDO/AFP via Getty Images

As Tom Murray wrote for Insider last year, Día de Muertos dates back to the Aztecs, and marks a celebration of dead loved ones.

From October 31 to November 2, people play music at cemeteries, dress in ornate, colorful costumes, and make flower-adorned altars to honour the souls of departed family members, whose spirits they believe return to Earth during this time. Images of the skeletons in Tlahuac have gone viral on social media.
PEDRO PARDO/AFP via Getty Images

An important symbol of Mexican culture, it is not related to Halloween, even though it is celebrated around the same time. The skeletons will reportedly remain in Tlahuac if the weather cooperates.
PEDRO PARDO/AFP via Getty Images

However, this year's celebrations come amid concerns by some that Día de Muertos is being co-opted by corporations into an excuse to party and spend money.

The Guardian compared the celebration to Cinco de Mayo, a date celebrated throughout the US and elsewhere at restaurants, bars, and nightclubs, but barely marked in Mexico. 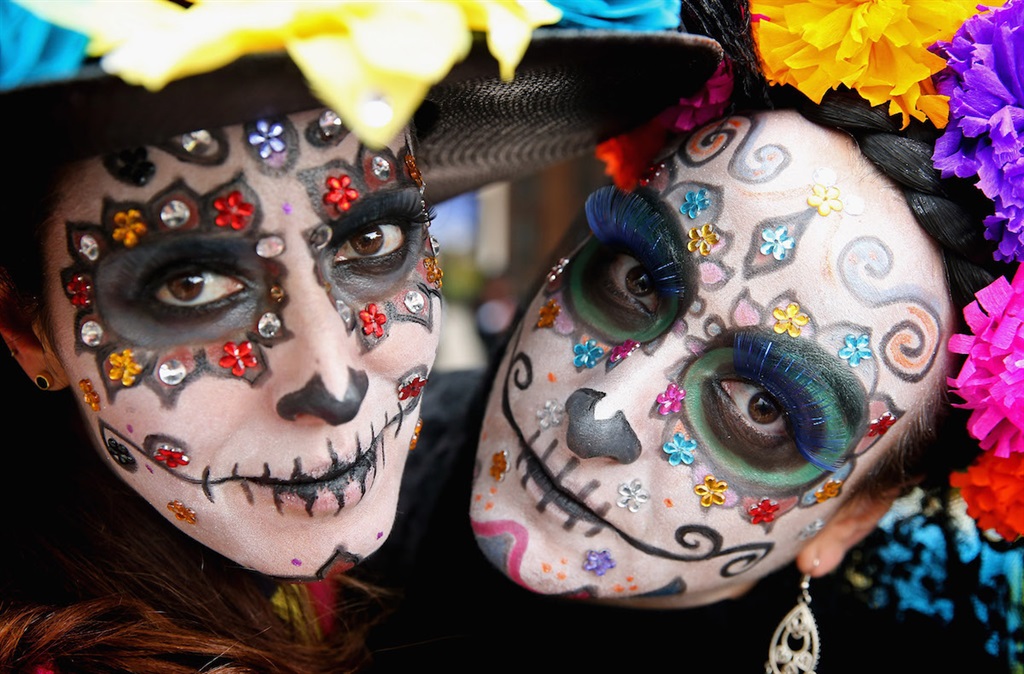 A Day of the Dead celebration in 2014.
Christopher Jackson/Getty