Germany to send Ukraine anti-tank weapons and missiles, in a ‘turning point' decision 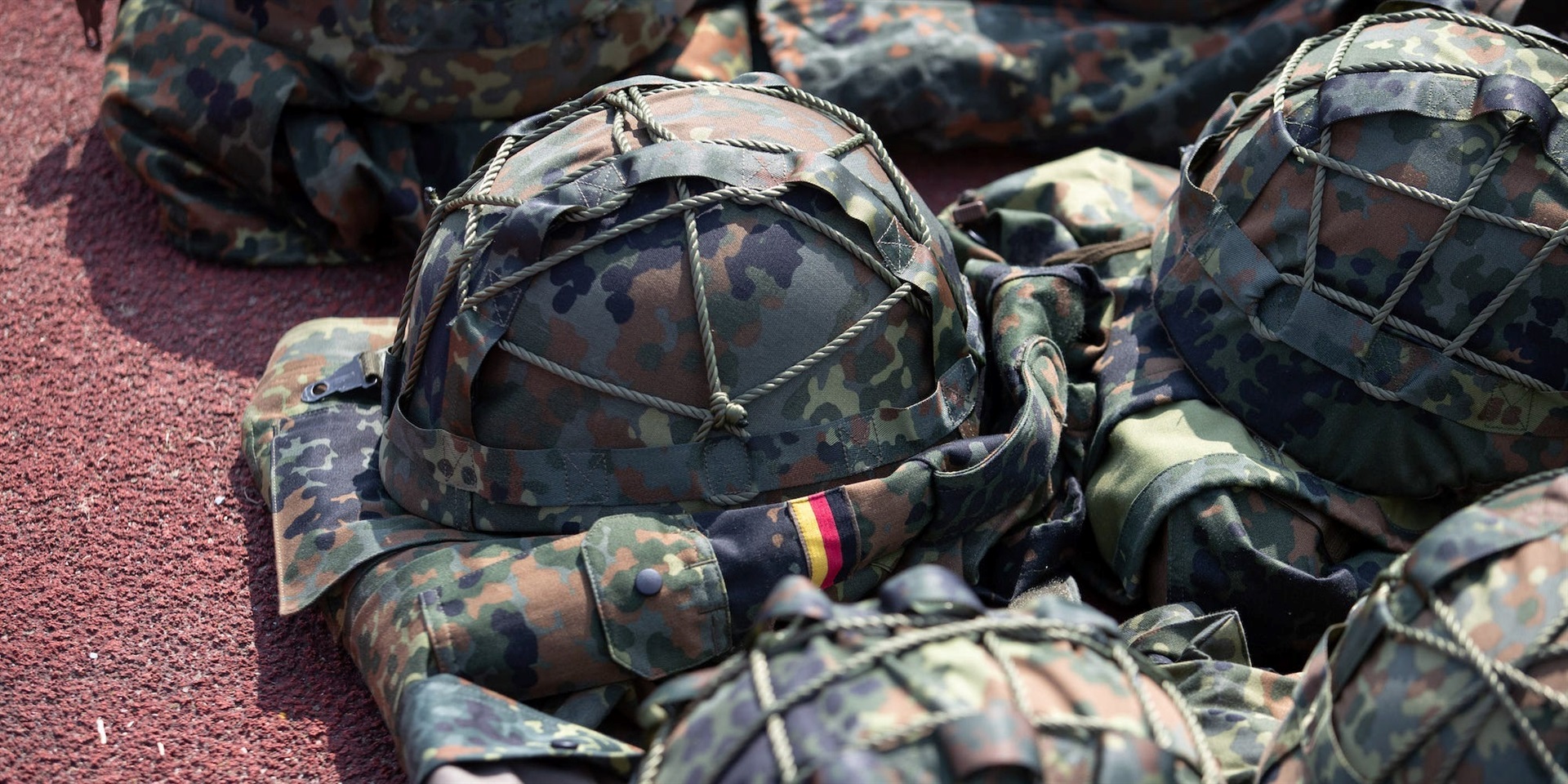 Germany is sending 5,000 military helmets to Ukraine, which had requested 100,000 of them.
Friso Gentsch

Germany is planning to send 1,000 anti-tank weapons and 500 Stinger missiles to Ukraine, according to a statement made by German Chancellor Olaf Scholz on Saturday.

"The Russian attack marks a turning point," Scholz wrote in a statement shared on Twitter. "It is our duty to do our best to help Ukraine defend against the invading army of Putin. That's why we're supplying 1000 anti-tank weapons and 500 stinger missiles to our friends in Ukraine."

The announcement marks a significant shift of Germany's restrictive arms export policy. The country has previously said it held "historical responsibilities" that prevented it from sending weapons and arms to conflict areas, often citing guilt for crimes committed against the Soviet Union during World War II.

As part of the new stance, Germany is also lifting restrictions it previously held among NATO allies that prohibited sending German-originated arms to conflict areas. This will allow countries like the Netherlands to ship 400 rocket-propelled grenades to Ukraine, Axios reported.

Germany will reportedly now also allow Estonia to send to Ukraine a set of eight Howitzers it bought from the then East Germany.

Germany had previously been mocked – including by Germans – for sending Ukraine 5,000 helmets to support it against an invading army of numbering well over a hundred thousand soldiers. At the time, Germanys said the helmets showed it stood against Russian aggression. The helmets shipped only after the invasion was well underway.

Allies such as Poland had expressed open frustration, bordering on disgust, with Germany's stance, and blamed it for delaying European Union sanctions against Russia.

German officials said they were now working on a "targeted and functional" limitation to the critical global financial system SWIFT, so that it would hit "the right people" in Russia.

The Ukraine government has asked citizens to make petrol bombs, with radio stations carrying instructions on how to do so. Meanwhile Russia appeared to be readying weapons such as its "Heavy Flamethrower", a thermobaric rocket launcher that can vaporise people.