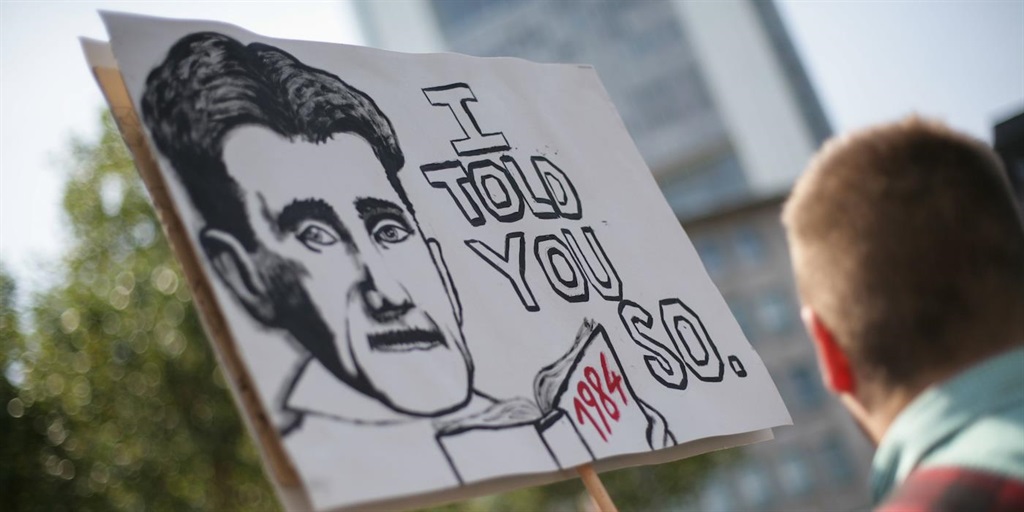 In 1949, British author and essayist George Orwell wrote of a future where a global despotic power controlled the people of Oceania with surveillance and propaganda. This was "1984."

It depicted a dark future where technology exists in the public realm only as a tool for the elite to control society.

But while the book is a work of dystopian fiction, some of the technological innovations that it predicted have come true in the 70 years since it was published. In 1984, telescreens - large TVs which can see into all corners of your house - are located in homes and public spaces of Oceania, and are used to transmit messages from the party and monitor civilian activity.

Telescreens can identify people, notice when their facial expressions change, or whether their heart or breathing gets faster.

In 2019, facial recognition software is developing at an unprecedented rate.

In China over 500,000 members of the Uighur Muslim minority are being tracked by facial recognition cameras.

Chinese start-ups have built algorithms for the government to track Uighurs with terrifying accuracy, as Business Insider's Alex Ma has previously reported.

Facial recognition can be used to make tasks automated, convenient, and efficient. But critics argue there needs to be regulation.

In May 2019, a British office worker who guessed his photo was taken by facial recognition cameras as he ate his lunch sued South Wales police in a landmark case against the tech. Winston Smith, 1984's protagonist, uses Speakwrite in his job as a copy-writer in the Records section of the Ministry of Truth, part of the dark ruling party INGSOC.

It's a kind of recording device which, when spoken into, coverts speech into text on the telescreen.

Today there are countless apps and transcription services which do the same, though very few claim to do it contemporaneously.

As Orwell predicted, the technology is useful and in demand.

Android phone users can now utilize the Live Transcribe feature. It's designed for deaf people and can change 70 languages from speech to text in real time.

Otter is another free app that transcribes speech on the go. 1984 focuses on a world where war is ceaseless, fought in far away lands with mysterious enemies.

Aircraft carriers have certainly grown far bigger than those used in the 1950s (when Orwell was writing,) but have not evolved quite to the level of Orwell's predictions.

However, Orwell writes the "fragile movable battleship has given way to the almost unsinkable Floating Fortress."

Since 2016, China been creating a number of artificial islands in the hotly-contested South China Sea to assert its dominance and stake a claim to the route.

In "1984," the Versificator is a tool which automatically produces music and literature in line with ruling party standards, without human input.

Orwell described the music made by the versificator in "1984" as follows: "The tune had been haunting London for weeks past. It was one of countless similar songs published for the benefit of the proles by a sub-section of the Music Department."

In the last 3 years, both the worlds of music and literature have announced their first autonomous creations.

In 2017, the first album every produced by AI was released. You can listen to it here.

In 1984, Orwell describes how Oceania's musical propaganda "were composed without any human intervention whatever on an instrument known as a versificator."

In March 2017, author Ross Goodwin sent his laptop in a car from New York to New Orleans in homage to Jack Kerouac's "On the Road."

On the laptop AI software used a camera, GPS, microphone, and clock attached to the car to record information, process it, and translate it into a novel based on its own terms. Which it did. 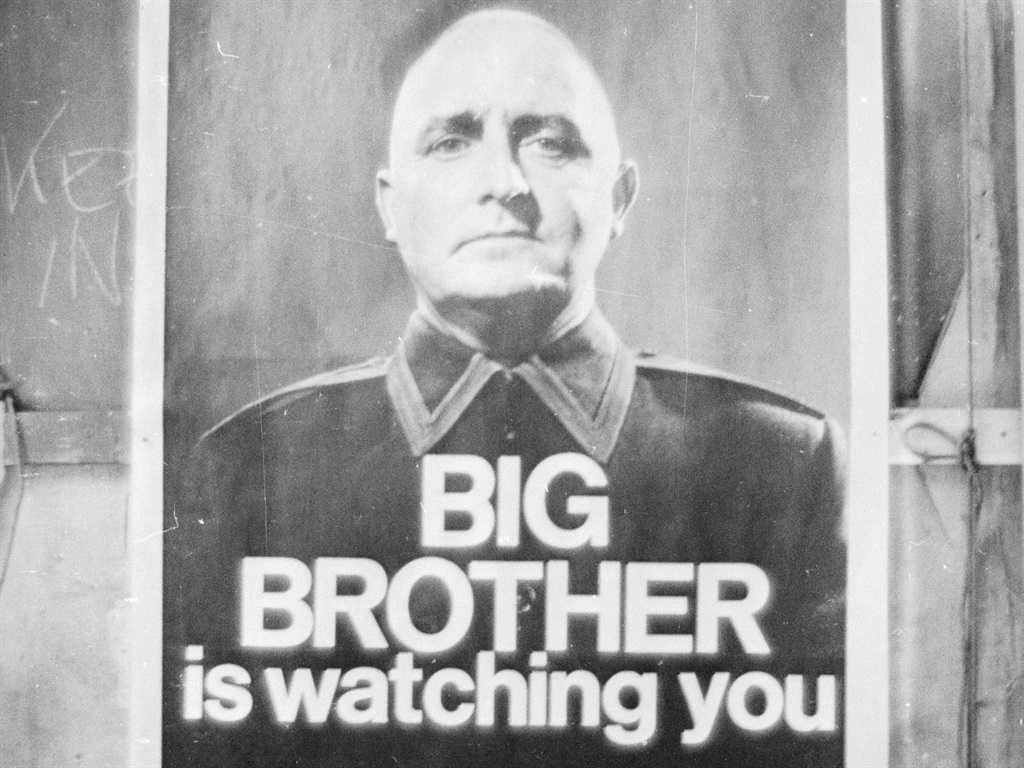 The belief that people are deterred from disobedience through propaganda is widespread.

In 1984, the character of "Big Brother," who appears on posters as a man in his mid-40s who rules INGSOC, acts as a natural deterrent.

Posters bearing his image adorned billboards in cities, and acted as warnings to potential rule-breakers.

"It was as though some huge force were pressing down upon you - something that penetrated inside your skull, battering against your brain, frightening you out of your beliefs, persuading you, almost, to deny the evidence of your senses."

In 2018 North Korean leader Kim Jong-Un launched a new set of propaganda posters with images of him spurring his people to work hard and make him proud.

In Venezuela, huge "Chávez Eyes" posters show the eyes of Hugo Chávez looming over passers by.

The eyes are said to symbolize a father-like gaze, but have been used a symbol by proceeding governments like those of Nicolás Maduro to propagate loyalty.

In 1984, Orwell wrote: "The party told you to reject the evidence of your eyes and ears. It was their final, most essential command."

Winston later finds out Big Brother is just a fictional figure invented by the party to muster loyalty.