The watch comes on a yellow gold double-link chain.
Phillips

One of 23 existing George Daniels pocket watches sold for over R34 million.

Named the "Grand Complication," the pocket watch is one of late watchmaker George Daniels' most complicated watch creations. According to recent reporting from Robb Report, the timepiece sold at Phillips' Geneva Watch Auction: NINE - which took place on May 11 and May 12 - for $2.4 million, the equivalent of R34.4 million. Previous reporting estimated the watch would sell for at least $1.5 million.

As predicted, the piece sold for more, exceeding expectations by nearly $1 million, or R14 million. Another one of George Daniels' originals - his legendary Space Traveller pocket watch - sold at a Sotheby's auction in London for $4.3 million in 2017. Both Sotheby's and Phillips - alongside massive watch shows such as Baselworld - feature some of the rarest and most expensive timepieces in the world.

Over the course of his lifetime, Daniels made 27 watches total, all of them entirely by hand: 23 pocket watches and four wristwatches. 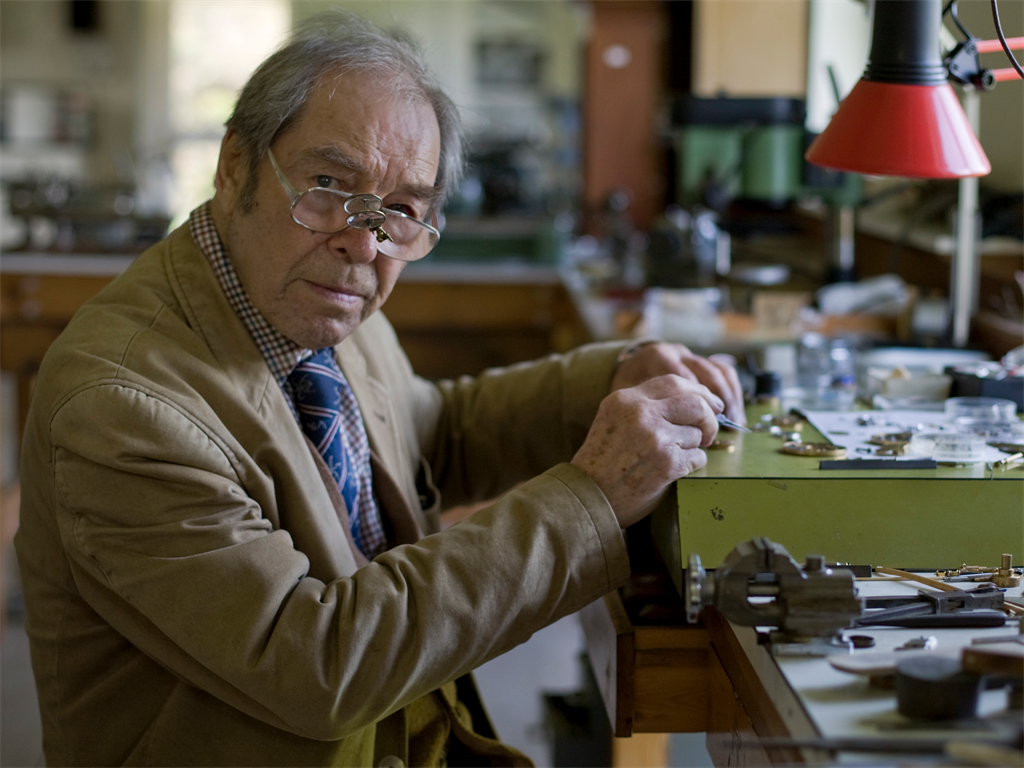 George Daniels completing a timepiece in his Isle of Man home workshop in 2010, a year before he died.
Colin McPherson/Corbis via Getty Images

"Genius" George Daniels is perhaps best known for creating the co-axial escapement, an invention adopted by Swiss watchmaking powerhouse Omega and considered the greatest advancement in design since the 1700s.

A self-taught, independent watchmaker and former Master of the Clockmakers' Company of London, Daniels began fixing friends' watches as a teenager in the army. With his army stipend, Daniels opened his own repair shop, where he would later design the first of his famed watches - a feat that took him two years.

Daniels made his watches alone and completely by hand. Most watchmakers - even highly regarded ones - require assistance and would never claim to make every component; Daniels was one of the few who could construct an entire timepiece, each considered a work of art.