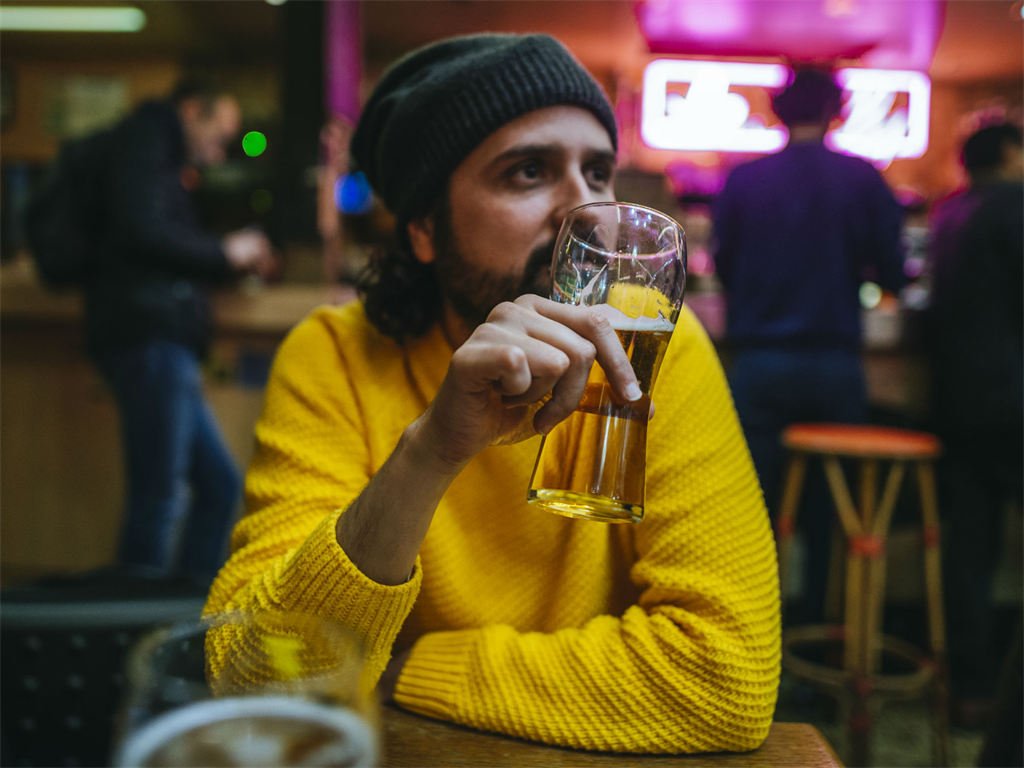 What's your drink limit before you have to go stop? Five? Ten? For some people, it feels like they can keep knocking them back indefinitely, even if they start to stagger around and slur their words.

According to new research from the University of California, Santa Barbara, this could be because some people lack a "brake" in their brains, meaning they don't have the ability to know when they've reached their limit.

Most people have a mechanism called the bed nucleus of the stria terminalis (BNST), and it helps us sense the effects of alcohol and thus manage how much we can drink. However, if it isn't functioning properly, people may not realise when they've had enough, and just keep on drinking.

The study, published in the Journal of Neuroscience, identified the area in the brain of mouse models. It is connected to both the amygdala, which controls the fight or flight response, and the nucleus accumbens, which is associated with reward.

The mice were created by Paul F. Worley at the Johns Hopkins University School of Medicine to have mutations in a certain protein. When sites on this protein cannot react with an enzyme (ERK), due to the mutation or its activity being blocked artificially, the "brakes" on over-drinking appear to be cut, lead researcher Karen Szumlinski told INSIDER.

In other words, the mice with the mutation didn't stop drinking even when they were intoxicated.

Szumlinski is a neuroscientist who investigates binge drinking and how over-drinking can put stress on the brain, and she said it's a leap to go from drunk mice to people, but there are important connections to be made.

"How we perceive how drunk we are is going to influence our subsequent drinking," she said. "Although their behavior is telling us they are completely intoxicated, maybe they don't feel hammered. Or maybe when they're feeling drunk, they don't perceive that as a bad thing."

She said the team is always looking through databases for these specific mutations in human genes, but the only way to test for changes in the BNST is to use the tissue of dead patients.

"The BNST is a very small structure that is currently hard to image in humans and of course, we can't manipulate its function," she said.

"So right now, we are turning to mouse models of genetic and environmental predisposition to binge-drinking to see if there may be a link between alcoholism vulnerability ('bad brakes') and the function of ERK-dependent signaling in the BNST."