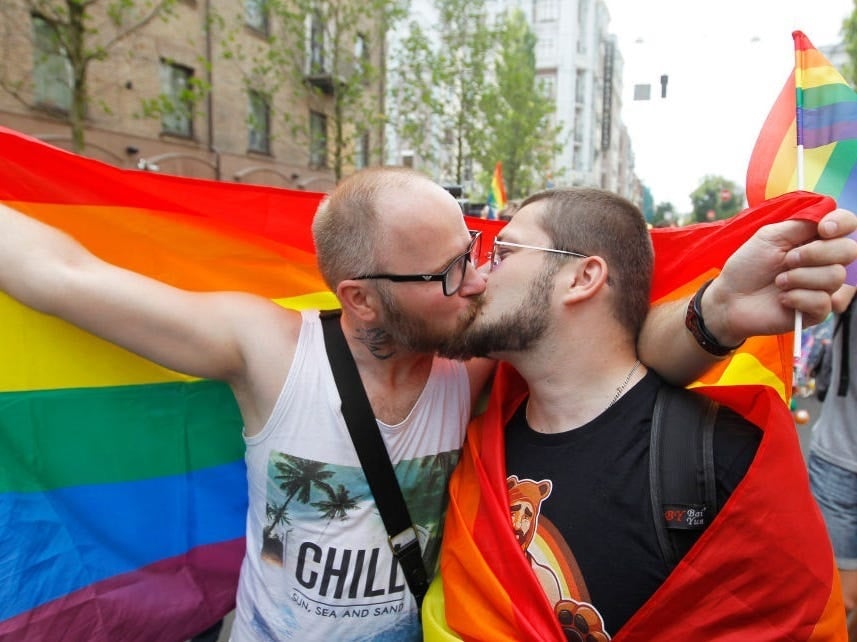 When asked to condemn white supremacists during the first presidential debate on September 29, President Donald Trump told members of Proud Boys, a right-wing extremist organisation, to "stand back and stand by."

In doing so, he catapulted the group, categorised as a "hate group" by the FBI for its ties to white supremacist organising, into the spotlight.

But in the past few days, their prominence online has been drowned out by an army of  gay men, who took to Twitter and Reddit to hijack the "ProudBoys" hashtag with images of queer love.

The new trend is a play on words. Since the first Pride March for LGBTQ+ rights in 1970, "pride" has become synonymous with queer joy and resistance — a far cry from the realm of "Western chauvinists," as one Proud Boys co-founder described his "fraternity."

"My husband Rob and I are two #ProudBoys. Here we are with our five wonderful children," Jon Cooper, former chair of the Democratic Coalition, tweeted along with a photo of his husband and five children.

My boyfriend and I are #ProudBoys. Your an amazing guy. Thanks for the love and the laughs!!!! pic.twitter.com/VYQcneBBCe

From wedding photos to TikToks of people voguing, queer men have obscured content related to the Proud Boys organisation online, and replaced it with images of gay pride.