Jon Snow said quite a few emotional goodbyes during Sunday's episode of "Game of Thrones," titled "The Last of the Starks."

As Jon prepared to travel south to King's Landing to support Daenerys Targaryen's quest for the Iron Throne, he bid farewell to his family, Sam, Gilly, and Tormund. But perhaps most heartbreaking of all, he said goodbye to Ghost, his beloved dire wolf.

When Tormund told Jon that he was taking the wildlings back north, Jon asked for Tormund to take Ghost with him.

"A dire wolf has no place in the south," Jon said. "Will you take him with you? He'll be happier up there."

As Ghost whined, Jon just looked at him and walked away.

Fans were shocked by the abrupt goodbye

Poor Ghost feeling like all of us during this scene absolutely heartbroken. Jon didnâ€™t even give cuddles before exiling this poor one eared ball of fluff beyond the wall! #GameOfThrones pic.twitter.com/cnLJmGwxYX

Ghost was one of six direwolf pups found and given to the Stark children. Though only five were found initially, Jon discovered the runt of the litter, a small white wolf with red eyes, and kept him for himself. For much of the eight seasons of the show, Ghost has followed Jon and protected him.

With Ghost heading north, he's unlikely to be seen on the final two episodes of the season. For book fans, this may come as a surprise because Ghost has a much larger role in the "A Song of Ice and Fire" series. 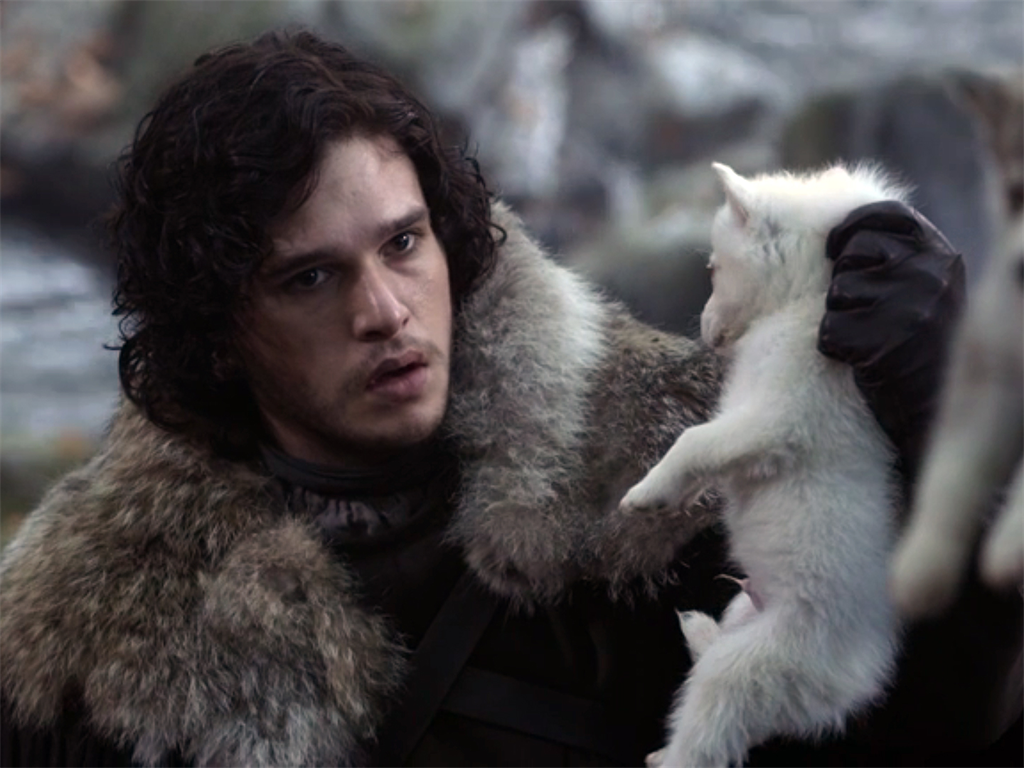 People with the ability to enter the mind of a creature or a person, as Bran did to Hodor on the series, are called wargs.

Some of the other Stark children, including Arya, appear to have the same abilities in the books. Some wildlings are also wargs.

Though Jon doesn't necessarily understand his warging abilities, the novels explore the close bond the two share. It would appear that Ghost and Jon aren't that closely linked on the HBO series. Ghost doesn't even get a pat goodbye.