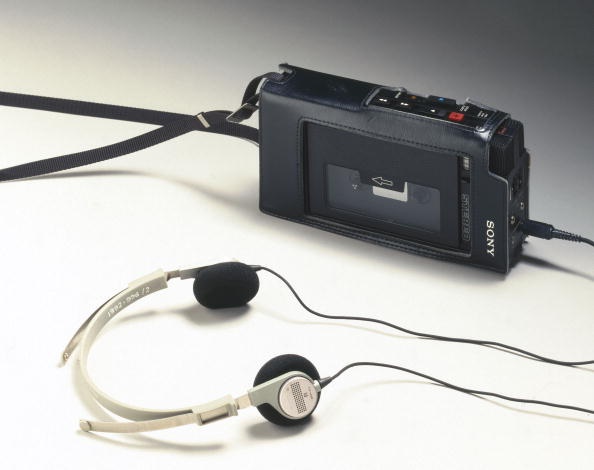 The original Walkman, model TCS 300, made by Sony of Japan. The TCS 300 was the first personal stereo cassette recorder manufactured by Sony. (Photo by SSPL/Getty Images)

The Sony Walkman turns 40 on July 1. The portable cassette stereo revolutionised how we consume music on the go, quickly seeped into pop-culture, and meaningfully preceded Jony Ive's iPod design.

The Walkman was inspired by Sony's cofounder Masaru Ibuka, who wanted a portable device he could use to listen to music on long flights.

Sony released the TPS-L2 Walkman in July 1979 in Japan. The device made it stateside by Christmas 1979, and by the next summer, The New York Times was calling it "the newest status symbol around town" in an article recently uncovered by Mentalfloss.

In honor of the Walkman turning 40, here are 13 other gadgets and products that you didn't realise were already over 20 years old:

The 1996 virtual pet is making a comeback in July 2019 at stores like Urban Outfitters and Target. The original Game Boy, which came out in 1989, turned 30 this year. It's led to dozens of successors; its first update in-color, Game Boy Color, was released in 1998. The first of Canon's PowerShot series of point-and-shoot cameras was the model 600, released in 1996. The first TiVo DVR (digital video recorder) rolled out in 1999. The first VHS videotape was released in Japan in 1976 and made it stateside in 1977. The first smartphone was the the IBM Simon Personal Communicator, released in 1994. It featured a touchscreen and apps (e.g. calculator, calendar, mail, address book, notepad). Research In Motion launched its first BlackBerry device, a two-way pager called the BlackBerry 850, in 1999. BlackBerry's messaging service, BBM, shut down in May 2019. We've had DVDs since the mid-90s. Sony, Philips, Toshiba, and Time Warner were involved in creating the common DVD format agreed upon in 1995. Philips released the Compact Cassette in 1963. That means we've been dropping fire mix-tapes for over 50 years now.