A sea otter tickle fight, and 17 other hysterical photos from the Wildlife Comedy Photography Awards

The annual Comedy Wildlife Photography Awards (CWPA) recognise the most hilarious candid photos of animals in the wild striking flamboyant poses, pulling faces, and seemingly laughing at themselves for how ridiculous they look.

The founders of CWPA, Tom Sullam and Paul Joynson-Hicks, started the competition to raise awareness of wildlife conservation issues in partnership with the Born Free Foundation.

The photo contest remains open until June 30, and there are already some hilarious entries. Here are 18 of the best submissions so far. Captions have been condensed and edited for clarity.

"Queen of Smile" by Abu-Galy "One usual morning after a tea with my friends, we found this bird as she had an accident while flying and fell unconscious. We kept her in a box and fed her some live insects and after two days she opened her wings for this world. In between, she gave me some poses." "A pair of gentoo penguins on Neko Island in South Georgia training for the pair ice skating at the next Winter Olympics." 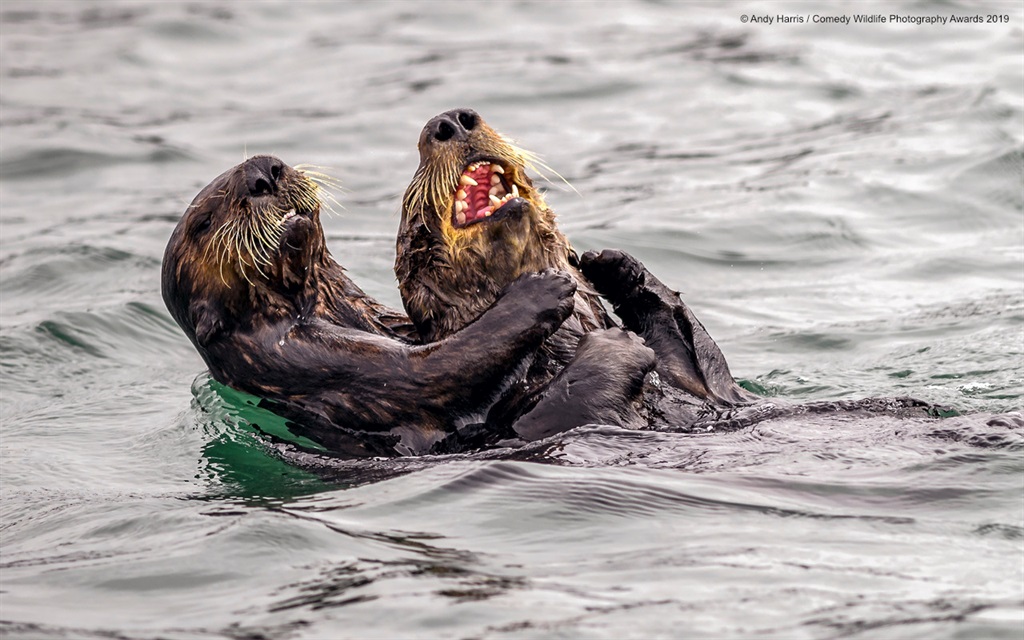 "These hugely impressive sea otters were completely at ease and interacting with each other with characteristic otter playfulness. Feeding on crabs together, these two still found time for a tickle fight to decide who got the juiciest crab for dinner!" "I was watching a polar bear mother with two cubs from an expedition ship for about two hours, then they started wandering away from us. One of the cubs turned around, stood up, and waved."

"The Photographer At Work" by Bob Riach "The photographer at work." "This lucky shot looks likes the duck is stopping in mid air to fix his hair as I captured the photo. 'Wait a minute, let me fix my hair!'"

"I Can Not Look" by Diane Marshman "A red squirrel does not want to look."

"The Bear Necessities" by Eric Fisher "In Alaska this past summer, we were watching brown bears catching salmon out of a small river. This young bear had a very successful morning and walked over next to us and plopped down with a full stomach. Over the next 10 minutes he went through a hilarious range of emotions, from hiding his face from the light of day and completely passing out, to giving us a 'diva' look and his overall face of satisfaction. We were all laughing away as he looked like we normally do after Thanksgiving dinner." "Either penguins are working on a new form of jet propulsion, or someone has a little gas. This penguin was standing in the water all by himself when the water started churning, then turned to splashing and then full eruption. When it was all done, the penguin looked around and carried on with the rest of his day." "It's a normal defensive behavior of mantis. When they're afraid of something, they raise their arms and spread their wings. They look like smiling dancers." 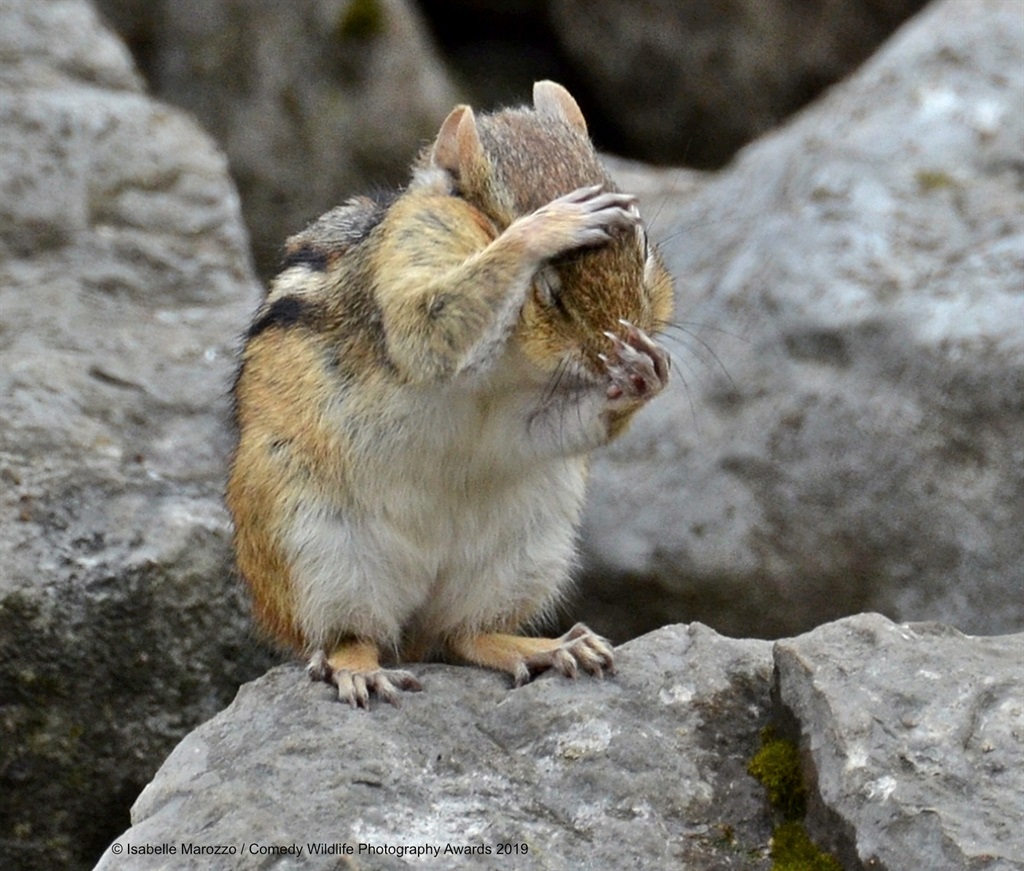 "A chipmunk's antics at my pond." "I was photographing this owl from below and he opened his mouth to make a call as I was shooting. It looks like he's laughing at me." "Shooting the red deer rut in Richmond Park, I noticed this deer covered in bracken. It's not unusual for them to adorn themselves with bracken and grass, but this one's taken it to extremes."

"Dad Tells Off The Kids" by Nicola Beyfus "This was taken on Kangaroo Island. Every family is the same. Dad tells off the kids, who stand at attention but deep down they are rolling their eyes." "Two young owlets at the burrow." "'I've got a space suit and a helmet and one day I'll fly the moon! But only when it's banana shaped.' This sweet little Japanese snow monkey ran around after he had rolled in the snow."

"I'm Not Sticking MY Head In There" by Ross LaManna "Four sibling baby geese were swimming in a close formation, looking for food. One of them would wait for the others to come up with a tasty snack and then try to steal it from them." "A snowy owl makes a cute pose and face as he perches in the sand at Jones Beach, Long Island."