A white-lipped island pit viper, native to southeast Indonesia. The snake is usually green in color, not blue.
Matthijs Kuijpers
Human activity has killed off 680 mammal, bird, reptile, amphibian, and fish species since the 1500s. As much as half of the total number of animal individuals that once shared the planet with us are already gone.

That death toll is likely to rise dramatically over the next decades.

A recent report from the United Nations found that between 500,000 and 1 million plant and animals species face imminent extinction. At least 10% of insect species and more than 33% of all marine mammals and reef-forming coral are threatened, it found.

In the past 50 years, more than 500 amphibian species have experienced population declines worldwide, and 90 of them have gone extinct, due to a deadly fungal disease called chytridiomycosis (or chytrid fungus), which corrodes frog flesh.

According to a recent study in the journal Science, chytridiomycosis has wreaked havoc on frog, toad, and salamander species around the world. Amphibian deaths associated with chytrid fungus represent the greatest recorded loss of biodiversity attributable to any one disease, the authors found. Humans enabled the disease to spread further than it otherwise could have in large part because of the global wildlife trade.

Dutch photographer Matthijs Kuijpers has made it a personal mission to capture images of many colourful and bizarre amphibians before they disappear. His work is published in his new book, called "Cold Instinct" - take a look.

Most scientific evidence points to one conclusion: Earth appears to be undergoing a process of "biological annihilation," largely due to human activity. This brilliantly coloured yellow skink, a type of lizard, is severely threatened by logging and deforestation. It lives on the Solomon Islands in the Pacific Ocean.

Kuijpers has so far photographed 1,500 species, across every continent except Antarctica. One of those species is this giant bronze gecko (Ailuronyx trachygaster), which was recently rediscovered in the Seychelles, off the east coast of Africa. The International Union for the Conservation of Nature lists the gecko - which Kuijper said hangs out in Coco de mer palm trees - as vulnerable to extinction.

Kuijpers says he want to show the "essence of the animal” in each of his photos. 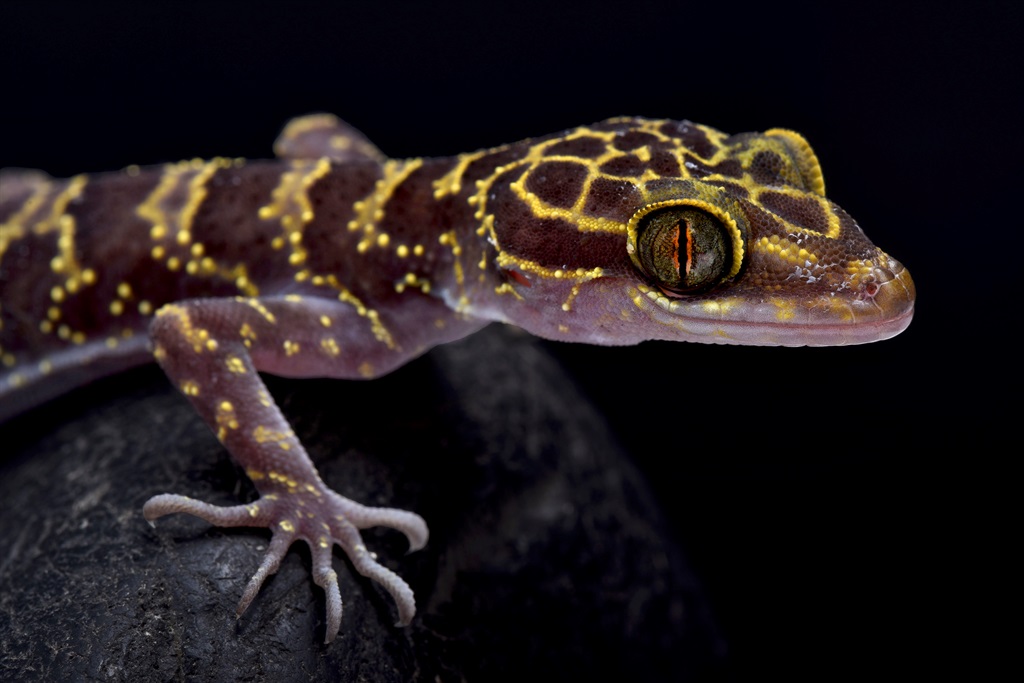 In the image above, he captured the gaze of a Doi Suthep bent-toed gecko, which is native to northern Thailand.

To him, that means "no distractions." So Kuijpers photographed many of the animals against black backdrops or removed background foliage when editing. 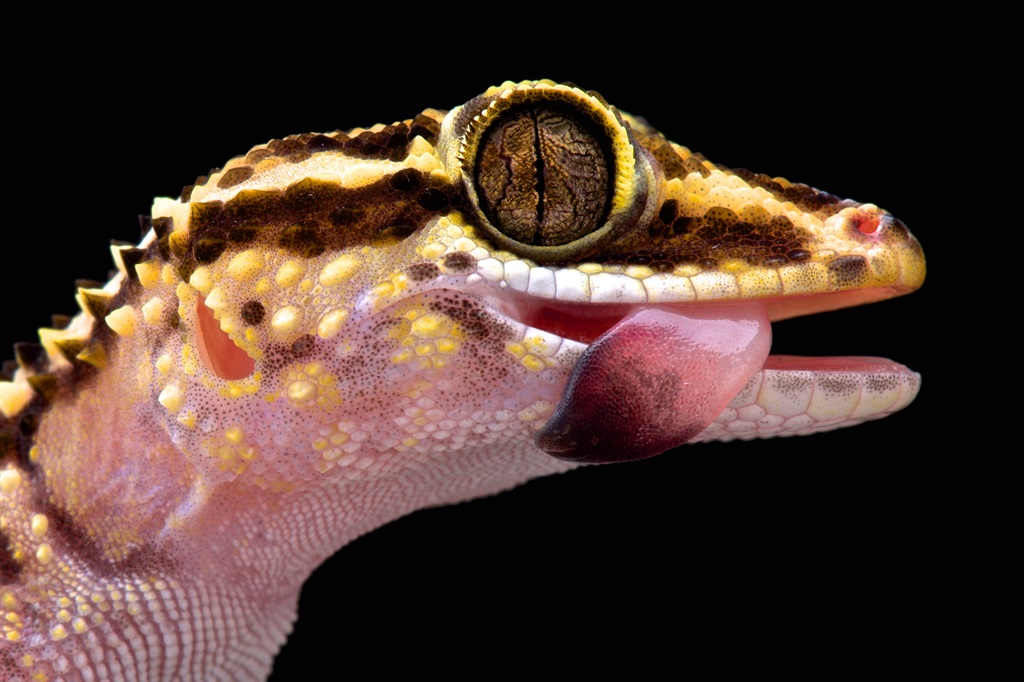 The Paroedura lohatsasara shown here is a critically endangered gecko species. It's native habitat has been reduced to one remaining patch of rainforest in Madagascar, Kuijpers said. The gecko's name comes from the Malagasy words "Loha," which means head, and "tsara," meaning beautiful.

To date, Kuijpers has photographed 2,000 species of reptiles and amphibians. Only male Cameroon dwarf geckos sport polychromatic skin, as shown in this photo. These critters live in western and central Africa.

His work reveals a special fascination with poison dart frogs. The Strawberry poison dart frog shown above has strikingly neon colours, and is the most poisonous of its froggy brethren.

These frogs' bright colours serves as a warning to predators: Toxins in their skin can paralyze or kill potential threats. This blue poison dart frog is native to the Amazon. The golden poison dart frog, Phyllobates terribilis, is native to the rainforests of Colombia. It's the largest of the poison dart frogs, and it lives in social groups in the wild.

Kuijpers told Fast Company that it took him weeks of exploration in the mountains of Suriname to capture this magenta-accented toad on camera. It's possible that this type of stub foot toad - whose scientific name is Atelopus hoogmoedi nassaui - may have gone extinct since Kuijpers photographed it in 2017.

The photographer said he wants his book to serve as a "time capsule of the coldblooded species on Earth.” This black pond turtle, native to south Asia, is listed as vulnerable to extinction. It boasts striking white spots.

Kuijpers said just one rat or cat could decimate the entire population of this animal, the Union Island gecko. The entire population of this gecko lives on a single cliff on Union Island, part of St. Vincent and the Grenadines in the Caribbean. The IUCN lists it as critically endangered.

Kuijpers, who is 45 now, said he has been taking photographs since the age of 18. Only 200 of the Guatemalan bearded lizard pictured above remain in the world. They live in a single valley in Central America, Kuijpers said. The animal has yellow spots on its back and rings on its tail.

That experience allows him how to get detailed close-up shots of fast-moving creatures like this gecko. The gecko pictured above (Paroedura masobe) is native to Madagascar, and listed as endangered by the IUCN.

Kuijpers said part of his goal in photographing these reptiles is to remove misconceptions and fears that many people have about cold-blooded animals. The Mangshan pit viper shown here can reach lengths up to 2 meter. Native to southeastern China, the venomous snake likes to languish on logs near game trails before ambushing its prey. According to the Saint Louis Zoo, there are reports that this snake can spit venom at would-be predators, like some fellow cobras.

Even seemingly intimidating creatures, like the poisonous Siamese peninsula pit viper, are vulnerable and disappearing at unprecedented rates.