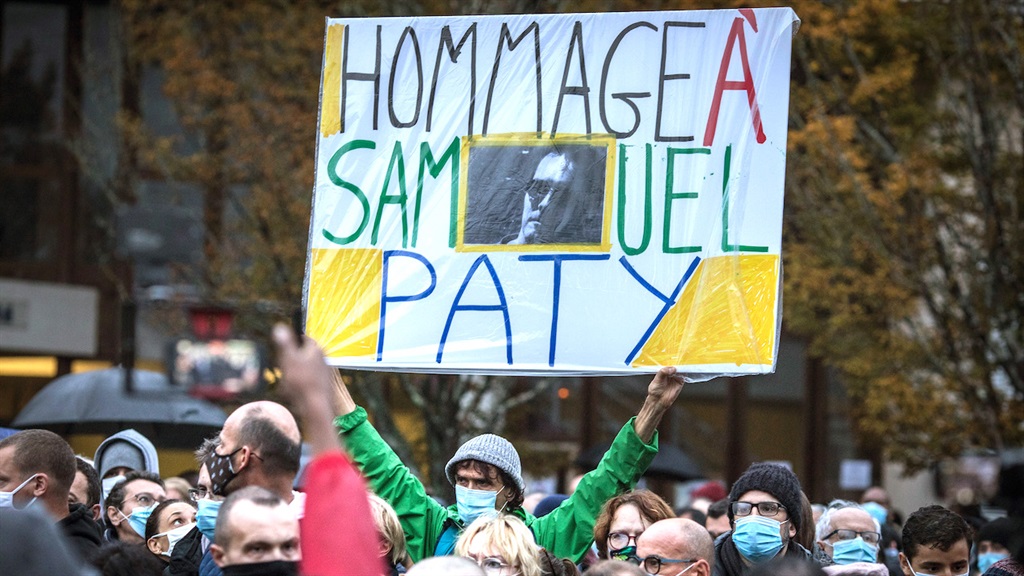 Locals pay tribute to Samuel Paty outside the school where he taught, in the Paris suburb of Conflans-Sainte-Honorine, on 20 October 2020. (Photo by Siegfried Modola/Getty Images)

A 13-year-old French student admitted to spreading lies about her history teacher before he was beheaded by an Islamic extremist last year, the BBC reported.

Samuel Paty, a 47-year-old teacher at College du Bois d'Auln, was killed in October after he showed students controversial photos of the Prophet Muhammad during a civics class about free speech.

His lesson sparked complaints from some Muslim parents, including the father of a 13-year-old girl who claimed that Paty had asked Muslim students to leave the classroom that day.

The girl's father launched an online campaign against the teacher based on his daughter's account, which police had said at the time was linked to 18-year-old Abdullakh Anzorov's attack on the teacher, the BBC reported.

In a YouTube video, which has since been removed, the father called Paty a "voyou" (thug) and asked other parents to join him in collective action against the teacher.

Ten days after the student shared her story with her father, Paty was beheaded by 18-year-old Abdullakh Anzorov, a Moscow native of Chechen origin who was later killed by police.

Now the girl has walked back her claims, confessing to police that she lied about being in class that day and falsely accused Paty of asking Muslim children to leave while he showed the photos, Agence France-Presse reported.

The BBC reported the girl, whose identity has not been revealed, told police she didn't see the cartoons, but was showed them by another student in her class.

The killing of Paty, who received death threats before his murder, shocked the country.

After his death, the hashtag #JeSuisSamuel (I am Samuel) began trending on social media, similar to the #JeSuisCharlie movement that went viral after the 2015 attack on the offices of satirical newspaper Charlie Hebdo.

The caricature of the Prophet Muhammad that Paty showed his class was used during a discussion of the Hebdo case in a lesson that was part of an obligatory "moral and civil education" course.

A lawyer for Paty's family said on French radio she was angry over the confession by the girl, who claimed she saw herself as a spokesperson for her peers and wanted to impress her dad.

"Everything in the investigation showed very early that she lied," the Paty family's lawyer Virginie Le Roy told RTL radio, according to AFP.

"A spokesperson of what? Of lies, of events that never happened? This explanation does not convince me and makes me rather angry because the facts are serious, they're tragic," she said.