France, Germany, and the UK have issued a statement of continued support for maintaining Iran's nuclear deal after Donald Trump called for US allies to walk away from the agreement.

"We, the leaders of France, Germany and the United Kingdom, share fundamental common security interests, along with our European partners," the joint statement said.

"One of them is upholding the nuclear non-proliferation regime, and ensuring that Iran never develops a nuclear weapon. The Joint Comprehensive Plan of Action (JCPoA) plays a key role in this respect."

All three European signatories to the deal want to salvage the 2015 accord, which is designed to limit Iran's nuclear ambitions, and which has been on the brink of collapse since Trump pulled out the United States in 2018.

Trump pulled the United States out of the agreement in May 2018, citing Iran's support for violent proxies across the Middle East as well as its ballistic missiles program.

Iran has subsequently breached the terms of the agreement.

In their statement, European leaders call on Iran to "return to full compliance with its commitments under the agreement."

They also expressed their "deep concern at the actions taken by Iran in violation of its commitments since July 2019," adding that "these actions must be reversed."

Tensions between Iran and the United States escalated dramatically this month when Trump ordered a drone strike which killed Qassem Solemani, Tehran's most influential military commander.

In response, Tehran started breaching new aspects of the accord and on Sunday announced that it no longer felt compelled to stick to any limit on the number of centrifuges used in the making of enriched uranium needed for nuclear power.

The US president subsequently said that the "time has come" for other signatories to tear up the agreement, calling it "foolish" in a phone call to UK Prime Minister Boris Johnson last week.

United Kingdom to reduce dependence on US defence alliance 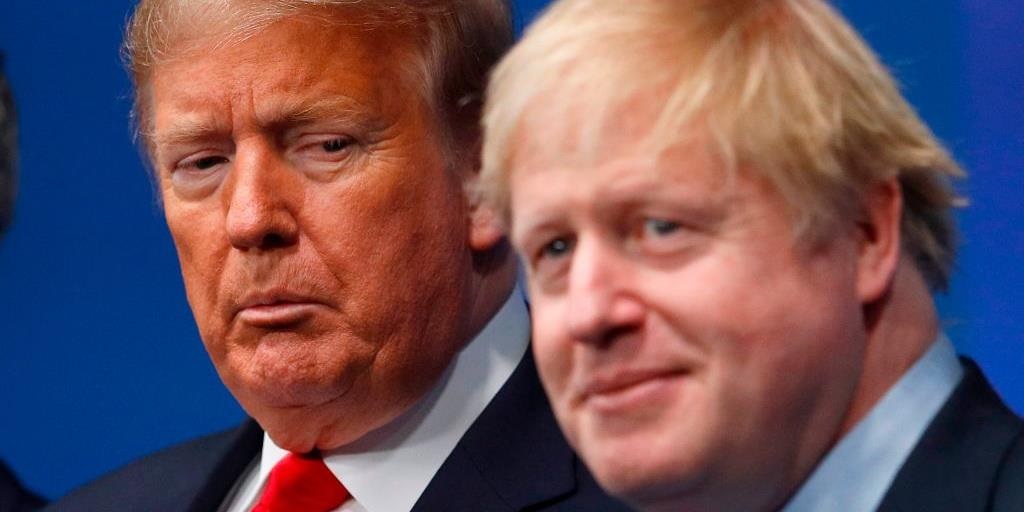 Today's statement highlights the strained relationship between Washington and its western allies, who have been united in their support for the nuclear deal and have been reluctant to endorse Trump's actions in the Middle East.

On Sunday, the UK's defence minister Ben Wallace said, in remarkably outspoken comments, criticised Trump's isolationist foreign policy, saying that he would worry "if the United States withdraws from its leadership around the world."

He added that the UK is looking at reducing its dependence on the US for defence and were turning to other international allies instead.

"The assumptions of 2010 that we were always going to be part of a US coalition is really just not where we are going to be," he said.