8 tips for mastering 'Fortnite,' the biggest game in the world These are the 20 main regions in "Fortnite," marked with yellow arrows. Don't land in them!

"Fortnite" is everywhere, being played by everyone, and yet it's tremendously difficult. If you're one of the many new players just jumping into "Fortnite," or one of the many people still struggling to eke out a coveted victory royale, we've got your back.

Here are the eight best tips, tricks, and secrets we've got for surviving and mastering "Fortnite." Epic Games
This one might sound obvious, but the game gives you no indication that the many regions on the map in "Fortnite" are designated landing areas. They are not — they tend to be hotbeds of activity, full of people playing "spicy" (aggressively). Unless you're ready to fight the second you land, you're likely toast. And even then there's a measure of luck to what you'll find nearby in terms of supplies and armaments. Instead, simply don't land in main, named regions — Titled Towers and Wailing Woods and all the other names you see on the map above.There are loads of houses dotted all over the map that provide plenty of supplies. Do yourself a favor and go there instead of smack into the heart of Dusty Divot.

2. Find a loot chest in your last match? Remember where it was! There are lots of ways to find supplies in "Fortnite." You could pillage a house, or tuck into a tree with your pickaxe, or take out an enemy — just to name a few.

Most importantly of all, finding treasure chests full of loot is key. Unlike the weapons and supplies you'll find in a given place, treasure chests aren't randomised. That means if you find a treasure chest once, you know where it is always — and that's a crucial, important difference. There's even a website dedicated to tracking the locations of said treasure chests if you're so inclined.

While it's possible — likely, even — that the locations of treasure chests will change in upcoming updates to the game, learning even a handful now will tremendously improve your chances of survival. More than anything else in "Fortnite," the most important survival tool is building. You can conjure full structures out of thin air, and you can do it near-instantly.

The most basic of these structures — a so-called "1x1" — provides an instant fort of protection, as well as offering higher ground (a crucial tactical advantage in "Fortnite" combat). It's simple to build and can save your butt. If you're playing on PC/Mac and iOS, there are various methods for mastering fast building. On PlayStation 4 and Xbox One, you should re-map your button layout (more on that in a moment).

No matter how you're playing "Fortnite," the best way to learn how to build is by dropping into a secluded area of the map and practising. If you own the "Save the World" mode as well, you could always practise there. 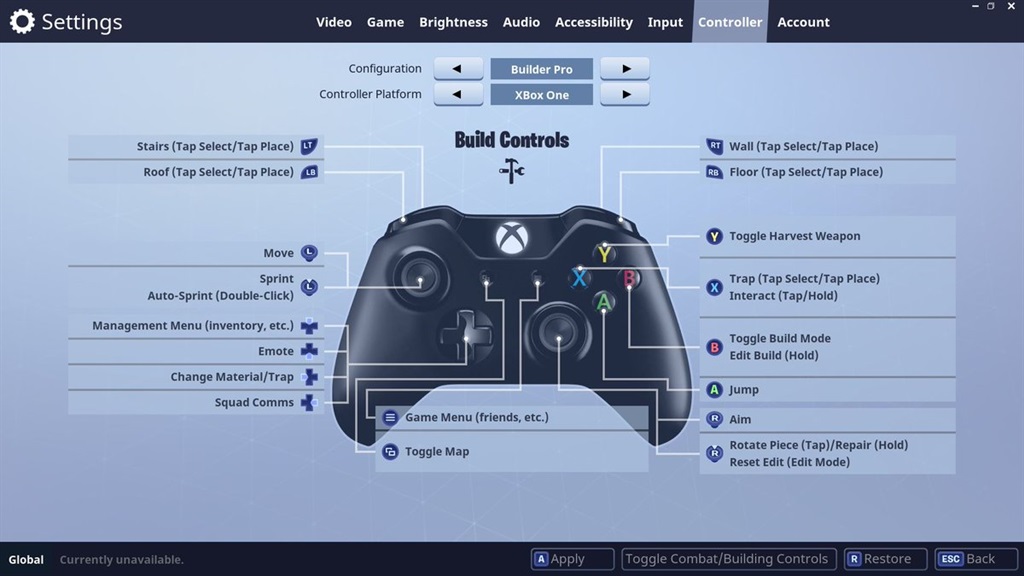 This is especially true for the building aspect of the game, which demands that players switch between buildable objects rapidly while under fire. If you're playing on PlayStation 4 or Xbox One, switching between materials is handled by the shoulder buttons.

It's difficult and slow, but there's a brilliant way to fix that problem: Switch the default controller settings to "Builder Pro." In this setting, each material is mapped to one of the shoulder or trigger buttons. It's a little tricky at first, but — despite the "pro" name — is actually far easier to use for building.

You'll be popping up 1x1 shelters in seconds in no time!

5. Get yourself a shotgun — any shotgun — before any other weapon. If you and another player land on a rooftop, and the only weapon is a single handgun? Pick up that handgun and use it.

In virtually every other instance in "Fortnite," you're better off walking right past that pistol until you find a shotgun. The vast majority of combat in "Fortnite" is close enough proximity that shotguns are, by far, the most useful weapon.

Quit digging around for that sniper rifle you probably won't ever use and get you a good shotgun, and quick!

6. Don't jump on Battle Pass challenges immediately — they'll be rife with other players. The paid Battle Pass makes "Fortnite" an even better game, adding a ton of unlocks and several new progression systems.

With each new week of the Battle Pass season, a new set of challenges to overcome. Good news: You don't need to tackle them immediately.

That's good news not only because it lets you choose when you want to tackle said challenges, but because jumping on some of those challenges immediately will result in entering a very busy location.

Take, for instance, the recent challenge to kill three players in Flush Factory. In any given match for the first few days, a dozen or more players would glide down to the Flush Factory, all desperate to tackle the challenge.Unless you're excellent, very lucky, or both, it's unlikely that you're going to survive long enough to complete your objective. Instead, wait a few days for the area to cool down a bit, then tackle the challenge.

7. When harvesting trees for wood, don't take them all the way down (and aim for those moving concentric circles). 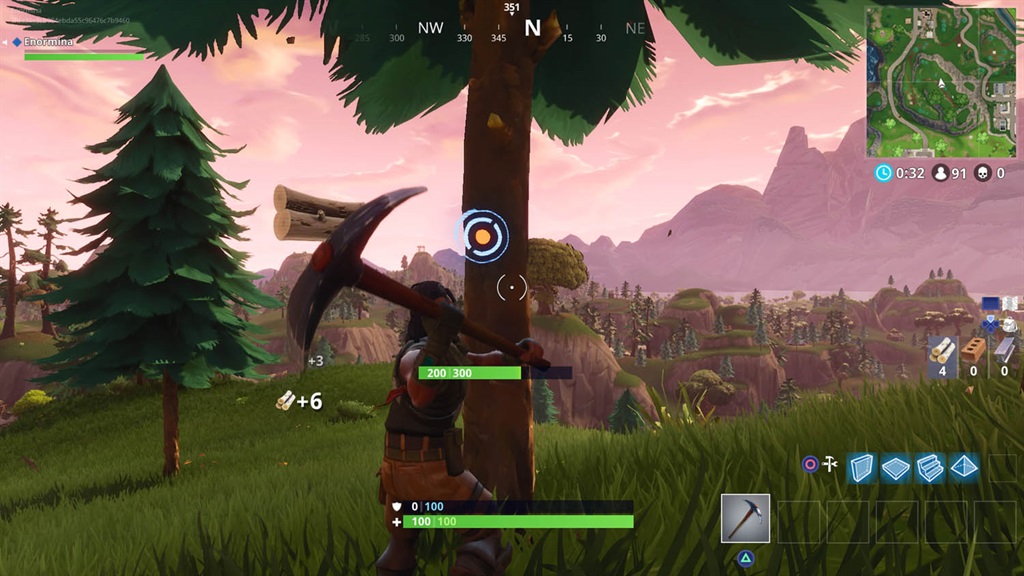 Don't leave your shield potion waiting for the next player who kills you like I did here.
Epic Games

As I said earlier, building is the most important aspect of "Fortnite." As such, gathering materials is crucial. And in the case of "Fortnite," much of the "material" is wood procured from trees.

You could gather resources by applying your pickaxe to buildings, fences, and other such objects, but you'd be foolish to do so: You'll get far more wood out of the many trees all over the island. It is, of course, far more dangerous to stand outside in the open, chopping down trees. But there are a few things you can do to make it a safer proposition:

Jumping makes it harder to get shot. Hitting the circles makes it go faster. And not chopping down the tree fully keeps enemies from spotting you. So the logic goes: If you see a tree suddenly disappear in the distance, it's a strong warning that a player is over there. But if you leave the tree with a tiny bit of health, it won't come crashing down and you'll still get the vast majority of its resources. Win-win!

8. After the shotgun, the number one item to find is a shield potion. Use it as soon as you find it! What horrors await below in Risky Reels? Who knows!
Epic Games

There are bandages and medical kits in "Fortnite" that are helpful, but shield potions are far more useful.

Instead of replacing any health you lose, they outright add a new bar of health on top of the one you've got. If you get a trio of small ones, they'll offer up to 75% additional health — but there are even better potions out there that'll push you all the way to 100%.

One word of advice: Use shield potions immediately upon finding them. By all means get yourself somewhere safe first — but the sooner you consume those potions, the better.