The life and rise of Tim Sweeney, the billionaire CEO behind 'Fortnite' In many ways, on paper, Tim Sweeney is an average guy. He likes hiking, tinkering with technology, the occasional Diet Coke, and fried chicken from US chain Bojangles'.

In reality, he's anything but average: Sweeney is the CEO of Epic Games, the company behind "Fortnite" — the wildly popular battle royale video game that's earned billions since launching in 2017. Epic Games is also responsible for Unreal Engine, the software suite used to create some of the world's biggest games.

Sweeney has a net worth of nearly $10 billion (R173 billion), according to Bloomberg, millions of which he has donated to forest conservation efforts.

When it comes to tech execs, Sweeney remains rather low-key. He's single, doesn't have any kids, and he's never been enticed by the flashy trappings of Silicon Valley: Epic Games is based out of Cary, North Carolina, just down the road from Raleigh. Sweeney's first-ever job at Epic is still his current job, though the responsibilities and scale have changed considerably since founding the company in 1991.

His latest responsibility: Taking on the likes of Apple and Google in a massive legal battle that could have major ramifications beyond "Fortnite." Here's everything we know about Tim Sweeney, CEO of Epic Games.

Tim Sweeney, 50, was born in 1970 and raised in Potomac, Maryland, with two older brothers. His father was a cartographer for the US government and his mother took care of Sweeney and his brothers. 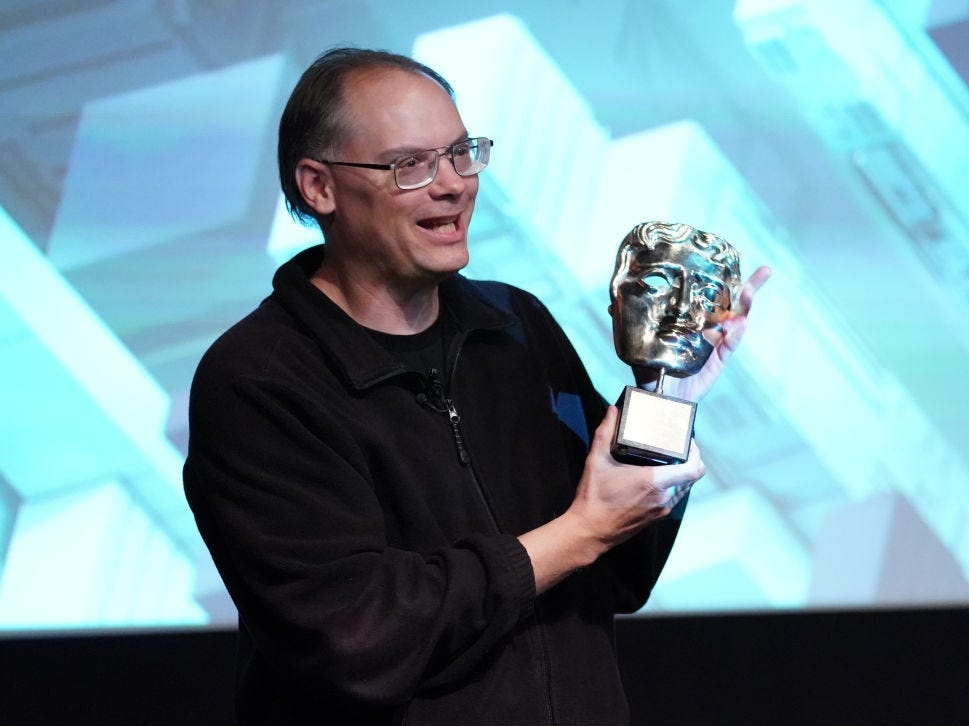 When Sweeney was a preteen, he visited his eldest brother in San Diego, California, at a startup he was working at, which had an IBM computer. His brother taught him how to program on it, and Sweeney spent the rest of the rather impressionable trip "just programming the computer, figuring things out." After turning 11, Sweeney spent hours on the Apple II Plus computer his brother gave him and used it to program video games. Sweeney told The Wall Street Journal in an interview that he spent more time "programming than I think I was sleeping or in school or doing any other one thing in the world." Sweeney would play Nintendo's "Super Mario Bros." when he was a child as a way to "discover what games were doing and how they were doing it," according to an interview with video game website Kotaku in 2011. Aside from gaming, the inquisitive future CEO would disassemble lawnmowers, radios, and TVs to see how each functioned. He was also a big fan of arcades. Sweeney attended the University of Maryland as a mechanical engineering major. During his second year of college, he decided to go all-in with gaming by creating his first full-fledged video game, "ZZT." He also founded his company, Potomac Computer Systems, which would later become Epic Games, to develop "ZZT."

Despite being a gifted young coder, Sweeney didn't initially know how to program graphics, like "actual characters and objects," into "ZZT." Instead, he used symbols and smiley faces that would attack monsters and "run through levels." The hardware also functioned as an editor, so users could create their own games with it. He released the game in 1991. Sweeney dropped out of college just one credit shy of graduating, and moved back in with his parents in Potomac, when he was 20. He used the $4,000 in his savings and began working on what would later become Epic Games in his parents' garage. For quite some time, customers who were interested in buying a copy of "ZZT" sent checks to Sweeney's parents' house, and waited for a disk copy of the game to come in the mail. Sweeney sold "several thousand" copies of "ZZT" while living with his parents. He rebranded his company as Epic MegaGames, a name Sweeney said was "kind of a scam to make it look like we were a big company." With new orders coming in daily, Sweeney was able to move out of his parents' house in 1999 and quit his side gig mowing lawns. Epic eventually dropped the "Mega" from its name. 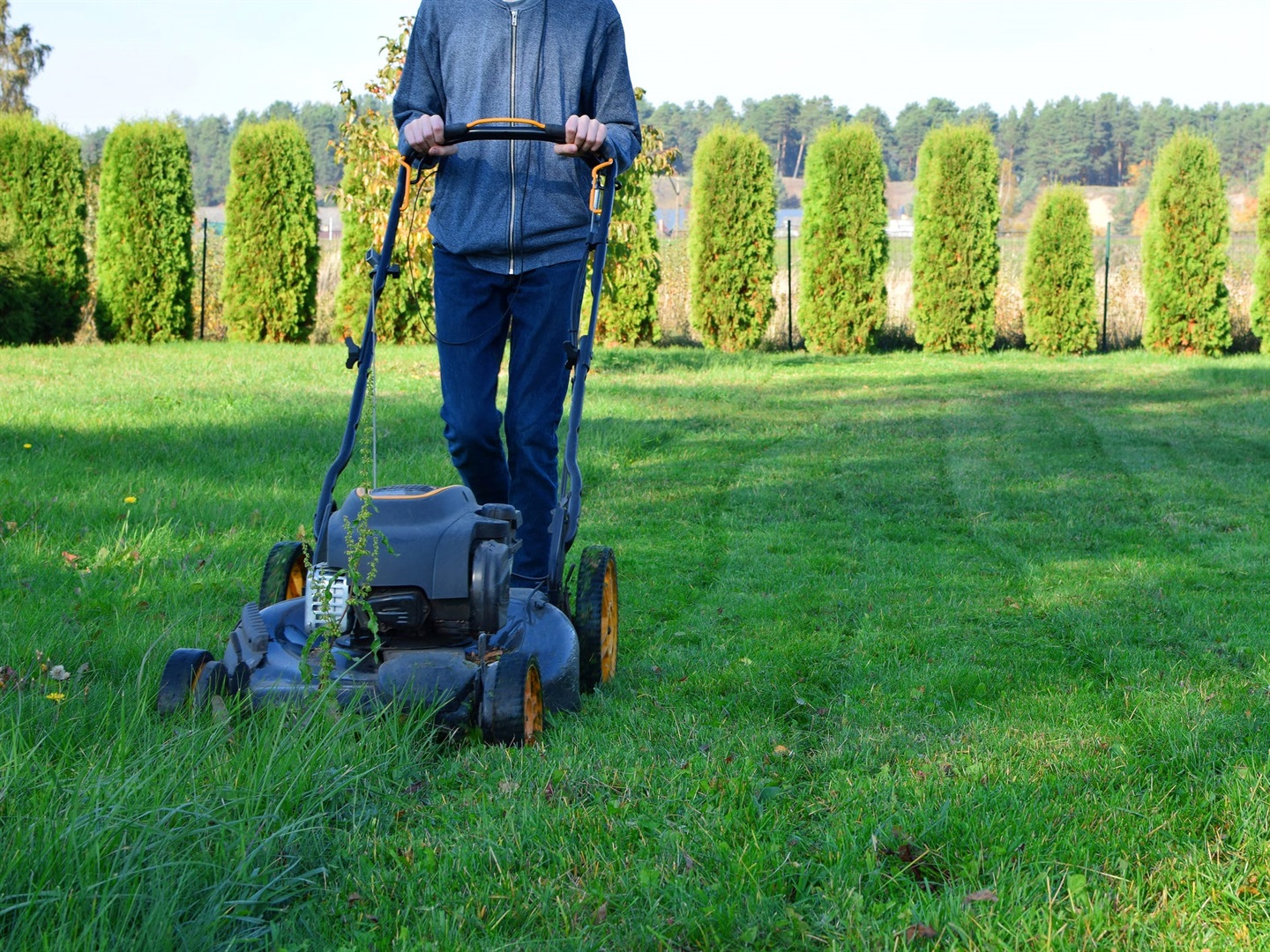 Sweeney then moved Epic to Cary, North Carolina, where it remains to this day. At the start, Sweeney's primary role was still programming — until the release of "Unreal," the company's inaugural first-person shooter video game. "Unreal," which was released in 1998, was a PC-based game that allowed users the ability to play together on separate computers. The 3D graphics technology behind the game was called the Unreal Engine, and it became a foundational element of Epic's future business. In 2006, Epic's "Gears of War" was released. It was built for Microsoft's Xbox 360 using the Unreal Engine. The New York Times described the game as "a more deliberate, thoughtful sort of shooter [with] plenty of action and gore." The publication also called "Gears of War" one of the "best looking" games. The "Gear of War" series has spawned a slew of sequels across Xbox 360, Xbox One, and Windows 10.
The Coalition

Following the launch and commercial success of "Gears of War," Sweeney indulged. According to an interview he gave to the Journal in 2019, he had a "Ferrari and Lamborghini in the parking lot of my apartment ... People who hadn't met me thought I must be a drug dealer." He has since gotten rid of the flashy sports cars. Epic Games is also responsible for games like "Shadow Complex" and the "Infinity Blade" series, both role-playing fighting games set in past and futuristic time periods. In 2013, Chinese tech company Tencent invested $330 million into Epic Games for a 40% stake. Epic revealed a new game it was working on in 2011, "Fortnite." It was introduced as a survival-style game with a smaller scope than the blockbuster "Gears of War" series. It was another six years before the game launched: Epic didn't start offering early access to "Fortnite" until mid 2017. Everything changed for Sweeney and Epic Games in September 2017 with the release of "Fortnite Battle Royale" — a free-to-play battle royale model of the game where users "collect resources, make tools and weapons, and try to stay alive as long as possible." The game found worldwide success just a few months after its release, amassing over 200 million players across seven different game platforms. Sweeney, however, does not like to take credit for the success of "Fortnite" — he credits it largely to the game developers on his team. The Journal reported, "the entrepreneur is adamant about one thing: He did not create 'Fortnite' — his employees did. He didn't design or program the game" — but he did create the company that did. Even though "Fortnite" is free-to-play, Epic Games receives revenue from it "entirely from in-game purchases, even though the virtual goods give players no competitive advantage." Character costumes, called "skins," seasonal "battle passes," and accessories can anywhere from a few dollars to nearly $20 each. With over 350 million registered "Fortnite" players, the company has made well over $4 billion since launch in September 2017. With the blockbuster success of "Fortnite," Sweeney skyrocketed onto Bloomberg's Billionaires Index with a net worth of $9.4 billion. This puts him above other billionaires like Marc Benioff and Gabe Newell, but well below tech giants Bill Gates and Jeff Bezos. 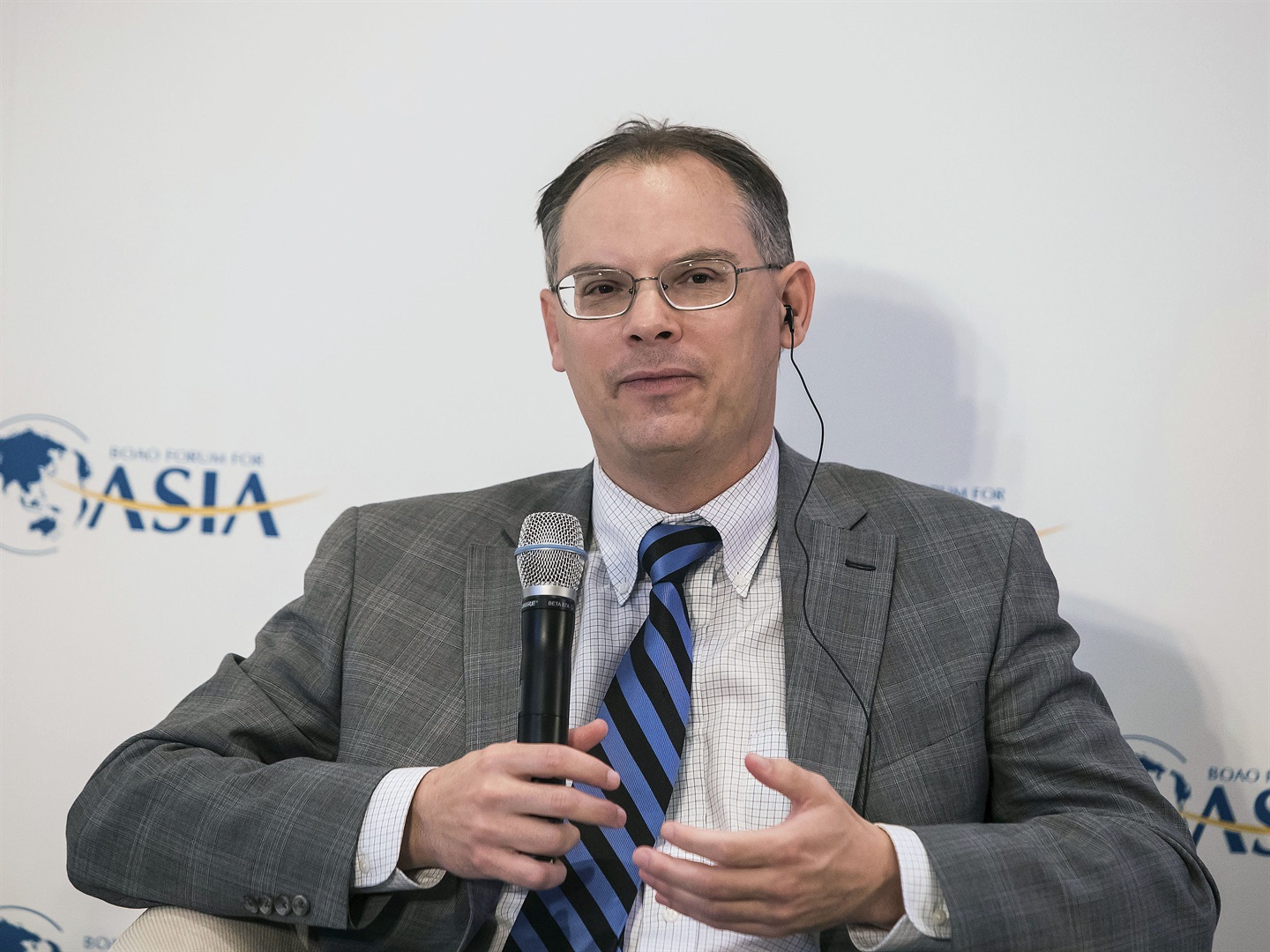 "Fortnite" has not only made Sweeney a richer man, but many "Fortnite" players as well. Tyler "Ninja" Blevins reportedly made $1 million a month playing the game and streaming it on Twitch. And every summer, Epic Games hosts a "Fortnite World Cup" where players can win a piece of a $30 million prize. Blevins eventually took a deal with Microsoft to stream "Fortnite" exclusively on their game streaming service, Mixer. When that service shut down this summer, Blevins moved to YouTube.
Epic Games

Sweeney is a very casual guy. His workplace attire consists of t-shirts and cargo pants. When people go to an interview at Epic Games, they are advised not to wear a jacket and tie. Despite having a sports car infatuation at the beginning of his career, Sweeney has since spent his millions on conservation efforts in North Carolina. He bought 193 acres in Alamance County for preservation and donated $15 million to protect 7,000 acres of forests in western North Carolina. Since the launch of "Fortnite" in 2017, Sweeney has turned his attention to two major new ventures: Launching a digital gaming store in the Epic Games Store, and a battle with Apple and Google over "Fortnite" royalties.

Epic Games
In mid-August, Epic issued an update on Apple and Android smartphones to "Fortnite" that allowed players to bypass the companies' digital payment systems. Instead of Apple and Google, payments went directly to the "Fortnite" studio, Epic Games. In response, both companies removed "Fortnite" from their respective app stores.

Beyond cutting out Apple and Google, Epic incentivized buyers to pay it directly by charging 30% less for the same in-game currency amount.
Epic Games
After "Fortnite" was removed from Apple and Google's digital storefronts, Epic filed suits against both companies. An advertisement was also rolled out, which directly parodied Apple's famous "1984" advertisement:
Sweeney has railed against Apple and Google's digital storefronts as "monopolies" for years, and "Fortnite" is the leverage he's using to turn his criticism into potentially impactful action. What will happen in court is anyone's guess, but we know one thing for sure: Apple isn't budging.

"The App Store is designed to be a safe and trusted place for users and a great business opportunity for all developers," Apple said in a statement on August 17. "Epic has been one of the most successful developers on the App Store, growing into a multibillion dollar business that reaches millions of iOS customers around the world. We very much want to keep the company as part of the Apple Developer Program and their apps on the Store. The problem Epic has created for itself is one that can easily be remedied if they submit an update of their app that reverts it to comply with the guidelines they agreed to and which apply to all developers. We won't make an exception for Epic because we don't think it's right to put their business interests ahead of the guidelines that protect our customers."