From German chocolate cake to chili con queso, here are 15 foods you think are from other countries but are actually American There are many dishes regarded as "foreign" that were actually invented in America.
Crystal Cox/Business Insider

What makes a food "American"?

Unlike people, food can't undergo a citizenship test. Plenty of cuisines have been adapted from other cultures in order to appeal to American palates. And in fact, most American foods that are commonly eaten today have foreign origins, by virtue of America being a country of immigrants.

But there are also quite a few dishes commonly regarded as "foreign" that were actually invented in America. Here are 15 of the most famous ones: 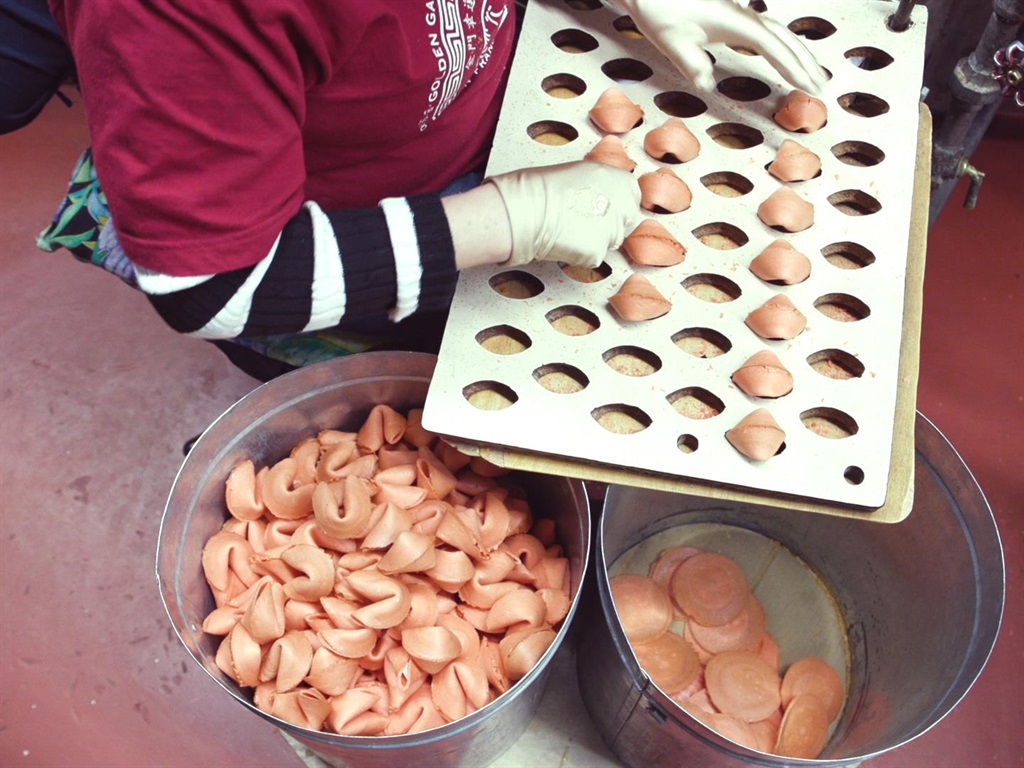 Long associated with American Chinese food, the fortune cookie was actually invented in San Francisco by Japanese American baker Suyeichi Okamura. According to the National Museum of American History, Okamura was the sole supplier of the fortune cookie to the Japanese Tea Garden in Golden Gate Park until all Japanese Americans were sent to internment camps. As a result, Chinese businesspeople took up production of the cookie and started selling it in Chinese restaurants. Crunchy, sticky, sour, sweet - orange chicken is one of the most addictive Chinese American foods out there. But it doesn't have much to do with China. The iconic chicken dish was actually invented in Hawaii in 1987 by Panda Express chef Andy Kao, who was classically trained in French cuisine. While the winning combination of sugar and soy sauce has long been used in many Asian cuisines, what most Americans know as "chicken teriyaki" was first sold in 1976 in Seattle, by Toshihiro Kasahara. The signature sauced-up, grilled-to-a-crisp chicken recipe was developed by Kasahara, who said, "I wish I could say it was from my ancestors." The origin of the chimichanga is the subject of much debate, although most historians agree that it was invented in or around Tucson, Arizona. The origin story that holds the most weight is the one that says that in the 1940s or 1950s, El Charro Cafe owner Monica Flin accidentally flipped a burrito she was making into a vat of hot oil and muttered a nonsense expletive, "chimichanga," to protect the ears of her young nieces. What we know as the "English" muffin was actually invented in New York City in 1984 by English immigrant Samuel Bath Thomas. Originally dubbed a "toaster crumpet," Thomas' English muffin hardly resembled actual English crumpets, which were more like porous pancakes. Instead, Thomas' "toaster crumpet" was designed to be ideal for toasting. Its interior's many edges and divots made it the ideal surface for spreading jam and butter. Spaghetti can be found in Italy, as can meatballs. But before Italian immigrants started putting the two together in the late 19th century, spaghetti and meatballs were largely eaten separately. The availability of spaghetti, canned tomatoes, and ground meat meant that Italian immigrants cooked what they could with what they had, which led to the spaghetti-and-meatballs dish Americans know and love today. In the late 19th century, Cuban immigrants flocked to Florida, bringing with them an affinity for roast pork. The mix of fillings that make up the Cuban sandwich first appeared, according to legend, in Tampa, in an enclave of Cuban factory workers. Among factory workers, it was known as a "mixto," in reference to its combination of meats. Later on, an Italian named Francisco Ferlita invented a rectangular bread scored by palmetto leaves on top and called it Cuban bread. The mixto and the Cuban bread came together and have been inseparable ever since. Ok, so pasta primavera was actually invented abroad - in the Canadian province of Nova Scotia. New York chef Sirio Maccioni was on a trip with friends when their culinary experiments resulted in the recipe that would become pasta primavera. When he came back to New York, Maccioni started serving the dish at his restaurant, Le Cirque, where it became all the rage for the next decade or so. Although there is a multitude of stories about the origins of chop suey, it's agreed that the dish didn't originate anywhere near China. Instead, it's most likely that the dish - which roughly translates to "assorted mix" - originated during the late 19th century as a cheap and filling worker's meal for Cantonese American railroad workers and miners. These immigrants had very little to work with, but their haphazard combination of odds and ends became popular throughout the country as "chop suey." 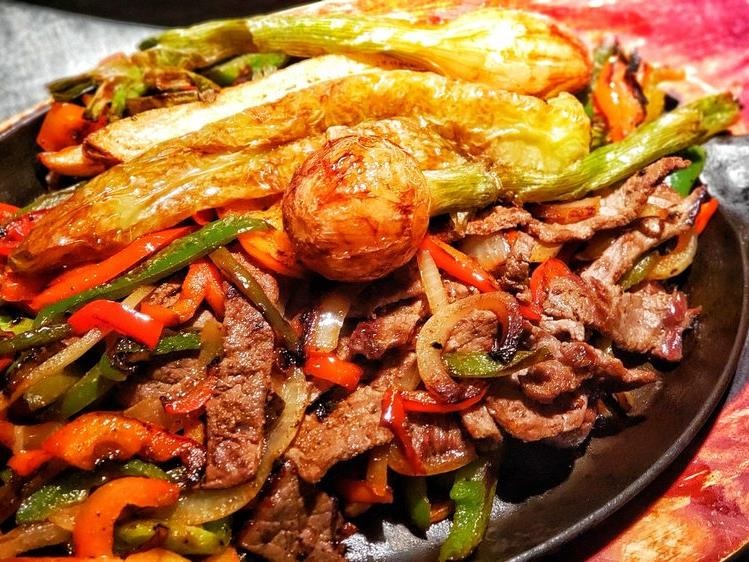 Have you ever seen skirt steak sold at a supermarket? Well, "fajitas" is simply Spanish for "little skirt." The origin of fajitas as the dish we know today traces back to Mexican ranch workers in Texas in the 1940s. Workers were usually given the least desirable parts of a butchered animal, and they made tough, stringy skirt steak more appealing by tenderising and marinating it before eating it with a tortilla. 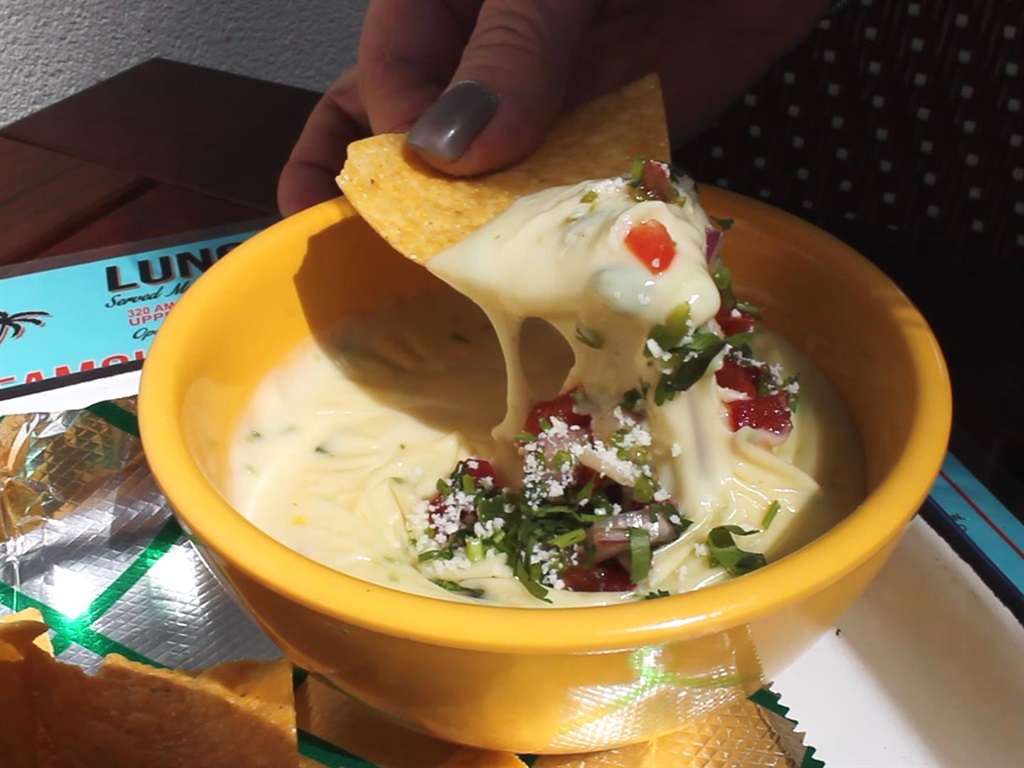 Many might think of chile con queso, or just "queso," as a Mexican food. And while there is a Mexican dish called queso fundido, since it's made with melting cheeses it has more in common with fondue than it does with American queso, which is made with processed American cheeses. Queso rose to prominence in Texas in the early 20th century, gaining popularity among Tejanos and non-Hispanic whites alike as processed American cheese became the new hot thing.

Sushi rolls with rice on the outside Sushi is originally Japanese, but the creative, colourful rolls found in American sushi restaurants are a distinctly American creation. Japanese sushi first came to the US in 1966, when Kawafuku opened in Los Angeles, California. However, it wasn't until the 1970s that sushi chefs began experimenting with ways to make rice and raw fish more appealing to American tastebuds. The result? California rolls, spicy tuna rolls, Philly rolls, Alaska rolls, and every kind of multicoloured, fantastically named sushi roll found in American sushi restaurants. The taco salad has its humble beginnings in the tiny Ta-Cup, which was created in the mid-20th century by Elmer Doolin, the inventor of the Frito brand. In 1955, the Ta-Cup made its way to Doolin's Casa de Frito restaurant in Disneyland, and as American foods tend to do, it grew bigger with time. Eventually, the taco cup became the taco salad. Let's just hope it doesn't get any bigger. Meat stew is a dish that's pretty ubiquitous around the world, but chili con carne has become a cult of its own. The origin of chili is also debated, but the consensus seems to be that it arose in the mid-19th century from the rancher culture of what is now southern Texas and northern Mexico. You'd be hard-pressed to find what Americans think of as chili in Mexico, but it abounds in Texas.