Ford, Volkswagen, and the self-driving-tech startup ArgoAI produced a flurry of news on Friday.

VW announced that it would invest R36 billion in ArgoAI, following a 2017 Ford funding of R14 billion and taking ArgoAI's valuation to more than R97 billion.

Ford and VW also announced an expansion of their alliance, first revealed in January. Ford will become the first automaker to utilize VW's MEB toolkit, a platform for electric vehicles. Ford said that it would launch a new EV by 2023 in Europe and over the ensuing six years deliver 600,000 vehicles.

VW CEO Herbert Diess and Ford CEO Jim Hackett have been evolving what appears to be a beautiful friendship at a time when automakers more than ever need to reduce the multibillion-dollar cost of developing electric and autonomous vehicles - and at a time when global auto alliances are under stress.

The Renault-Nissan-Mitsubishi alliance has become embattled as its architect and former chairman, Carlos Ghosn, awaits trial in Japan on charges of financial malfeasance. And a proposed Renault-Fiat Chrysler Automobiles merger collapsed last month; if it had gone through, it would have created the world's third-largest automaker.

The interesting wrinkle in the Ford-VW alliance is that it's very project-focused. Initially, the companies said that VW would gain resources from Ford to grow its commercial van and midsize pickup-truck capability. In January, they indicated that autonomous and electric vehicles were on the table for further discussion, and now they laid out their strategy on that front. For Ford, the win is for its European business, which could benefit enormously from using the MEB platform as the continent moves toward reducing vehicle emissions.

Interestingly, Ford and VW have presented a highly collaborative framework on autonomous- and electric-vehicle development and manufacturing, but they intend to diverge when it comes to bringing products to market.

The brave new era of "coopetition" 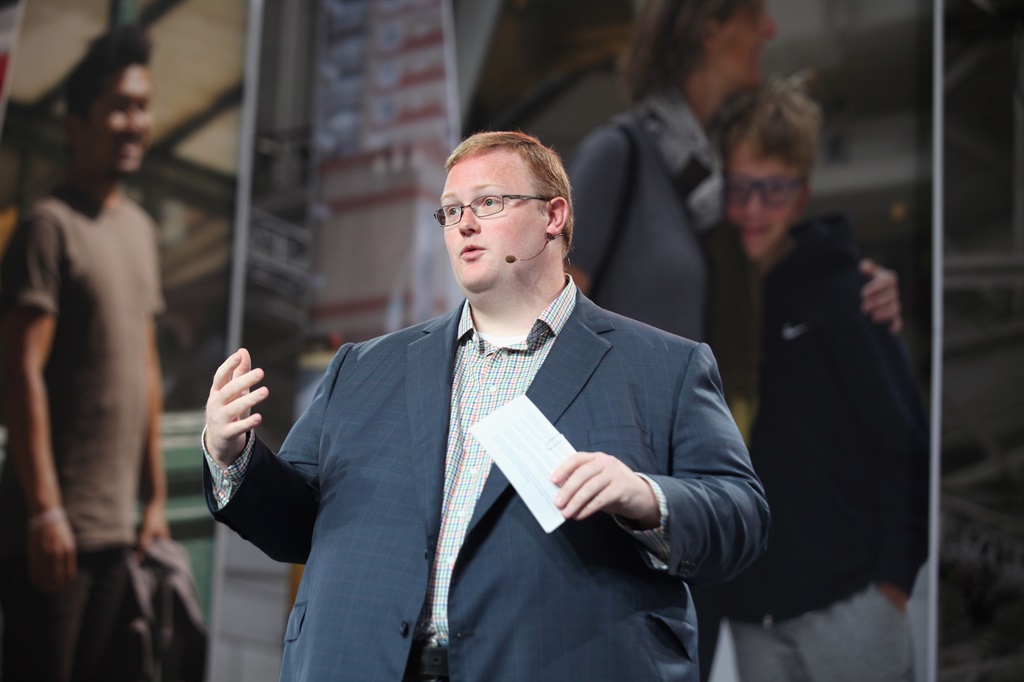 Hackett called this "coopetition" at the Friday press conference in New York where the execs announced the news.

"Herbert and I found an intellectual alignment," he said. "We agree, and that's why the coopetition is able to happen."

As a practical matter, the arrangement means that Ford is able to essentially buy electric-vehicle engineering from VW and partner with VW to boost ArgoAI's prospects, but later Ford would sell its products and services however it wants and even compete directly with VW.

"While Ford and Volkswagen remain independent and fiercely competitive in the marketplace, teaming up and working with ArgoAI on this important technology allows us to deliver unmatched capability, scale and geographic reach," Hackett said in a statement.

The same applies to EVs, where VW is hardly taking a back seat. According to Diess, VW aims to produce 15 million vehicles using MEB over the next 10 years, with 27 models in the first wave and 70 models by 2028.

Alliances in the auto industry have a fraught history. The durability of the Renault-Nissan matchup was admirably exotic. To a degree, only Ghosn's force of will and cult of personality kept it together. And while the Renault-FCA merger embodied clear industrial logic - both automakers have too much manufacturing capacity in Europe - it founded on politics.

Ford and VW's collaboration-competition model could form the basis for these arrangements between huge global firms going forward. Each partner shares in the up-front savings without needlessly sacrificing marketing power down the road. We'll have to wait to see how it shakes out, but the theory is that Ford and VW would be able to achieve good profits at the end of the day - enough to justify surrendering some engineering autonomy.

"Ford makes sense for us," Diess said. "We have a lot of shared values."

Related Links
Here's what makes the developing Ford-VW alliance unique: 'coopetition'
Ford and VW have stepped up their alliance — Ford will develop an electric vehicle using VW tech
The ingenious quick fixes South Africans are coming up with to stop Ford break-ins
Next on Business Insider
The SA Post Office is still looking for someone to sort its finances – and keep workers healthy