8 foods to avoid if you want to reduce your chances of cancer, diabetes, and early death Healthy eating can feel like a tricky game. Some diet gurus insist that carbs are bad, while others suggest that low-fat foods can help people slim down.

The truth is more complicated, though, and nutrition experts are starting to insist that there's just no eating plan that's right for every body.

Still, there are some foods that scientists have found - after years of studying people who eat them around the world - to be associated with negative health outcomes.

Here are eight of the worst offenders, which science has suggested up our odds of developing cancer, gaining weight, contracting diabetes, and ultimately perishing earlier than we should.

Meats from the grill and other burnt foods. 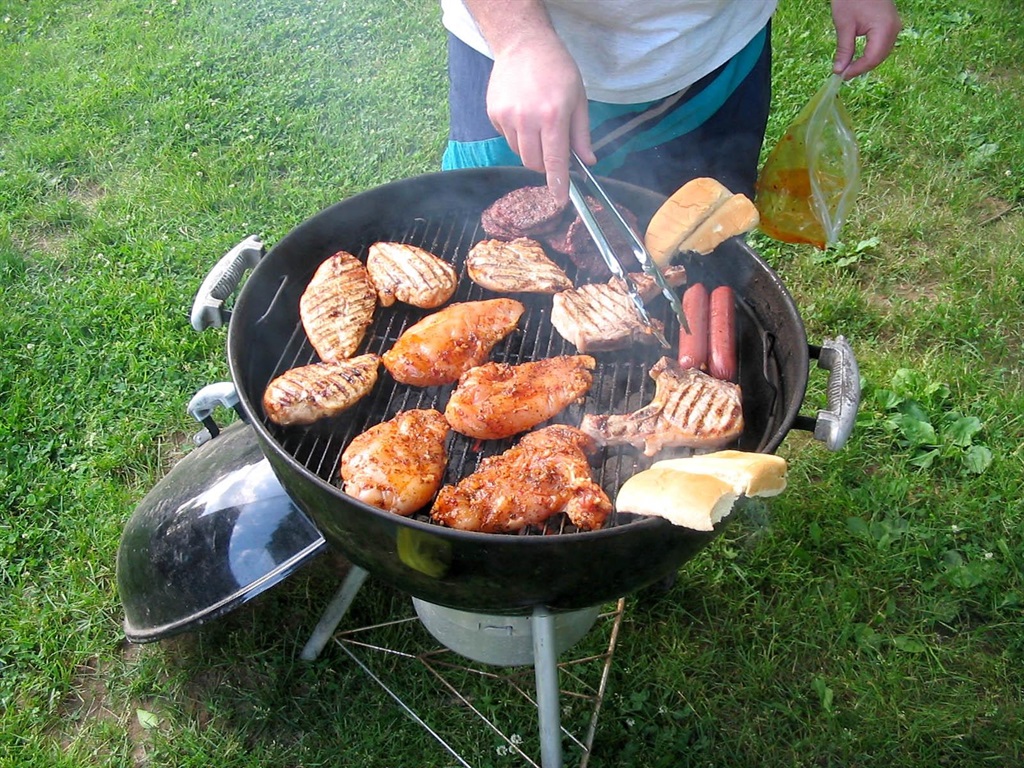 Burnt items - whether that be something charred over coals, browned in a toaster, or even a lit cigarette - aren't great for human health in big doses.

When meats like chicken, pork, beef, or fish are cooked or fried at high temperatures, they form compounds called heterocyclic amines, (HCAs), as well as polycyclic aromatic hydrocarbons (PAHs). These compounds can prompt DNA changes that may increase a person's cancer risk.

But the way that these compounds work in tandem with others inside our bodies is complex and still not fully understood. (One study from Kansas State University found that marinating meats in spices like rosemary, thyme, oregano, and sage may cut down the HCAs in a piece of meat by 87%.)

Another potentially risky compound that forms when food gets browned is acrylamide - it's one of the toxic chemicals smokers inhale. When foods like bread, coffee, or french fries are roasted, fried, or baked at high temperatures, they produce acrylamide. But there's no good evidence that a little browning is harmful. In fact, California recently reversed its cancer warning for coffee, saying that "after reviewing more than a thousand studies, we concluded that coffee consumption does not pose a significant cancer risk."

Red meat (even when it's not grilled). The risks: Cancer and heart disease.

Tucking into a juicy steak or burger can be a treat, but you can have too much of a good thing.

Beef, ham, lamb and other red meat contain a protein called haem that can damage the intestinal lining, increasing the risk of colon cancer.

There's also no fiber in meat, so it's important to supplement any meaty meals with fresh, nutrient-rich veggies. One recent study found that people who consumed more red meat had an increased risk of death over time, though that could simply be because people who eat a lot of meat generally eat less fresh produce, and therefore miss out on the health-boosting benefits of vegetables.

In addition, many red meats are high in saturated fat and cholesterol, too much of which can clog the arteries and increase the risk of a heart attack or a stroke. But lean, unprocessed meat can contain nutrients like iron, zinc, vitamin D, potassium, and B-vitamins, as well as protein. The American Heart Association recommends choosing high-quality red meats and sticking to reasonable portion sizes. Many foods naturally contain sugar, including fruit, grains, and dairy. Refined sugar is sometimes added to food often to improve its taste and lengthen shelf life.

Sugar can harm your health in several ways, in addition to simply causing you to consume more calories than you otherwise might. Too much of it increases triglycerides, a type of fat produced by the liver when it breaks down fructose. Triglycerides in the bloodstream can build up inside the walls of your arteries, contributing to heart disease.

Sugar is also linked to cancer, since it can damage cells. Once cancer is present, sugar can also speed the growth of tumors because cancer uses sugar as fuel.

An added problem is that sugary foods often contain "empty" calories that come without other nutrients, unlike the calories in vegetables, nuts, and fish.

Juice and other sweet drinks. For years, we've known that soda is bad for our health. Juice may not be that much better, even the fresh, 100% natural kind.

A recent study published in the journal JAMA analyzed years of health records from more than 13,400 black and white US adults. The scientists found that each additional 12-ounce serving of juice that adults drank per day was associated with a 24% higher risk of death.

That doesn't mean juice kills people, but a mounting body of evidence suggests that fruit juice can be nearly as dangerous for our health as other sugary beverages.

Part of the problem is that when we drink sugar, fructose gushes into our liver, unabated by other nutrients like fibre that slow digestion and help us feel full and satiated. Over time, all those sweet drinks can lead to sour consequences.

A 34-year study of more than 118,000 men and women across the US released earlier this year found that people who sip more sugar-sweetened beverages are more likely to die from all sorts of illnesses, especially heart problems and cancers. That study suggested that diet soda and sugar substitutes may not be much better if consumed in large doses.

The risks: Overeating, cancer, and diabetes.

A processed food can refer to any item that's not part of an edible plant, animal, fungus, or algae.

Scientists studying people who eat a lot of ultra-processed foods - like factory-made chicken nuggets, granola bars packed in plastic wrappers, and carbonated soft drinks - are discovering that people who rely on these foods regularly have higher rates of some deadly diseases.

What's more, those people also tend to pop more food in their mouths on a regular basis than they would on a fresher diet. A groundbreaking 2019 study from the National Institutes of Health found that people who were fed ultra-processed meals for just two weeks ate 500 more calories each day and gained more weight than they did when offered the same amount of nutrients from less processed food.

"There really is a causal relationship between ultra-processed foods and how many calories people choose to eat," lead researcher Kevin Hall told Business Insider in May.

Other researchers have connected packaged and ready-made foods with more cancer cases of all kinds and more early deaths. Refined grains are found in items like white breads, pasta, rice, breakfast cereals, and baked goods like muffins. Although these foods may seem like deliciously simple meal choices, they are often sugary and processed.

And importantly, none of them are whole grains. Instead, they've been stripped of their outer shells: the germ and the bran that provide fiber, vitamins, protein, and fat.

Instead of starting the day with sugary cereal, many dietitians and nutrition experts suggest having a cup of plain Greek yogurt topped with nuts and berries. That will give your body healthy fat, protein, and fiber to keep you full.

Alcohol, be it beer, wine, or liquor. The risks: Cancer and weight gain.

One problem with drinking is that the ethyl alcohol in boozy beverages irritates tissues, making them more susceptible to damage from carcinogens.

Heavy drinkers are more likely to experience long-term health issues - a 2018 study found that drinking higher quantities of alcohol is associated with an increased risk of developing all kinds of cancers.

Since most alcoholic drinks are also high in sugar, that can compound the detrimental effects and lead to weight gain over time.

Like most things, however, drinking in moderation is associated with minimal health risks (and maybe even a few benefits), so don't sweat it if you enjoy a beer or glass of wine on occasion. It almost goes without saying, but there are a few things that border on edible that you should never, ever eat. That includes mold growing on leftovers in your fridge and poisonous mushrooms like the death cap and autumn skullcap (and, of course, your coworker's lunch in the office fridge).

But in general, most foods are fine to eat occasionally, particularly if you stay aware of health risks and build your diet around fresh produce, healthy fats, and unrefined whole grains.

Related Links
I ate like Meghan Markle for 10 days and could easily keep it up forever
There's now evidence that junk food like pizza and chips could reduce your sperm count, but...
A KFC franchise owner in a remote area of Australia thinks his restaurant is worthy of a Michelin...
Next on Business Insider
The age of social distancing is over, according to the CDC