Luca Bruno/AP Images
No one has more insider knowledge about flying than flight attendants.

By talking to these veteran globetrotters, we were able to unearth 11 secrets about flying.

Whether you want more attentive service or to avoid getting kicked off your flight, read on for the inside scoop: Saturday Night Live/YouTube
Annette Long, a flight attendant with 17 years of experience, told Business Insider that, though opening a door mid-flight is impossible to do, trying it will still get you into trouble.

As we've seen in previous incidents, passengers who try to make a jump for it while the plane is in the air usually wind up restrained mid-flight and in handcuffs once the plane lands. In some cases, pilots will make an emergency landing to get the passenger off the flight.

"I don't make those decisions," Long said. "I convey the information to the cockpit and the chief flight attendant, and they make the decision about whether or not we're going to land and get someone off the plane.

The plane isn't getting cleaned as much as you'd hope "The dirtiest part of the plane has to be the tray tables. People constantly lay their heads on them, change babies diapers, and rest their feet on them," a flight attendant for JetBlue told Business Insider. "I wouldn’t eat off of that even after sanitising it."

What's more, "remember, they're using a rag to start row one, and when they end up in row 35, that rag has wiped a lot of tables," Long said. Unsanitary incidents occur on the plane that passengers rarely see or consider, like accidents in the lavatory or a passenger's seat. "Just so you know, when you go to the bathroom and you're barefoot or you're in your socks, that's not water on the floor," Long said.

"It's just not the cleanest environment," she said. You may want to avoid the plane water 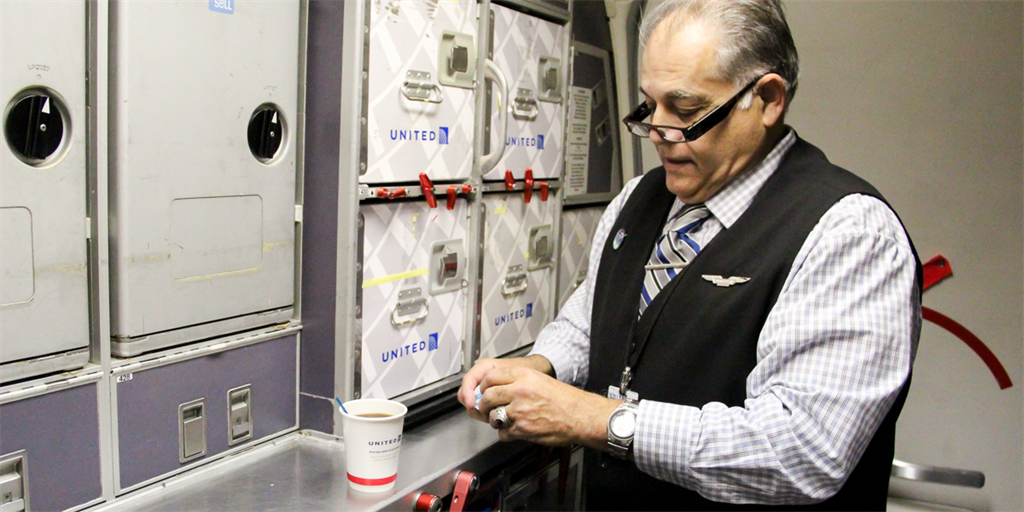 In response to the Quora question "What are the weirdest things flight attendants have seen in their line of duty?" former flight attendant Heather Wilde said among the strangest were people who made soup using the airline water. "Guys, the water lines haven't ever been cleaned — ever," she said.

"I bring my own," one flight attendant with four years of experience told Business Insider. "Plane water isn't the best."

Riley, a flight attendant for three years, told Business Insider that all the drinking water is bottled. "As for the coffee and tea, it does get very hot, and I like to think that kills all the germs," she said.

Another flight attendant who asked to remain anonymous said whether or not he drinks the water depends on the time of year.

"During the winter I'll drink tea because the water tanks are so cold that there's less bacteria build up, and the water comes out so hot that it kills most germs," the flight attendant said. "But during the summer and warmer months, I'll bring my own tea from home."

Flight attendants need you to keep the shades open 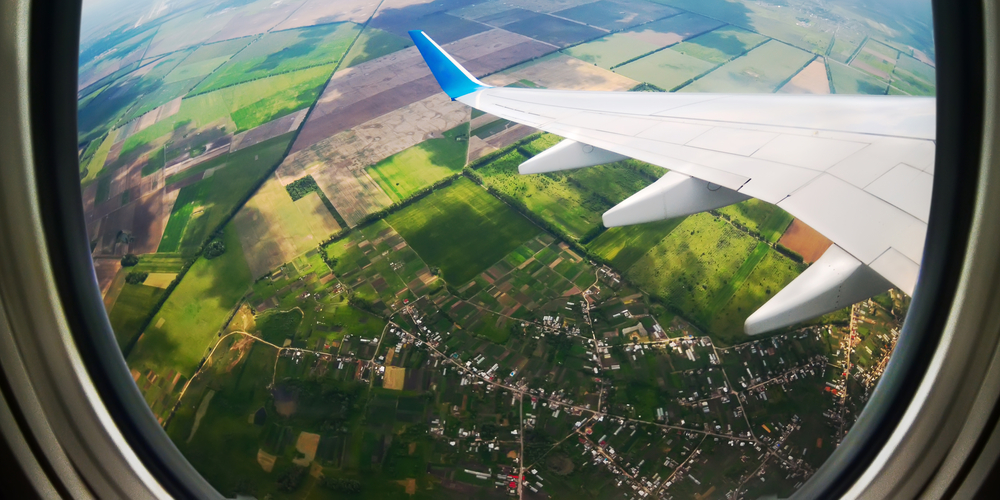 "According to my training, the emergency exit shades have to be up because flight attendants are required to assess the conditions outside before they open the door. If there's fire, deep water, or rocks outside that exit, that would make it unsafe for us to go through there, and the flight attendant would have to make that determination fairly quickly," Long said.

You're not allowed to Bring Your Own Booze "Some people will go to the local liquor store and bring their mini bottles of booze on the plane," Long said. "We always know who you are; we always find it. "You can't serve yourself," she said. "We need to know how much you've had to drink so we're not overserving you, because the higher you fly and the longer you go, the more the alcohol affects your brain." Long said that no one ever officially 'dies' on a flight — "we don't pronounce them," she explained. That happens once the plane lands.

"When a medical situation happens in the air the flight attendants are not allowed to call time of death, so we have to continue doing everything we can to keep someone alive, even if they are already gone," an anonymous flight attendant told Business Insider.

Long said, though thankfully she's never been in the situation, if a passenger were to die mid-flight, she would likely keep them in their seat.

"I would probably put a blanket over the person so it would become less of something to look at. You want to maintain dignity and respect for someone who passed away. You don't want anyone staring at them. That would be really sad," she said. It turns out there is no one-size-fits-all rule about what to do with a deceased passenger. According to Quartz, the International Air Transport Association, which represents most of the world's airlines, advises flight crew to move a deceased passenger to a seat with few fellow travellers nearby.

If this isn't possible, flight crew might place the deceased in the galley or move the passenger to first class.

Or, in the rare case there is one on the aircraft, crew could place the deceased in a compartment referred to as the "corpse cupboard."

If no seats are available, the deceased would likely be left in their seat.

Using the bathroom before takeoff could delay the flight When a passenger gets up to use the bathroom, flight attendants must alert the flight deck, Bingochea says.

Legally, pilots cannot take off when passengers are in the bathroom. "Once the aircraft starts moving, there's always the fear of someone falling down, and we're in that position of liability if we don't let the captain know," he says.

Once the passenger exits the bathroom, flight attendants must give the flight deck the all clear to start moving.

Service is usually better at the back of the plane We bet you didn't know any of this.
Rachel Gillett/Business Insider

As Annie Kingston, a flight attendant for four years, writes for Oyster:

"While most passengers tend to choose seats that are at the front of the aircraft so that they can disembark first and have a better chance of securing their preferred meal option, flight attendants know that if you're sitting towards the back, you'll receive the most attentive service. "The reason is simple: We like to avoid responding to call bells from the front of the plane because answering one means potentially flaunting whatever item the passenger has requested to everyone else along the way. This can cause a problem since planes often don't have enough extra vodka, pillows, earplugs, and toothbrushes, or the time on shorter flights to deviate from the service schedule.

"For passengers sitting near the back of the plane, however, it's much easier to slip in that second mini bottle of wine."