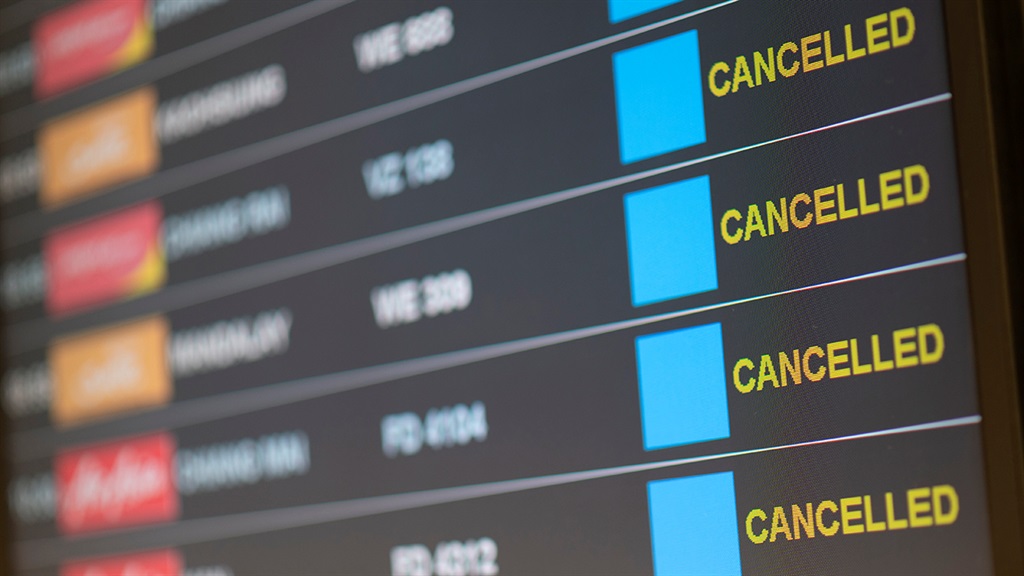 Omicron-induced travel bans saw a mass cancellation of flights to South Africa in December, with bookings dropping by around 85% compared to the month before.

Controversial travel bans imposed on South Africa and neighbouring countries immediately following the detection of Omicron have had a devastating impact on airlines and the tourism industry. Within mere hours after scientists from South Africa's Network for Genomic Surveillance announced the discovery of the new variant on 24 November, travel bans began to mount.

The United Kingdom, South Africa's main source market for international tourists, was the first to react by reimposing the red list categorisation.

Within 48 hours, South Africa's tourism and hospitality sector had lost R1 billion in cancelled bookings. Within two weeks, at least 90 countries had implemented harsh restrictions on travel to and from South Africa, according to the International Air Transport Association (IATA).

This came at the worst possible time for South Africa's embattled tourism sector, which had hoped for a bumper summer season following the easing of bans just a couple of months earlier.

The travel bans, which have slowly begun to ease in recent weeks, have been described as unscientific, discriminatory, and infective in halting the spread of Omicron.

Flight data tracking bookings throughout November and December, published by IATA on Friday, has revealed staggering losses incurred by airlines as cancellations and refunds mounted.

"The number of tickets bought to travel to, from, and within South Africa fell from roughly 45% of pre-crisis levels prior to the outbreak to around 7% in the first week of December," IATA noted in its economics' chart of the week. Total bookings to, from, and within South Africa (IATA)

The swift decline in international bookings to South Africa, recorded by IATA as a comparison to pre-pandemic levels in 2019, was even more severe.

"There are net negative bookings [fall below -100%] for roughly 10 consecutive days in early December, which is worse than the total," an IATA spokesperson in Geneva told Business Insider South Africa.

"Aggregating over the full month, bookings to South Africa in December were circa 85% below bookings in November, although this does not adjust for any seasonal patterns."

The "rare occurrence" of negative net bookings was previously, and most notably recorded, at the height of hard global lockdown in March and April 2020. "At the peak of the disruption in early December, revenue from tickets sold became negative, as airlines had to refund would-be passengers. In other words, the money made on tickets sold earlier was offset by those refunds," said the IATA spokesperson.

The situation has shown signs of improvement since those dismal days in early December. South Africa's major travel routes with the UK, United States, Australia, and, most recently, much of Europe, have since reopened.

International bookings to South Africa, measured as a 7-day moving average, had improved to roughly 65% below pre-Covid levels. And while bookings have slowly started to increase, travel plans to South Africa have not yet recovered to levels recorded in November, which were around 40% below bookings during the same period in 2019.

"More broadly, South Africa's experience with Omicron points to the pandemic possibly becoming endemic, with a reduced impact on human activities as the virus continues to mutate. This would be good news for aviation in the medium term," said IATA.