The 12 hottest video games you shouldn't miss in early 2019 Square Enix/Disney
The break is over, and we're heading full speed into a new year that's jam-packed with major video games.

And that's before we start talking about risky new blockbusters like "Anthem," from the folks behind "Mass Effect," and the first-ever "Mario Kart" game for smartphones!

Here's what to expect from the world of video games across the next three months: The long-awaited remake of fan-favorite horror classic "Resident Evil 2" is nearly ready - it's set to arrive early in 2019, just like so many other great games currently in development.

"Resident Evil 2" introduced the world to Leon S. Kennedy (seen above) - the main character in "Resident Evil 4." Kennedy and Claire Redfield find themselves in the middle of a surprise zombie outbreak in the fictional town of Raccoon City. It's an action-packed introduction to many of the major themes of the "Resident Evil" franchise, and it's getting gorgeously remade for modern consoles. Woody, Buzz, Rex and the rest of the "Toy Story" gang are moving from film to video games with "Kingdom Hearts 3," an upcoming Xbox One and PlayStation 4 action-adventure game.

The game is the long-anticipated third entry in the "Kingdom Hearts" series - the last major entry, "Kingdom Hearts 2," launched all the way back in 2005 on the PlayStation 2. In "Kingdom Hearts," various Disney characters and their worlds are mashed up with characters that would be right at home in a "Final Fantasy" game. Yep! That game was "Far Cry 5," and it came out back in late March on PlayStation 4, Xbox One, and PC. The open-world first-person shooter was set in America for the first time ever, and featured a new antagonist: a maniacal cult leader with nuclear ambitions.

"Far Cry New Dawn" is a sequel to that game, set in a post-apocalypse Montana 17 years after the events of "Far Cry 5." The trailer alludes to a period of extreme weather following a nuclear detonation, eventually leading to a new world - a world where people shoot saw blades from crossbows, apparently. 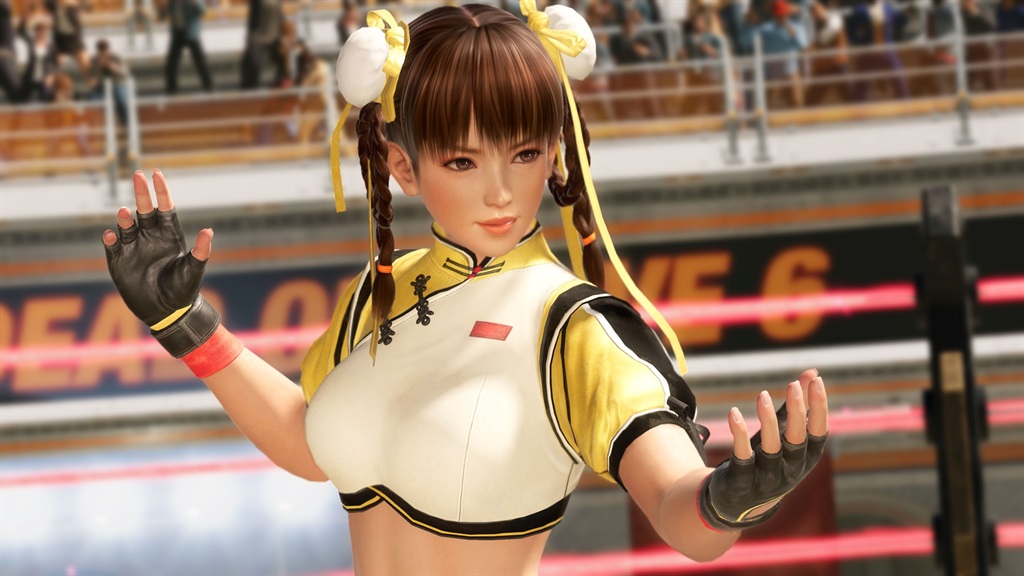 The fighting game renaissance is in full swing, and "Dead or Alive" is the next major fighting series to get a new entry in 2019. "Dead or Alive 6" continues in the tradition of the dozens of "Dead or Alive" games before it, featuring 3D fighting focused on counters and parries.

If history is any indication, "Dead or Alive 6" will also feature stages with multiple areas and interactive elements. We'll see soon enough, as the game is due out in just a couple months. "Crackdown 3" has been in the works for years at this point, having been delayed multiple times.

As the name implies, it's the third game in the open-world, third-person action "Crackdown" series. But this time, apparently, it stars Terry Crews.

The series is big on mobility - allowing you to go anywhere you want - and huge explosions. It looks like the third game in the series is no different in this respect.

Since "Crackdown 3" is published by Microsoft, expect it to arrive on the Xbox Game Pass service at launch - instead of buying the game for $60, you could always play it through Game Pass for far less. Remember "Mass Effect"? How about "Dragon Age," or "The Knights of the Old Republic"?

That trio of blockbusters came from the folks at EA's BioWare studios - the same people behind next year's "Anthem," an all-new action-RPG. Like "Destiny," BioWare's "Anthem" is played online and focuses on players grouping up to collectively take on missions.

Frankly speaking, what we've seen so far looks gorgeous and thrilling. Each player has the ability to fly through the air, Iron Man-style, whenever they want. It adds a layer of exploration that makes it unlike anything else available. Like so many other video games, the "Metro" series is set in a post-apocalyptic wasteland. Unlike many of those games, "Metro" is set in Russia. It envisions a post-apocalypse shaped by nuclear radiation, dwindling resources, and unpredictable, extreme weather conditions.

It's a game about nuclear monsters, survival, and humanity. It's also a first-person shooter, so expect lots of shooting.

In "Metro: Exodus," the series finally exits the underground subway tunnels of previous games for higher ground. What you'll find there remains to be seen, but we're betting it's gruesome. The "Trials" series is years-deep at this point, and it's still a surprising delight. The game is pretty straightforward: carefully pilot a dirt bike through precarious stages that are rife with traps and pitfalls.

If you've spent any time watching bicycle or motorbike-based trials, you're no doubt familiar with what this game series is all about: Precision movement in extremely dangerous settings. "Trials" takes that formula and turns it into a risk-free video game, and then it adds massive, ridiculous explosions. Early 2019 is going to be rife with slick-looking third-person action games, and "Devil May Cry 5" is the perfect example.

The series is known for its ultra-stylish characters, deep fighting system, and over-the-top settings. If the first trailer for the game is any indication, "Devil May Cry 5" takes those ideas and runs with them (then leaps into the air and murders, like, two dozen flying demons). New York City? That's old hat - in "The Division 2," you're headed straight into the nation's capital to straighten out some bad guys from a third-person perspective.

As in the first "Division" game, players group up online to tackle missions. It's reminiscent of games like "Destiny" and the upcoming "Anthem" - a third-person shooter with a focus on cooperative play online. The folks behind the "Souls" series ("Demons Souls" and "Dark Souls") and 2014's incredible "Bloodborne" are back at it - only this time, instead of a Cthulhu-inspired Victorian setting, the new game takes place in Feudal Japan.

In "Sekiro: Shadows Die Twice," you play as a ninja out for justice. Like previous third-person action games from the folks at From Software, "Sekiro" promises to be extremely difficult. Any enemy can take you down, and your best bet is to carefully, tactically, take down each foe. Unlike previous From Software games, "Sekiro" features a major stealth component, as well as a ton of mobility (as seen above).

"Mario Kart" has been a big deal for more than 25 years. And now - finally- it's coming to smartphones as "Mario Kart Tour."

The game is scheduled to arrive before March 2019, when Nintendo's fiscal year ends, and thus far we have no indication that it will miss that deadline.

So, what is "Mario Kart Tour"?

That's the big question. Nintendo hasn't spoken of the game in nearly a year. But there's one game already available that offers a peek into what Nintendo may be doing with "Mario Kart Tour": "Super Mario Run."

It seems entirely likely that "Mario Kart Tour" will offer a few levels for free, then charge a lump sum for access to the full game (like "Super Mario Run" did). Both "Super Mario" and "Mario Kart" are core Nintendo franchises. "Mario Kart 8 Deluxe" is the second-highest selling Switch game to date, behind only "Super Mario Odyssey."

Simply put: "Mario Kart Tour" is the kind of game for which Nintendo can demand a premium, and it likely will.