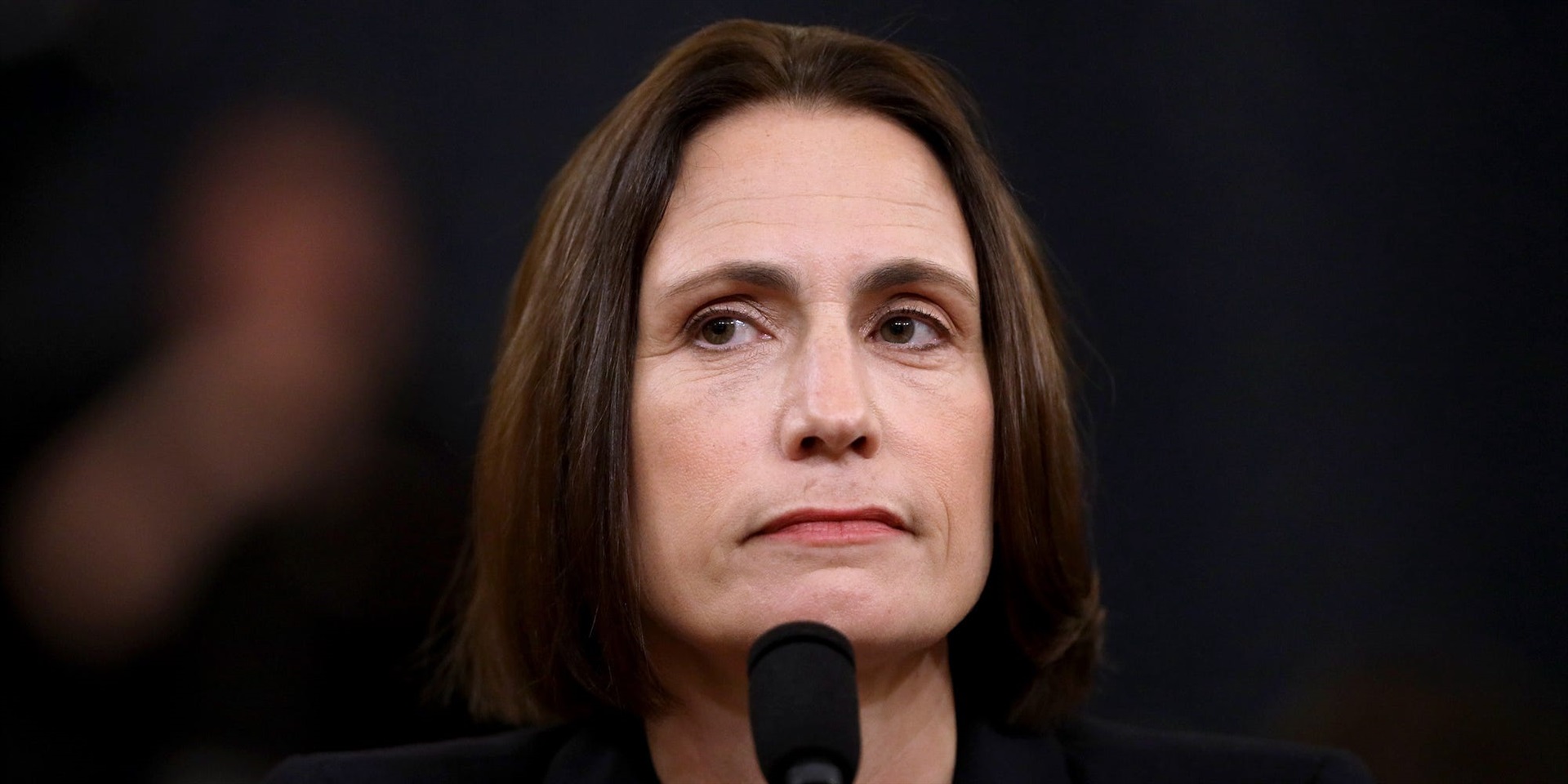 Fiona Hill, a top Russia advisor at the Trump White House, said the former president envied Russian President Vladimir Putin because he wanted the ability to rule "as he pleases."

Speaking on David Axelrod's "The Axe Files" podcast in an episode aired last week, Hill said former US President Donald Trump "wants to have what those autocrats have: unbridled, unfettered power; the ability to rule — not govern — as he pleases."

Hill counselled Trump on Russia between 2017 and 2019 as a senior director for European and Russian affairs on the National Security Council.

In her interview on "The Axe Files," Hill also made reference to the 2018 US-Russia summit in Helsinki, in which Trump said Putin "was very strong and powerful here with me."

"Everything is all about this sort of celebrity power," she said. "This idea of being, kind of, rich, powerful, strong, and everybody knowing who you are, and, you know, if not respecting you, then fearing you."

Listen to her comments here:

In an interview with The Daily Beast last month, Hill said Trump asked her during the Helsinki conference whether she thought Putin would like him. She said he changed the topic of conversation before she was able to respond.

Hill, who was a key witness at Trump's first impeachment trial in 2019, has vocally criticised the former president since leaving the White House.

She also said last month that Trump was staging a "slow-moving coup" after the Capitol riot and warned that another Trump administration would be bad for democracy.

Earlier this year she released a book containing anecdotes in the Trump White House, which included then-White House Chief of Staff John Kelly once complaining that Trump "doesn't know any history at all.