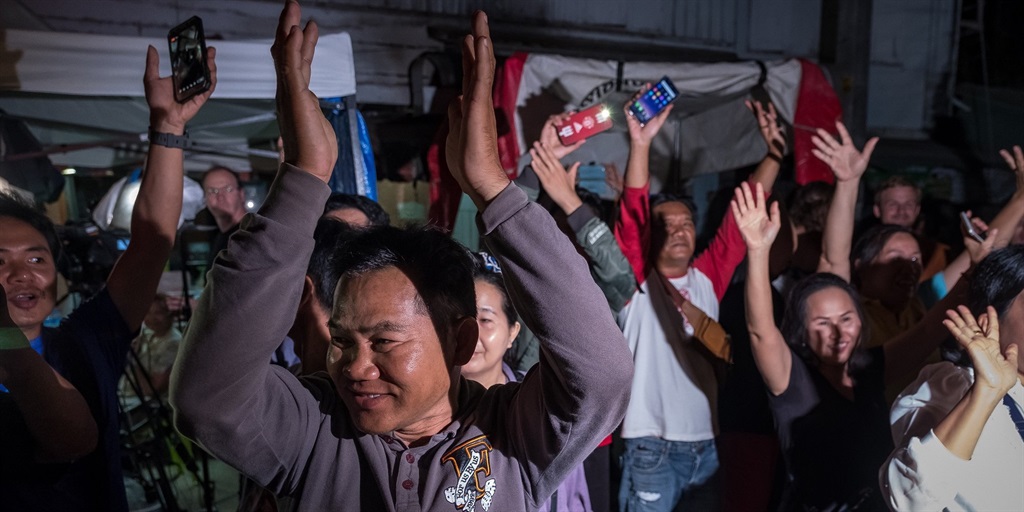 Onlookers watch and cheer as ambulances transport the last rescued boys and their soccer coach to a hospital in Chiang Rai.
Linh Pham/Getty Images

Filmmakers have already arrived in Thailand as the race to create books and films about the epic rescue of 12 boys and their soccer coach from a cave begins.

Michael Scott, the managing partner of Christian movie studio Pure Flix, posted a video from the cave site announcing his intention to make a film about the story on Tuesday night, around the same time the last members of the soccer team were pulled out.

"We're just kind of here witnessing the event and gathering some contacts and everything to really tell a story of an international effort, the entire world, coming together to save 13 kids trapped in this cave on the Chinese-Burma border.

"We're here really looking at this as a movie that could inspire millions of people across the globe."

The producer, who spends three months a year in the Southeast Asian country with his Thai wife, also said he had a personal connection with Saman Gunan, the former Thai Navy SEAL who died while volunteering on the rescue mission.

"My wife actually grew up with the Thai Navy SEAL that died in the caves, so to see all that heroic bravery in that cave, and then to get all the divers out — it's just been such a touching event and so personal to me," he said.

But the move is already drawing some hesitation, with commentators on Twitter asking Pure Flix to use Asian actors and film the movie in Thailand.

It's unclear if that would be the case, with Scott cited only as saying the movie being "a major Hollywood film with A-list stars."

Pure Flix has already started speaking with actors, screenwriters, and investors, while it begins the early stages of trying to interview and secure exclusive rights to the stories of the divers, Thai Navy SEALs, and families of the boys who were trapped in the cave.

Scott said: "I couldn't be more excited. This story has meant so much to me as I've followed it here in Thailand this summer."

All 12 boys and their coach are in hospital recovering from their ordeal. The parents of the first four boys who were rescued have just been allowed to visit them, but are required to wear hazmat suits and keep a 6.5-foot (2 meter) distance.