Drake sleeps on a R7 million mattress made of stingray skin and horsehair - here's why it's so expensive. Designer Ferris Rafauli has a meticulous eye for details. He pays as much attention to the colour of a doorknob as he does to the quality of materials used in a limestone and Nero Marquina marbled-entry hallway. There's no question why he's one of the most beloved interior designers in the world today; the work he did designing Drake's extravagant Toronto mansion just affirmed what most in the industry already knew.

"I do all the architecture, the interior designs, my own furniture collections, and landscape," Rafauli told Business Insider."I see things very holistically, as one seamless vision, from start to finish."

For Drake's mansion specifically, Rafauli told Architectural Digest's Mayer Rus that he took inspiration from the Beaux-Arts architectural style and sought a contemporary take on the Art Deco movement. Examples of his careful detailing included positioning a 20,000-piece Swarovski crystal chandelier in the great room and hanging a glass chandelier in the lounge from a backlit ceiling with panels swathed in Alcantara faux suede, a material commonly used in luxury and sports cars.

Rus described even the headboard of Drake's bed (not included in the Grand Vividus but also designed by Rafauli for the rapper) as "accented with antique mirror and channel-tufted leather" with a whiskey-and-­champagne bar on the backside. But, Rafauli told Business Insider, the intricacies that Rus described for the magazine's inside look at Drake's manor house were just the beginning.

"Those were small snippets in Architectural Digest. Don't forget, the home is 50,000 square feet (4,000 square metres). You didn't see the whole home," Rafauli said. "You also have 40,000 square feet (3,000) of neo-classical and disciplined architecture, art galleries, and comfortable cozy rooms and living areas."

"Ferris makes the most beautiful, luxurious houses in the world"

In early April, Rafauli announced a new project that's just as refined as his last - a $390,000 (R7 million) mattress and base known as Grand Vividus, designed in collaboration with the 168-year-old Swedish company Hastens. Hastens is known for its high-end bedding; in September, they partnered with 11 Ravens, a custom game table company, to create luxury dog beds ranging in price from $4,800 (R90,000) to $6,400 (R120,000)

Rafauli described his partnership with Hastens as an "organic" development, while Linus Adolfsson, founder of The Hastens Sleep Spa LA + New York, called it a game-changer.

"Grand Vividus changed the symbolism of what the word 'mattress' means," Adolfsson told Business Insider. "If your favourite object in your life is not your mattress, you are not sleeping on the right mattress." 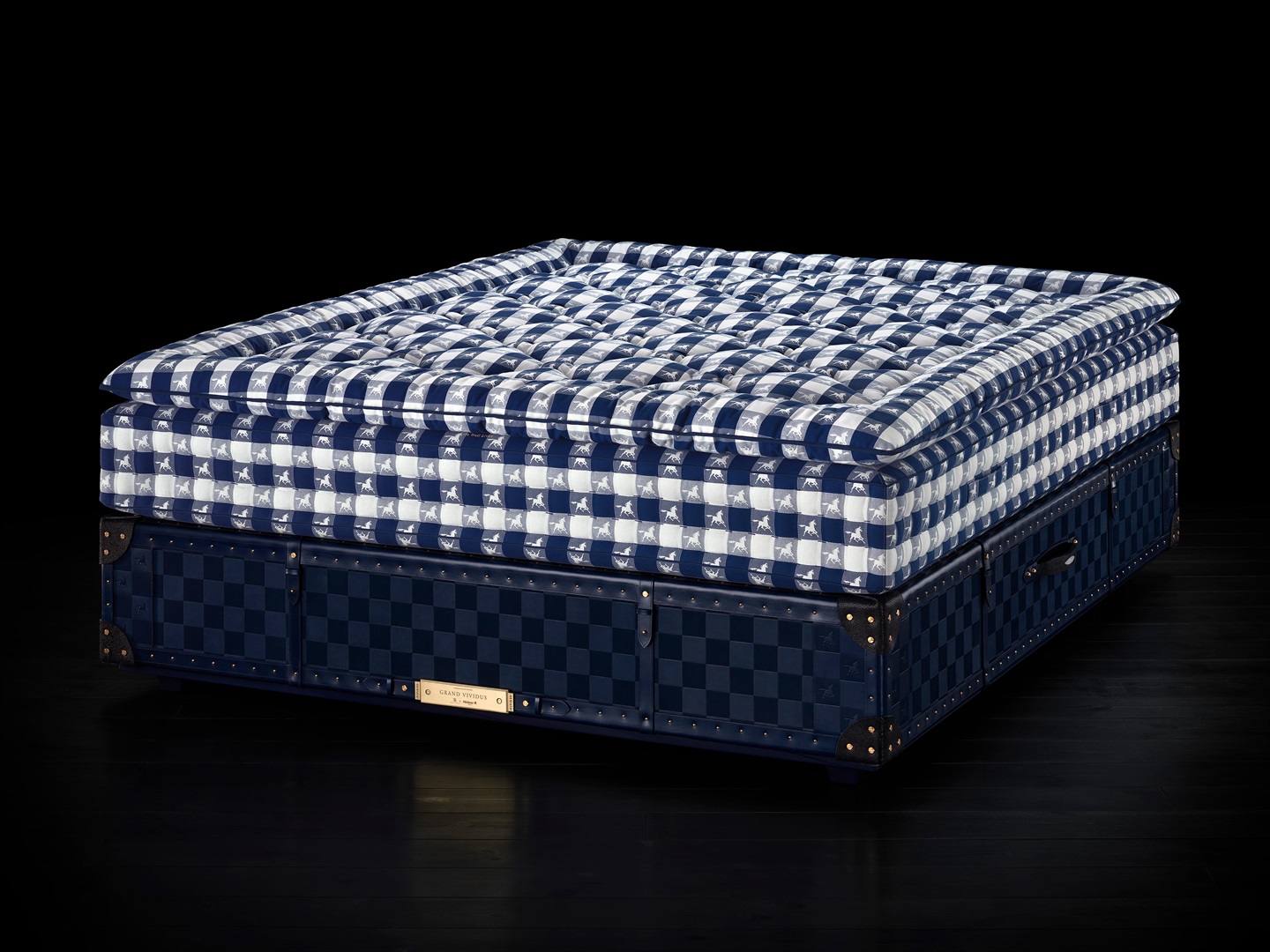 According to Rafauli, there is already a waitlist to purchase the Grand Vividus.
Ferris Rafauli

The Grand Vividus is made with fine leather, polished wood, suede, and brass adornments. The mattress is a combination of several materials, including horsehair, stingray skin, and bronze-accented compressed leather, while the wooden base is polyester mixed with handwoven textiles. Drake was the first one to request and receive the Grand Vividus; the bed won't be available globally until September, Rafauli told Business Insider.

"[Each individual] bed takes over 600 hours to [create and is] fully handmade," Rafauli said. "We jumped through hurdles to make sure that Drake had the first one ever produced. He's currently sleeping on it and he loves it. He's been quoted [as saying it's like he's] 'floating' while he's sleeping."

According to Vice, 10 Grand Vividus beds were made for the collaboration's original run; while Drake's was the only one delivered yet, the other nine have already been ordered and paid for. To design the mattress, Rafauli studied the history of Hastens, which was initially founded in 1852 as a leather saddle company. Rafauli said he used that legacy as his inspiration, and included leather detailing and gold hardware into the design of the mattress.

"Over the years, I've had this fantasy of the bed being displayed as more of an art piece in the room, as opposed to just being a bed," Rafauli told Business Insider. "The collaboration was born from that fantasy ... [and] the result was a bed that weighed over one ton, and used some of the finest materials in the world." If a mattress can be this meticulous, then what's next? Even Drake would admit that this is Rafauli's world, and we're all just waiting to buy one of the Rafauli-designed accent pillows made from Jonas Wood x Louis Vuitton Monogram silk scarves gracing the Canadian rapper's custom daybed.

"Ferris makes the most beautiful, luxurious houses in the world, and now you can have a little bit of that," Jan Ryde, who is the fifth generation of his family to run Hastens, told Business Insider. "He is a master of the symbols of ultraluxury."