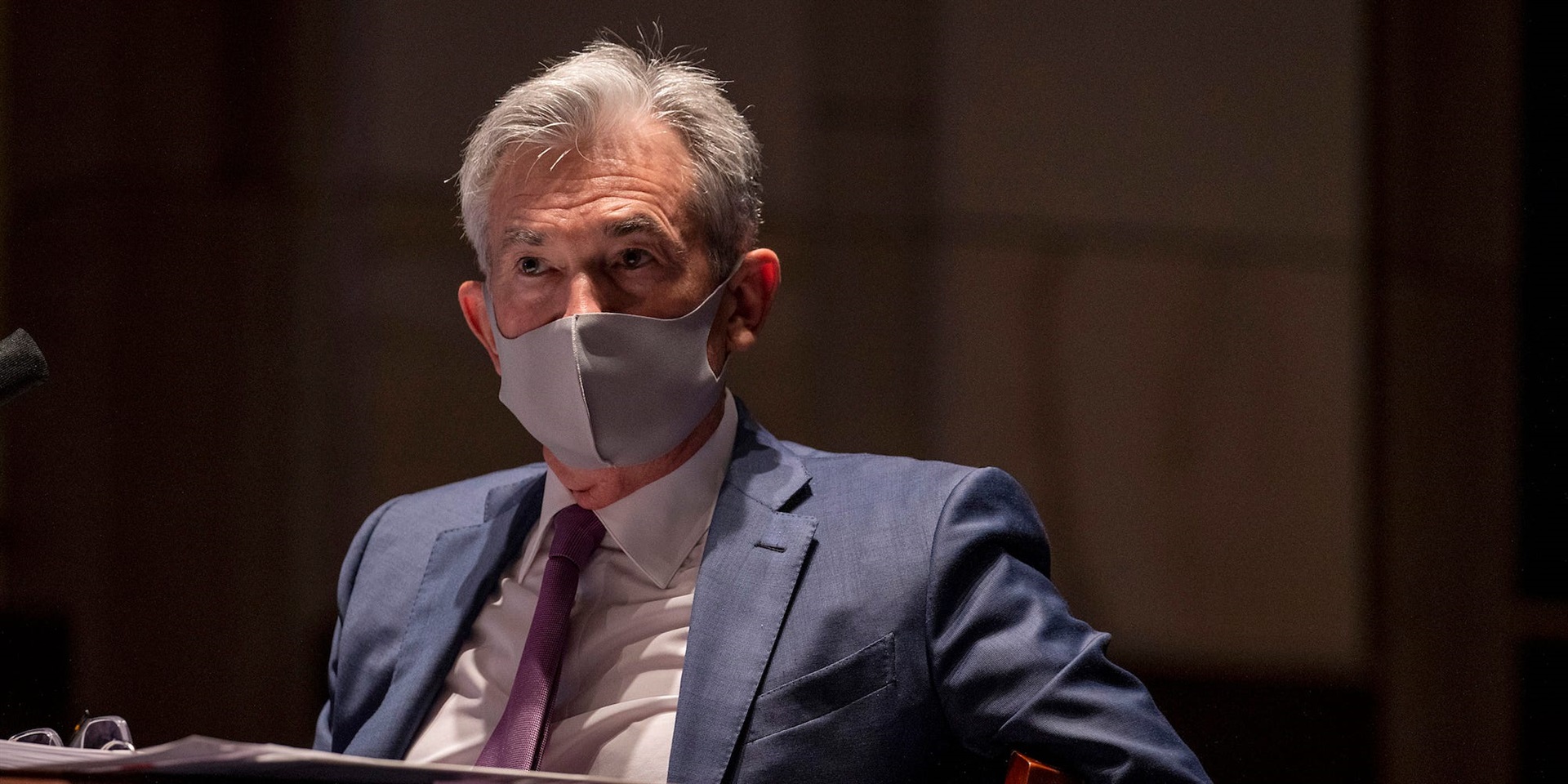 Federal Reserve policymakers signaled near-zero interest rates will last through 2023 to aid the US economy on its rebound from the coronavirus shutdown.

In updated economic projections published Wednesday, 16 out of 17 Fed officials said they plan to hold rates at historically low levels through 2022. Thirteen officials expect rates to remain near zero through 2023.

The new projections follow the conclusion of the Federal Open Market Committee's two-day September meeting. The central bank elected to hold its benchmark interest rate within the range of 0% to 0.25%, as well as continue its asset purchases at least at the current pace.

The latter of the two outcomes relates to the Fed's new policy framework, which replaced its longstanding 2% inflation goal with plans to target a 2% average rate over a longer period of time. The policy overhaul signals policymakers will allow for periods of greater-than-2% inflation to balance out recent quarters of slowed price growth.

The September FOMC meeting is the last to take place before the November elections, and arrives as legislators struggle to compromise on a second fiscal stimulus package. Chairman Jerome Powell and other policymakers have repeatedly emphasized that monetary policy isn't enough to pull the economy out of its coronavirus downturn.

Fed policymakers also forecasted slightly more positive economic trends in its quarterly outlook. The central bank sees gross domestic product shrinking 3.7% this year, up from June's projection of a 6.5% slide. Officials expect the unemployment rate to fall to 7.6% in the fourth quarter before reaching 5.5% in 2021.

Inflation is forecasted to reach 1.2% this year, nearly half the central bank's target.

Minneapolis Fed President Neel Kashkari also voted against the action and called for the central bank to keep its current rate range "until core inflation has reached 2 percent on a sustained basis."

Related Links
Men may have a slower immune response to the coronavirus than women, and that could explain their...
Low interest rates suck for savers, but you still have options
Interest rates are almost at a 47-year low - should you fix your home loan rate?
Next on Business Insider
Bank of America says it sees a 1-in-3 chance of a US recession some time next year, but it will be mild