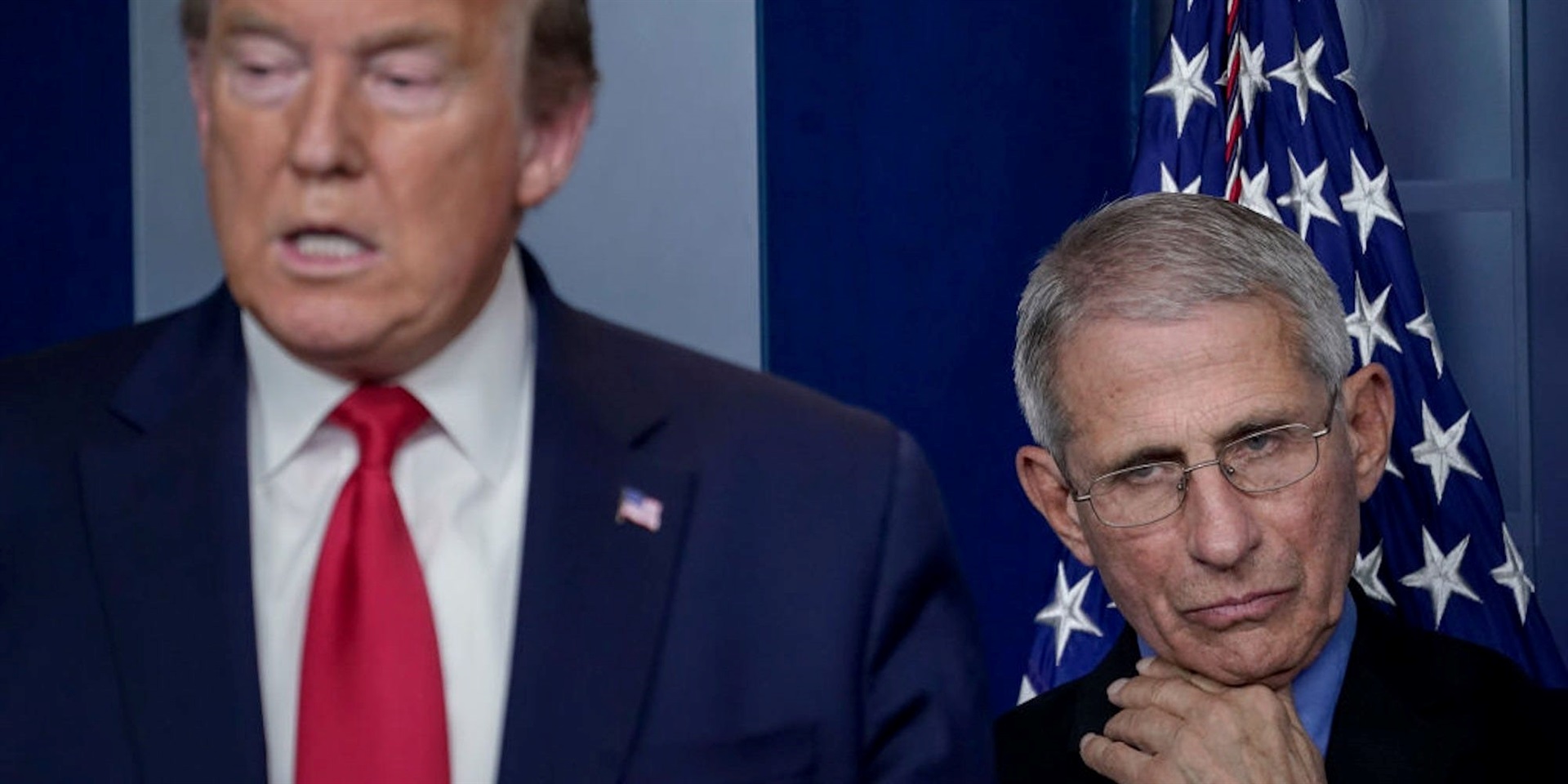 Dr Anthony Fauci, the top US infectious disease expert, in an interview Monday continued to criticise the national response to the coronavirus following a series of attacks on his credibility from the White House.

In a Monday interview with Stanford Medicine Dean Dr Lloyd Minor, Fauci said that the reason infection rates were climbing was that some states reopened too early.

"We did not shut down entirely, and that's the reason why [the number of cases] went up, started to come down and we plateaued at a level that was really quite high [at] about 20,000 infections a day," Fauci said.

He added that if authorities don't handle the initial surge well, "what you'll see is what you're seeing right now."

"So you've got to shut down but [then] gradually open."

"We made a set of guidelines a few months ago. We had checkpoints. Then you would have phase one, phase two [and] phase three."

It was the first interview given by Fauci since the White House launched an extraordinary attempt on Sunday to undermine him.

In a bullet-pointed list distributed to reporters by an anonymous White House official, the administration listed a number of what it claimed to be errors committed by Fauci during the coronavirus crisis.

In media interviews White House officials, including trade adviser Peter Navarro, launched a series of attacks on the expert, who is director of the National Institute for Health and Infectious Disease.

"Dr. Fauci has a good bedside manner with the public, but he has been wrong about everything I have ever interacted with him on," Navarro said in a statement to the Washington Post.

Dan Scavino, an aide to the president, shared a cartoon mocking Fauci on social media.

Trump on Monday retweeted a message by game show host Chuck Woolery attacking health authorities, and accusing them of seeking to undermine Trump.

The president told reporters of Fauci that "I find him to be a very nice person. I don't always agree with him."

Relations between Fauci and the White House have been deteriorating for weeks, with Fauci in an interview last week telling the Financial Times that he had not briefed the president since early June, and suggesting that he had not been given permission to appear in TV interviews.

"I have a reputation, as you probably have figured out, of speaking the truth at all times and not sugar-coating things," he told the Financial Times on Thursday. "And that may be one of the reasons why I haven't been on television very much lately."

Trump has sought to downplay the urgency of the climbing infection rates, and has repeated the discredited claim that the surge in infections signifies only that the US is good at testing.

Fauci has continued to rebut false claims made by Trump in podcast and livestream interviews.

Fauci said Monday that the US hasn't "even begun to see the end" of the coronavirus pandemic.