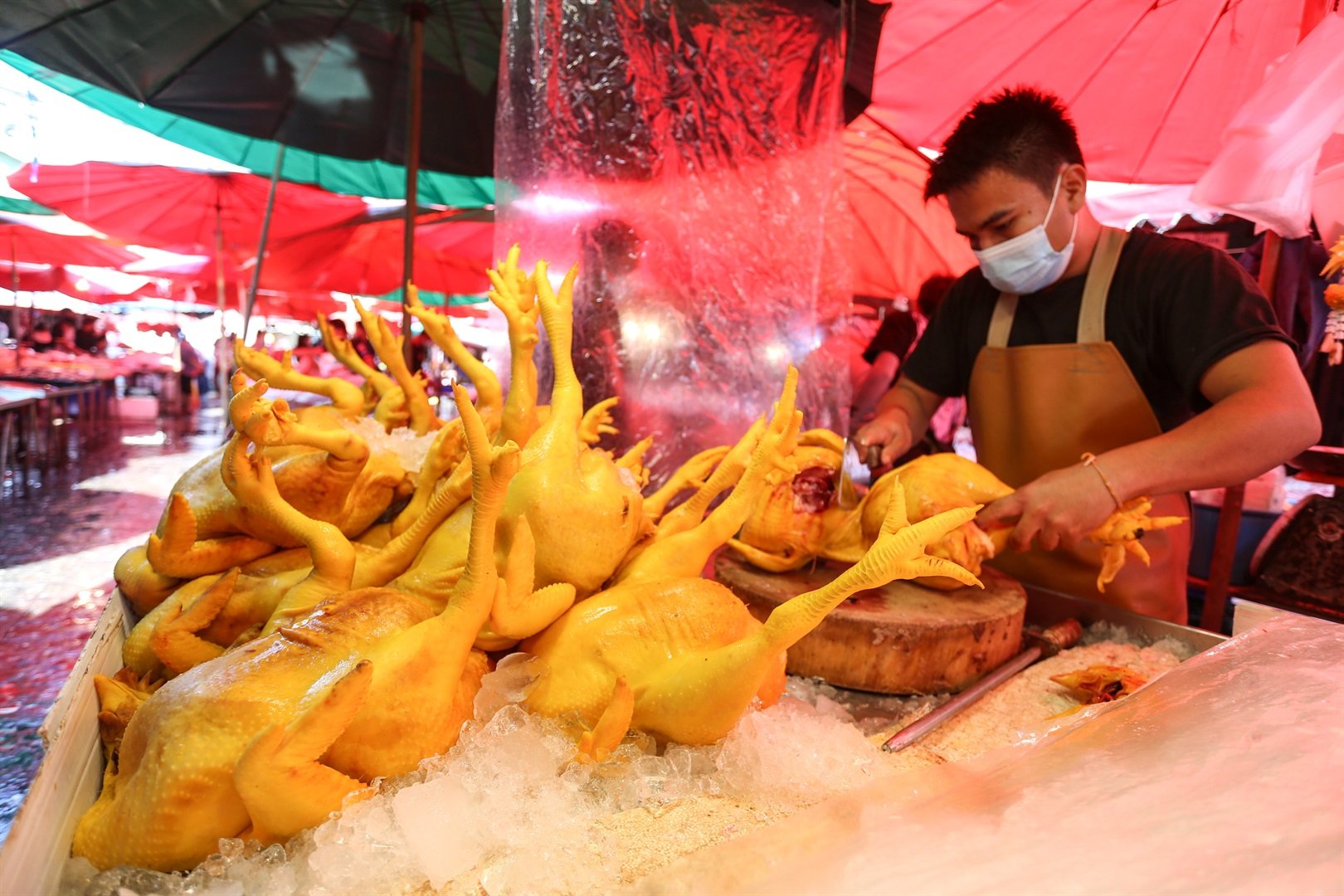 A farm growing medical marijuana in northern Thailand has been feeding its free-range chickens with cannabis instead of antibiotics, and researchers said the experiment has yielded promising results.

Researchers from Chiang Mai University's Department of Animal and Aquatic Sciences said fewer than 10% of the 1,000 chickens at the farm in Lampang have died since they introduced pot to the chickens' diet in January 2021.

While the study's findings are still under review and only cover one year's worth of research, Chompunut Lumsangkul, an assistant professor who led the study, told Insider that the cannabis feed appears to be working. The mortality rate for the chickens at the farm has been the same as in regular seasons when there isn't a severe outbreak of any bird-killing disease, she said.

The birds' special food is produced by adding crushed cannabis to their feed and water, said Lumsangkul. No antibiotics and medicines are fed to or used on the chickens during this time.

Besides healthy chickens, the experiment has also allowed the farm to sell its birds for higher prices to consumers seeking organic poultry.

The birds are fetching double the regular price, at about $1.50 (R23.70)per pound, mostly because buyers want organic chickens that haven't been administered antibiotics, Lumsangkul said. She also claimed that the chickens' meat — which they call "GanjaChicken" — is more tender and tastes better than regular chickens.

"Consumers in Thailand have been paying attention to this because demand is increasing for chickens and many farmers have to use antibiotics. So some customers want to find a safer product," the assistant professor said. The farm in Lampang primarily grows cannabis as one of its major products but also raises chickens.
CHOMPUNUT LUMSANGKUL

As part of the experiment, Lumsangkul said her research team would sometimes give the chickens bolstered levels of tetrahydrocannabinol (THC) — the substance in marijuana that gives users a high — that went past the legal limits for humans in Thailand.

Earlier this month, the Thai government legalised the sale of cannabis products but limited the amount of THC in the items one can consume to 0.2%. By comparison, the chickens at the farm would sometimes get up to 0.4%, Chompunut said.

"I can't say the cannabis doesn't let the chickens get high, but they exhibit normal behavior," she said. The farm has over 1,000 chickens that have been feed with cannabis since January last year.
CHOMPUNUT LUMSANGKUL

Lumsangkul noted that it's not immediately clear what the full benefits of feeding chickens cannabis are, nor is it known why the cannabis is keeping the birds healthy in the first place. However, she said it's likely that marijuana has bioactive compounds or substances that promote metabolic activity and better health conditions, which are boosting the birds' immune systems.

The study has only been a "screening test" so far and the researchers have yet to test if the cannabis feed works to protect the chickens against bird flu or other severe diseases, said Lumsangkul.

As for whether people can get high from eating cannabis-fed chickens, Lumsangkul said there's "no way" this could happen. The THC is fully metabolized in the chicken's body before slaughter, so its form is completely changed by the time it gets to the table, she said.