Crocs shoes now come with their own built-in moon bags These Crocs have a built-in moon bag.
Two of the most controversial fashions in the world - moon bags and Crocs - have melded to form a mutant amalgamation.

Japanese fashion brand Beams partnered with Crocs to create the "Pocket" Croc, a Croc with a moon bag attached to its ankle strap. The collaboration debuted earlier this month, with shoes selling for 5940 yen, or about R750, on Beams' website.

Some people were less than enthused about the hybrid. Fast Company announced the collaboration with the headline: "Crocs Just Got More Absurd." The New York Post cut even deeper, stating: "Crocs add fanny packs, somehow get uglier." (Moon bags are known as "fanny packs" in the US.) 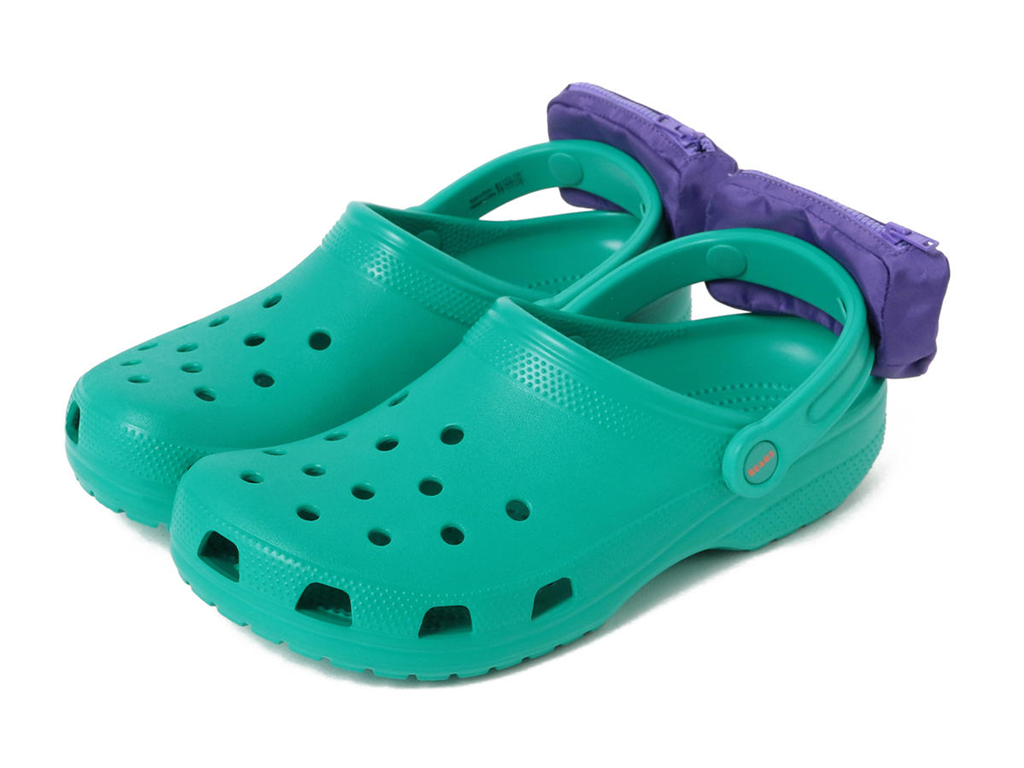 But, Croc haters are wrong.

The fashion Frankenstein is not only on the cutting edge of aesthetics; it is also a brilliant business decision, in line with the strategy that has driven Crocs' impressive comeback in recent years.

Essentially, the argument against the new Crocs is built on a lie. Are the shoes ugly? Maybe. But, assuming that this ugliness is unappealing to customers and detrimental to business is completely off base.

While apparel trends have long relied on people's understanding of what is and isn't flattering or attractive, at this point the counter-trend of ugly fashion has fully permeated the mainstream.

"Ugly products have become so ironic that they're now trendy, thanks to designer brands launching their own ugly clothing items," Business Insider's Mary Hanbury reported in 2018. "It's an excellent marketing ploy - these unappealing products with large price tags create a backlash and subsequent buzz on social media." Vetements debuted high-top sock sneakers and boots that hit your hip for hundreds of dollars. Y/Projects crafted a thigh-high Ugg. Ugly, unflattering denim has achieved such dominance that often unflattering cuts are the new normal, helping drive a 9% increase in women's jeans sales between February 2018 and February 2019.

Crocs has been perfectly positioned for the concepts to travel from the runway into the mainstream. After all, Balenciaga debuted platform Crocs during Paris Fashion Week in October 2017. When they became available to the general public a few months later, they sold out within hours - despite the $850 (R12,000) price tag.

With ugly getting cool, Crocs is thriving. Earlier in April, the company reported that its same-store sales grew 10.8% in 2018. Online sales were up 22.5% for the year.

The brand's popularity is skyrocketing among trendsetting teenagers. In October, Piper Jaffray's biannual survey of teen preferences found that Crocs ranked 13th out of all footwear brands in teen popularity, up from No. 27 the prior year.

"We see this as a real connection to a generation and a consumer group," Crocs CEO Andrew Rees said of Gen Z during a call with investors in April. "We're offering them a product which has incredible value." Crocs has found success by partnering with celebrities and other fashion brands while simultaneously leaning into the inherent "ugliness" of the clog.

The Beams collaboration is perfectly in line with this strategy. If anything, the bulkiness of the moon bag only makes the Crocs more appealing in the current fashion moment.

Are there a few practical concerns? Sure! My colleague Mary Hanbury pointed out that people might tread on the back of the shoe, accidentally ripping off the Crocs' moon bag.

"Also, in busy crowds if you reach down to get some money out you might get knocked over and crushed," she added.

But, these risks pale in comparison to the potential pay-off - for both Crocs and for the Crocs wearer.

People who ridicule moon-bag-Crocs are missing the point. There's something joyful about an ugly, semi-practical, semi-absurd shoe.

Teenagers realise this joy, as do people steering the ship at Crocs. It's anti-Crocs curmudgeons who are missing out.