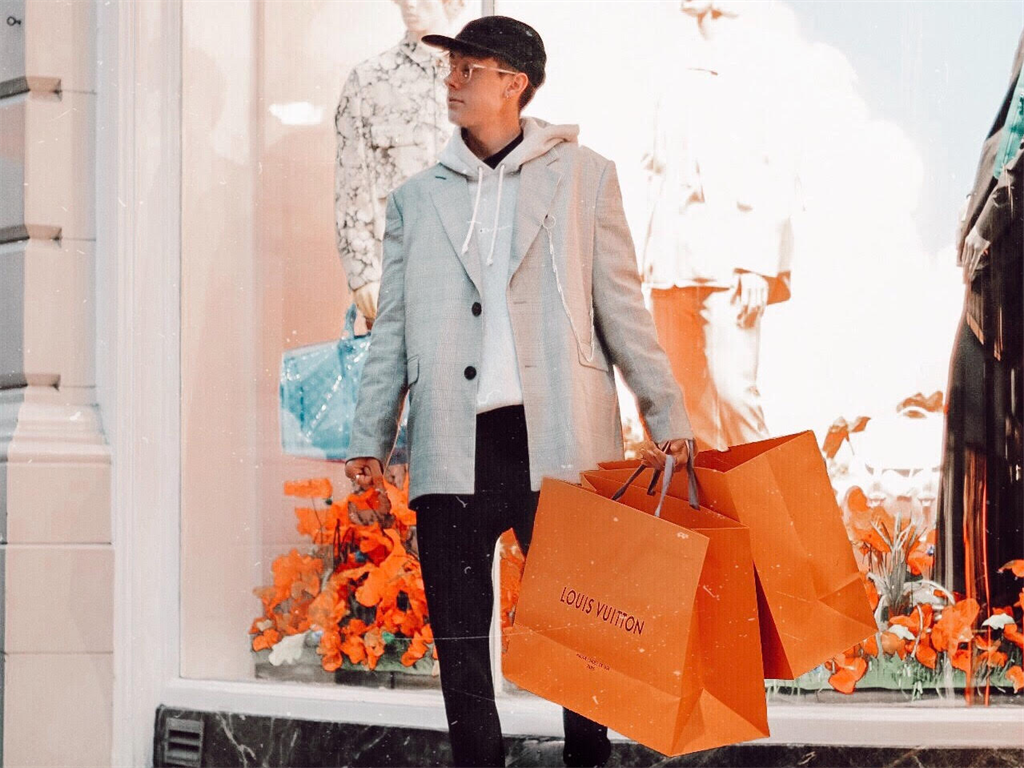 "It's made me question everyone's moves on social media."
Courtesy of Byron Denton

A 19-year-old vlogger who spent a week pretending he was rich on social media says he was surprised by how easy it was.

Byron Denton, a London-based YouTuber known for his channel tbhbyron, started posting edited photos of himself on Instagram in late January.

The pictures showed him wearing designer clothing from brands like Balenciaga and Off-White, shopping at Louis Vuitton, and sitting on a private jet, among other activities you'd expect to see on a celebrity or influencer's Instagram.

After a week of posting edited photos, Denton revealed the truth on YouTube

Speaking to INSIDER, Denton said his experiment was inspired by YouTubers like George Mason, who faked going on vacation for a week earlier this year.

"I saw a lot of people faking holidays and stuff, but I thought it would be cool to take a different approach," the 19-year-old said. "I'd always wondered if the reason people are so obsessed with celebrities was due to the fact they can afford to live a life not everyone can." The vlogger said he used two photo-editing apps, FaceTune and PicsArt, to "superimpose" images together and Adobe Photoshop Lightroom to "colour the final product." On average, it took him around 45 minutes from shooting to editing to create each Instagram post.

Read more : 8 photo-editing apps that will make you never trust anything you see on Instagram again

Denton said most people didn't notice his pictures were edited

According to the vlogger, during the week of his experiment, around five people messaged him or commented on his posts wondering whether his photos were real.

But everyone else bought the lie, Denton said. In fact, some of his family members even commented on his posts and asked his parents how he was affording the"sudden lifestyle change".

The 19-year-old said that while his follower count on Instagram didn't change much at first, people's engagement with his posts - the number of comments and likes - "shot up massively".

"I had a lot of messages from my friends asking how I was affording all the designer stuff and a lot of comments from my followers asking if I'd won the lottery or something," Denton said. According to Denton, as the week went on and his photos started to show more lavish activities, he began to gain more followers.

But the vlogger thinks this was more due to the fact that people were surprised he could suddenly afford such a luxurious lifestyle and would share his posts with their friends.

"I'm pretty open with my audience about everything in my life so to them it was unusual," Denton said.

Denton said he was also surprised by how many people took the edited photos at face value.

"[The experiment has] made me question everyone's moves on social media," the vlogger said. "Do a lot of the high-profile bloggers these days actually make their way to the top by being honest or do they fake some of it?"

Overall, the 19-year-old said, people's feedback to his video was positive. Some of his followers even asked him to edit their photos and make them appear rich, too.

Watch Denton's full video about his experiment below.