Facebook investors boasting nearly $3 billion (R41 billion) in shares are making moves to topple Mark Zuckerberg as chairman and tear apart his power base at the company.

Business Insider has spoken to six prominent shareholders who are growing increasingly restless about the way Facebook is run, and ever more vociferous in their demands for change.

All agreed that anger among investors has never been more pronounced since Facebook went public in 2012. They have watched in frustration as the firm has embroiled itself in a series of scandals, from election interference to the Cambridge Analytica data disaster.

These crises were in part manufactured by the way the company is run, rebel investors said, and have not been properly addressed because Facebook's corporate governance structure means Mark Zuckerberg is basically untouchable as both CEO and chairman.

"We have concerns about the structure of the board that the company doesn’t seem ready to address, which can lead to risks — reputational, regulatory, and otherwise," said New York City Comptroller Scott Stringer, who oversees around $895 million (R12 billion) of Facebook shares through city pension funds. 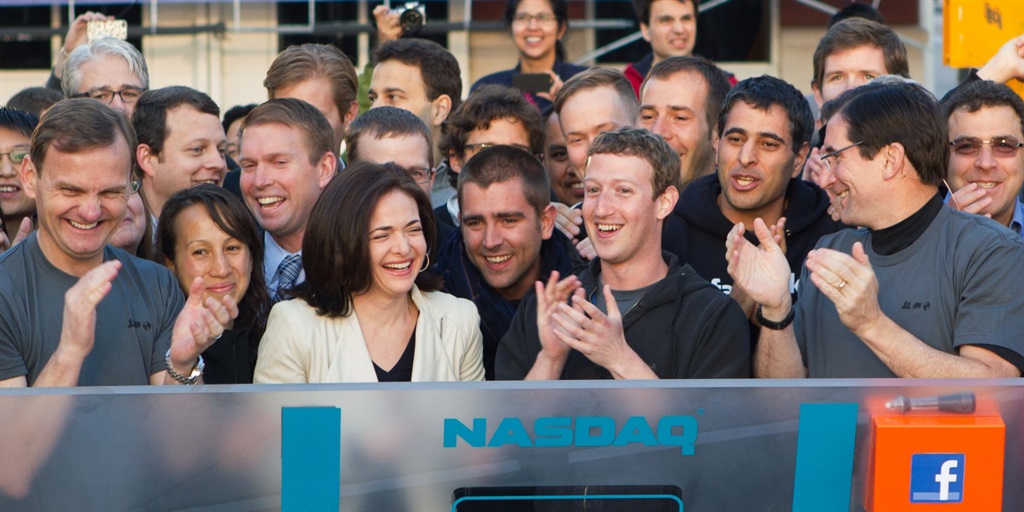 Investors are openly campaigning for radical change on many fronts, but there is clear consensus around two particular issues, which came up consistently in interviews with Business Insider:

A majority of independent shareholders voted in favour of proposals to achieve these aims at Facebook's past two investor meetings. Anger boiled over at this year's meeting, where Zuckerberg was accused of running the company like a "dictatorship," while another shareholder was thrown out of the event for venting her displeasure.

Some shareholders have also called for Facebook's audit committee to be given more teeth, but this was largely addressed this month when the firm bolstered the responsibilities of the committee to encompass social impact, privacy, and cybersecurity.

Facebook played down the idea that this was a response to external demands. But stockholders took comfort in the fact that it was a sign that the firm is, on some level, listening. And even if it was a victory, it was a battle, not the war. Now investors want progress on the other issues.

Facebook declined to comment on investor unrest. A spokeswoman pointed Business Insider to past statements in which it says that its governance structure is fit for purpose.

It has certainly proved a pretty safe bet for investors. Facebook's stock has grown more than 400% since its IPO in 2012, revenue has soared nearly 1,000% to $40 billion, and it has 2.2 billion monthly active users, or around 30% of the world's population. All the while, it has seen off challenges from rivals including Twitter and Snap.

At many other companies, shareholders would be praising Zuckerberg's stewardship. But instead, they want to weaken his influence.

Zuckerberg answers to no one

Michael Frerichs, the Illinois State Treasurer, who has around $35 million invested in Facebook, said shareholders want to remove Zuckerberg as chairman for a simple reason: "He is not accountable to anyone, not the board or the shareholders, which is a bad corporate governance practice. He's his own boss and it has clearly not been working."

Frerichs has been coordinating with four other shareholders, with combined interests in Facebook worth around $2 billion, to lobby for change. The efforts have been spearheaded by activist investor Natasha Lamb, a managing partner at Arjuna Capital, who said there is "very little confidence" in the job Zuckerberg is doing. The likes of Apple, Google, Oracle, Twitter, and Microsoft have all divided the role of chairman and CEO, pointed out Jonas Kron, a senior vice president at Trillium Asset Management, which manages about $10.5 million of Facebook stock on behalf of philanthropic organisation Park Foundation.

Kron said Zuckerberg should look to his role model and mentor Bill Gates for guidance. Gates split the role of chief executive and chairman when he quit as Microsoft CEO in 2000.

But Zuckerberg's power is compounded by his voting rights. Facebook divides its shares into two classes: Class A and Class B. The latter has 10 times the voting power of Class A, and it just so happens that Zuckerberg owns 75% of this stock. It means he has more than half of the voting power at Facebook, and therefore near-complete control.

"When you combine the dual roles of chairman and CEO, plus that chairman and CEO personally owns a majority stake of that company, that's a toxic brew. It means there's very little room for any kind of dissent," said Michael Connor, the director of Open Mic, an organization that helps shareholders campaign to improve governance at some of America's biggest companies.

Zuckerberg's power to swat away investor concerns has been evidenced in the past 13 months. A proposal to oust him as chairman was laid down and swiftly crushed at last year's investor meeting. Analysis by Connor, however, shows it was supported by 51% of independent shareholders. History repeated itself in May at Facebook's 2018 shareholder meeting. Investors tabled a proposal to abolish the dual-class share structure and, again, it was voted down. But scratch a little deeper and the data shows that the proposal was supported by a whopping 83% of independent investors.

Put another way, if Zuckerberg disagrees with shareholders, he always has the trump card.

Patrick Doherty, director of corporate governance at the office of the New York State Comptroller, which looks after more than $1 billion in Facebook stock, said it's a set-up that belongs in the past.

Doherty explained: "The idea that there should be an autocrat in charge of a gigantic public company, which has billions of dollars of shareholder money invested in it, is an anachronism. It harks back to the 19th century when you had these robber barons who were autocrats and dictators."

The idea that there should be an autocrat in charge of a gigantic public company is an anachronism. It harks back to the 19th century when you had robber barons

And Lamb has direct experience of Facebook's reluctance to engage. She has been campaigning on issues, including gender pay, but was dismissed by outgoing communications chief Elliot Schrage at last month's investor meeting as "not nice." Lamb said it was a "sexist" remark, indicative of Facebook's failure to listen to shareholders. Schrage later apologised.

But she can see a simple reason why Zuckerberg would be reluctant to do away with the dual-class structure: Because he would be "signing a contract on his own demise."

In a statement last month opposing the investor proposal to abolish the share structure, Facebook said the two classes of stock have been in place since 2009 — three years before the firm went public.

"We believe that our capital structure is in the best interests of our stockholders and that our current corporate governance structure is sound and effective," Facebook continued.

On the prospect of removing Zuckerberg as chairman, the company said this would cause "uncertainty, confusion, and inefficiency in board and management function."

A number of shareholders told Business Insider that these justifications conflict with the substance of Zuckerberg's apology tour after Cambridge Analytica weaponised Facebook data for political ends.

Specifically, the CEO said "we didn’t take a broad enough view of our responsibility, and that was a big mistake" in reference to fake news, election meddling, and data privacy. The shareholders we spoke to unanimously agreed that a different governance structure would have opened Zuckerberg's eyes to the pitfalls of his "move fast and break things" mantra, which Facebook has now ditched.

"When you open yourself up to more opinions, more independent voices, you're more likely to make better decisions. It's more likely that someone with independent governance would have spoken up about some of these things," said Illinois State Treasurer Frerichs.

Investors are not about to stop reminding Zuckerberg of his responsibilities. They will continue tabling proposals at annual shareholder meetings, writing strident letters to Facebook directors, engaging with management through meetings and other correspondence, and making their frustrations known to the press.

But Dylan Sage, the managing director of Baldwin Brothers, thinks it will take something significant for Facebook to engage. A substantial drop in revenue or users could prompt board unrest, he suggested, or the issue could be taken out of the company's hands.

"If you continue to see more Cambridge Analyticas pop up on the platform, or Facebook skewing elections, or create hate crimes and ethnic cleansing around the world, then you will see social unrest to the point that regulatory bodies come in and mandate change," Sage added. He dumped a lot of his Facebook stock after the Cambridge Analytica scandal, but still has around $2.8 million invested in the company. Could Zuckerberg be heading for his Travis Kalanick moment?
REUTERS/Danish Siddiqui

Ultimately, all the investors agreed that they want the best for Facebook.

"We have the best interests of the company at heart because we are a major investor," said Doherty. "We have over $1 billion invested in Facebook at the moment, so we and the other investors coming forward believe that Facebook continues to be a good investment, but there are very serious problems that have to be dealt with."

"As long-term investors in Facebook, we want to make sure the company is strong," added Stringer. Frerichs continued: "It's about making sure the long-term viability of the company, and with changes in corporate governance, we can reduce some of the risk. "

Connor, who does not have a stake in Facebook, reminded Zuckerberg that tech companies are not invincible — even if they sometimes appear untouchable.

"People think companies like Facebook are bulletproof, and they're not," he said. "You had companies like AOL and Yahoo come and go. You've had people like Travis Kalanick, who was the cofounder and CEO of Uber, who has come and gone. These things can self-destruct."