A police officer cordons off a crime scene on November 21, 2021 in Waukesha, Wisconsin. According to reports, an SUV drove through pedestrians at a holiday parade, killing at least one and injuring 20 more.
Jim Vondruska/Getty Images

Eyewitnesses at a holiday parade in Waukesha, Wisconsin, described seeing horrific scenes of carnage and injury after a red SUV plowed into a marching band and dance troupe.

Corey Montiho, a Waukesha school board member, said he went from "one crumpled body to the other" looking for his daughter, who was part of a dance team performing in the parade.

"They were pom-poms and shoes and spilled hot chocolate everywhere. I had to go from one crumpled body to the other to find my daughter," Montiho told the Milwaukee Journal Sentinel. "My wife and two daughters were almost hit. Please pray for everybody."

"My family is safe, but many are not. I held one little girl's head in my hand. She was seizing and she was bleeding out of her ears. I held her mother as she collapsed," Montiho added.

The Waukesha Police Department confirmed on Sunday night that there were multiple fatalities resulting from the incident and that at least 11 adults and 12 children had been brought to local area hospitals. Shocking videos have emerged in the wake of the incident, with clips showing the SUV mowing down members of a marching band and tearing through a barricade. 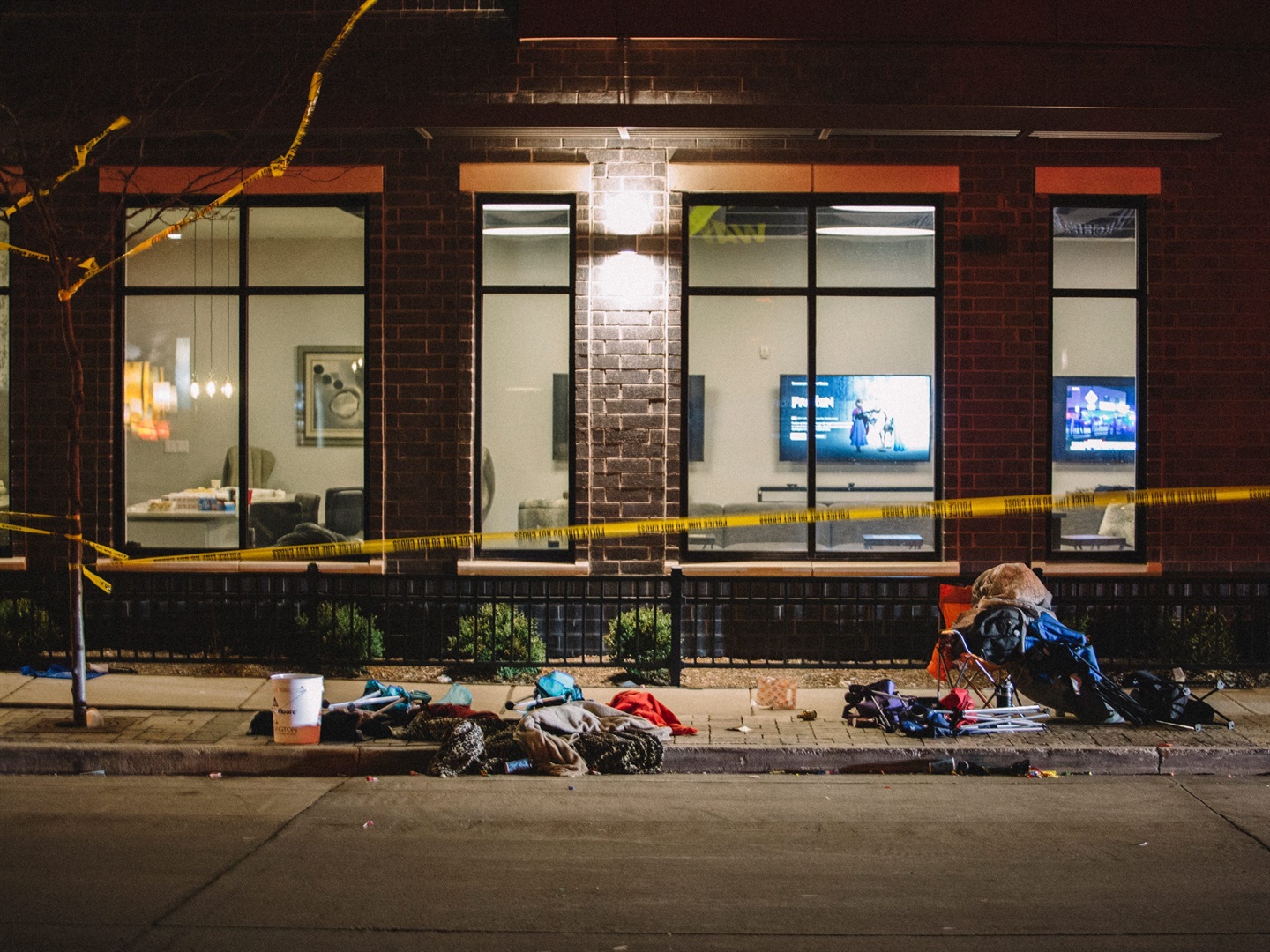 Debris litters the street at a crime scene on November 21, 2021 in Waukesha, Wisconsin. According to reports, an SUV drove through pedestrians at a holiday parade, killing at least one and injuring 20 more.
Jim Vondruska/Getty Images
The Milwaukee Journal-Sentinel also spoke to Angelito Tenorio, a candidate for Wisconsin state treasurer, who described how he saw the SUV "zooming at full speed" down the street when he was walking toward the parade.

"As we were walking back in between the buildings, we saw an SUV cross over, just put the pedal to the metal and just zooming full speed along the parade route. And then we heard a loud bang, and just deafening cries and screams from people who are struck by the vehicle," Tenorio said.

He added that he saw people running away and crying, while others were on the ground who appeared to have been hit by the SUV.

"It just all happened so fast," he added.

Local news outlet GM Today spoke to David Monfre, who said his son was one of the band members playing in the parade. He said his son had just passed by with his band when a red car went "barreling" past.

"My son just passed with his band, which is Waukesha South, and a truck (came) barreling through, almost hit the back of a float truck ... It ended up hitting a bunch of band members, and it went all the way up the road," said Monfre.

Monfre told GM Today that his son was not injured but that it had been a close call.

Kaylee Staral, a Milwaukee Journal Sentinel intern who attended the parade, told CNN that the incident happened around 20 to 30 minutes into the parade.

"There were a lot of screams, and we almost thought maybe it was Santa, but it was a red SUV, and it hit a lot of people," Staral told CNN.

"Right in front of me in the little spot where I was sitting, probably four people were down, so there were a lot of people that ran to go check on them," Staral said. "I believe that the four people in front of me were still breathing, but they were down. They were not moving."

According to the Waukesha city website, the parade was scheduled from 4 p.m. to 6 p.m. on November 21. The parade's line-up involved 67 groups, including several bands from local schools, and local dance and performing arts groups.