2,500 bottles of wine will be auctioned in SA – including this rare 34-year vintage 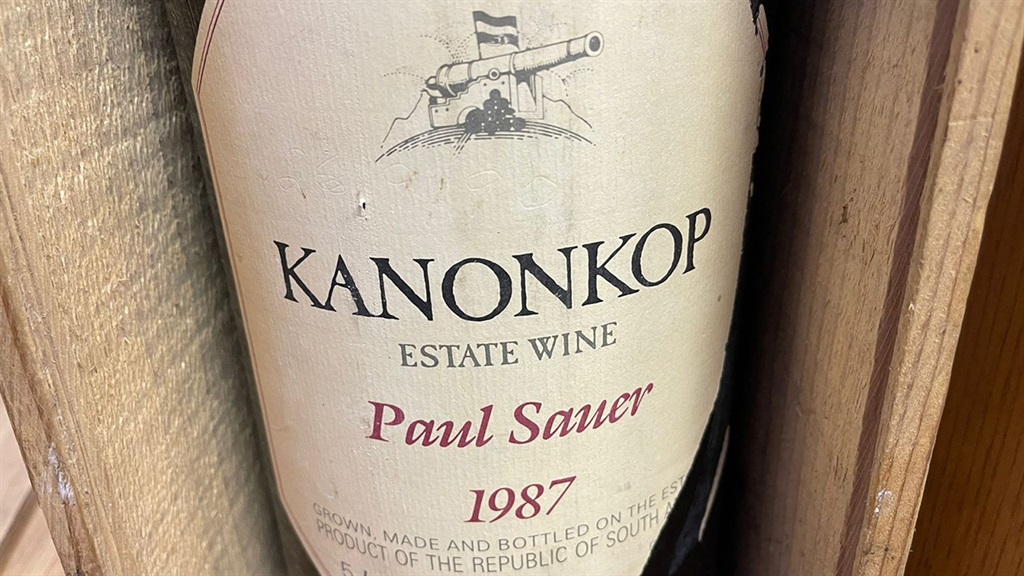 Wine from some of South Africa's top estates, estimated to be worth more than R1 million, will go on auction on Thursday. This includes a rare 5-litre bottle of Kanonkop Paul Sauer produced in 1987.

Around 2,500 bottles of wine are being auctioned alongside butchery, bakery, and restaurant equipment. The catering and wine auction, handled by the High Street Auction Company, includes around 700 individual lots of items, from soft serve ice cream machines to chicken rotisseries and bottles of Prosecco DOC to vintage Cabernet Sauvignons.

More than 300 items will be sold without reserve to the highest bidder at the end of the 4-day auction. The wines will, however, have starting bids, generally at 20% of the estimated value, according to High Street director and auctioneer Stef Olivier.

While the catering equipment auction can be attended in-person in Woodstock, Cape Town, the wine auction will be held online. "Quality equipment and restaurant furniture will be auctioned in the old fashion manner with the auctioneer calling the bids from the auction block," Olivier tells Business Insider South Africa on the eve of the auction.

"The wine is worth more than R1 million and registered buyers will [be] able to bid online for some of the best SA wine estates have to offer. Wines from Crystallum, Cartology, Saxenburg, Meerlust, and Radford & Dale will be on offer.”

The latest event comes six months after High Street auctioned around 5,000 bottles of top-end wine previously owned by well-known V&A Waterfront restaurant, Belthazar, which closed its doors at the end of 2020.

As with the previous auction, which offered a collection of Nederburg Cabernet Sauvignon between 1972 and 1980, major interest rests with South African vintages. Thursday's auction features two 1980s vintages: a 1980 Stellenryck Cabernet Sauvignon and 1987 Kanonkop Paul Sauer, both in 5-litres.

"A highlight of the wine auction will be the 1987 5-litre bottle of wine from Kanonkop Paul Sauer. This bottle can fetch anything between R50,000 to R60,000 to a collector," says Olivier. Bidding on this rare vintage will start at R5,000. The long-ageing Bordeaux blend, named after former Kanonkop wine estate owner, Paul Sauer, has been described as the "flagship red from this prestige vineyard" by Platter's SA Wine Guide.

Strauss & Co auctioneers, which, last year, sold a 19-bottle collection of Paul Sauer, with vintages between 1988 to 2006, for almost R550,000, described these large format, vintage Kanonkop wines as "extremely rare".

Other valuable wines on offer include the 2007 Raats Cabernet Franc, sold as a case of six with bidding starting at R3,000, and 2011 Springfield Estate Methode Ancienne Cabernet Sauvignon, starting at R2,000.