Exclusive Books turns 70 – here's how it started, with one secondhand shop From humble beginnings in a small secondhand store in Johannesburg to owning almost 40 stores in South Africa and neighbouring countries – Exclusive Books this year celebrates 70 years of bookselling in South Africa.

With 42 bookstores in major cities in South Africa, Exclusive Books is one of the country's leading book retailers.

It all started back in 1951 when founders Pamela and Philip Joseph – who had a book chain in the UK – bought a secondhand book shop owned by a man called Mr Bernstein in King George Street, Johannesburg. They renamed it Exclusive Books. News of the bookstore down the road spread by word-of-mouth and customers become more than just that, they forged a community and the owners sought to give readers exactly what they wanted.

"The intention was that Exclusive Books not just sell books, but become a cultural hub, and to that it has remained true in varied communities for 70 years," said general manager Batya Bricker.

The past seven decades

In 1952, Pamela Joseph and her mother-in-law ran Exclusive Books together until Philip quit the chemical business to join them.

Two years later, the company moved from its original location to a brand-new shop in Kotze Street, Hillbrow. 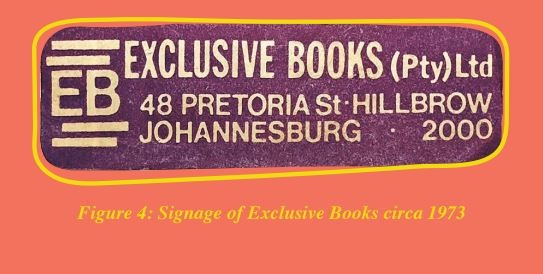 Exclusive Book's first notable expansion started in 1955, when it opened in a bigger space just next door to where it used to operate.

The years 1973 to 1978 saw Exclusive Books becoming part of the library supply chain. They opened a new bookstore in Hillbrow, Johannesburg, and also created a safe haven in their new store for book lovers, thought leaders, business people, and activists during the time of apartheid. In 1976 a new Cape Town branch opened on the corner of Church and St George Street. Two years later, the founders moved back to England and sold their business to Premier Milling, a company listed on the Johannesburg Stock Exchange. These years also saw the company buy up The Bookworm, Pilgrims, Young Reading, and Stuttaford Square, introducing Exclusive Books across the country for the first time. 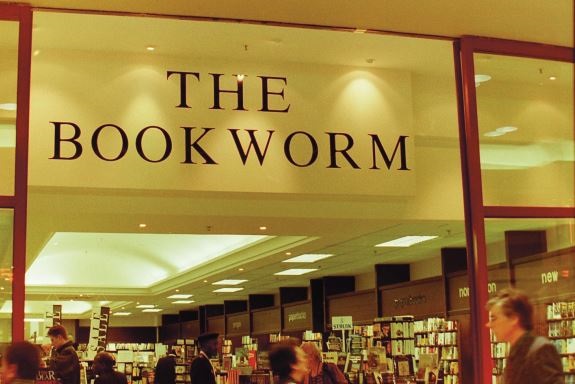 The Bookworm logo circa 1980s (Supplied) Between 1991 and 1995, Exclusive Books welcomed Russel Barnes' as MD, steering the book retailer towards new frontiers.

The company also closed its long-time home in Hillbrow, bringing an origin story to an end– while birthing a new era.

Excusive Books regularly hosted world renowned figures such as Whoopi Goldberg during the filming of Sarafina in 1993.

Around the same time, the Hyde Park store became the largest bookshop in South Africa. They also expanded into Durban's Pavilion Mall. During this period, Fred Withers ushered in an era of innovation and expansion, heading up a takeover of Fact or Fiction Book Dealer in Mandela Square, Village Walk, and The Glen.

Way before artisanal coffee and craft brews, Exclusive Books partnered with Seattle Coffee Company in 1999. This, according to the company was "a one-of-a-kind concept".

"At a time when lifestyle shopping had only just become de rigueur. Love and marriage, horse and carriage… books became the obvious match for coffee… but it wasn't so in the beginning," said the company.

In 1999, Exclusive Books opened its very first airport store. It also opened its first online store around the same time, long before iPads and Kindles became a thing.

Exclusive Books opened over 19 stores nationwide in 2001, including Killarney, The Zone, Lakeside Mall, and others.

This was followed by the creation of Homebru, a dedicated celebration of local writers, promoting the work of many revolutionary talents. What started off with a list of barely 25 local titles has now mushroomed into a list with hundreds of local authors to choose from. In 2012, Exclusive Books won Gold at the Loeries for its "Reading is Rewarding" campaign. 20 more locations opened across the country. In 2017, The company scored another bronze accolade for Astounding Student Work.

With a lot of people having to endure long hours locked down in their homes due to the pandemic, Exclusive Books partnered with Uber Eats to bring books to readers who could not reach them. 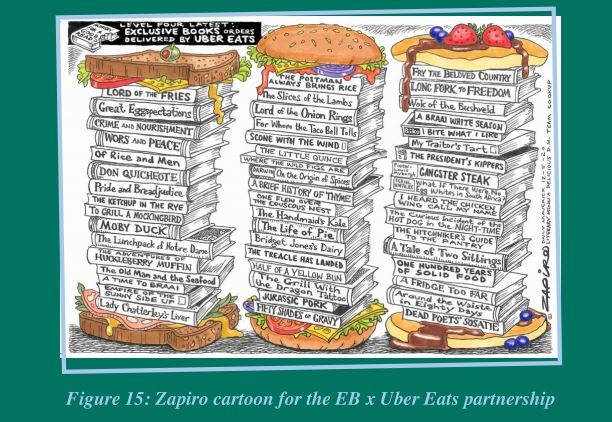 As a way to celebrate the company's 70th birthday, the book retailer has created a number of initiatives.

In January, the company announced that this year it will be giving away 70 books to 70 non-profit organisations such as local libraries, institutions, schools, sanctuary or old age homes chosen by customers.

70 Books to read before you grow up

In April, Exclusive Books launched another initiative called 70 Books to Read before You Grow up. This focuses on a carefully curated list of 70 children's books, 25% of which are local.

This list includes a variety of books, both international and local, and it caters for ages between 0-6, 6-9, 9-12 and teen readers.

The aim of the initiative is to "encourage conversation, highlight authors' varying voices, whet the appetite of young readers and reignite specific categories and genres," according to a press release.