Ever Given released, more than 3 months after it first got stuck, following compensation fight Tugboats involved in the rescue sounded their horns as the 220,000-tonne Ever Given was released from the eastern canal bank on Monday © Suez Canal Authority/AFP/Getty

Egypt released the Ever Given from its anchorage in the Suez Canal on Wednesday after agreeing a compensation deal.

The ship was the object of a protracted legal battle between its owners, Japanese company Shoei Kisen Kaisha, and the Suez Canal Authority (SCA) ever since its seizure on April 13.

The ship, which was carrying nearly 20,000 containers, had been impounded by the SCA after it was unstuck from the banks of the canal, where it had spent six days blocking a crucial international shipping route.

Egypt initially asked $900 million (around R12 billion) in compensation, a demand that was whittled down in the following weeks. The ship's owner's counter-offer to that initial demand was $150 million (R2 billion), according to Bloomberg.

Details of the final deal between the SCA and the ship's owners have not been made public. However, people close to the negotiations told The Wall Street Journal that the preliminary compensation deal, struck in late June, called for $200 million (around R3 billion) and a tugboat.

Dustin Eno, a spokesman the UK Club, which insures the Ever Given, declined to provide details of the deal.

According to the WSJ, the ship's departure from the port of Ismailia - the nearest city to where the ship got stuck - will be broadcast live on Egyptian TV. The passage would be marked with a ceremony, Reuters reported.

As of 11.45 a.m. local time, the ship was headed out of the Bitter Lake, an artificial body of water off the canal where it has been held since its seizure.

It was travelling north and headed for the main waterway at nine knots (around 17 km/hour), according to ship tracking website MarineTraffic.com. 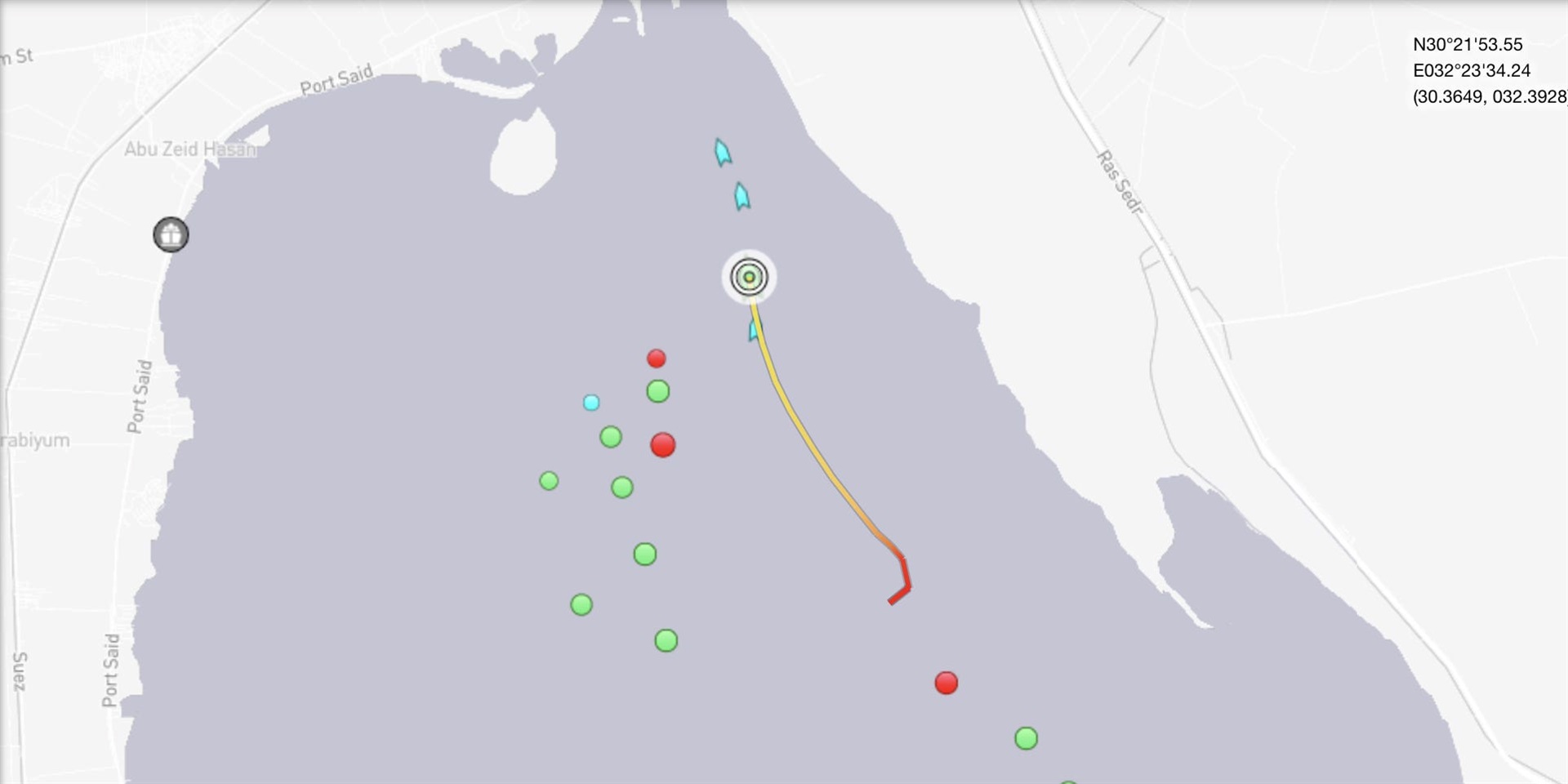 The Ever Given's departure route out of the Bitter Lake, Egypt.

The ship's next port of call is Port Said, at the canal's northern mouth, where it is to be inspected for its seaworthiness.

After that it can get into the Mediterranean and try to reach its original intended destination, the port of Rotterdam in the Netherlands. It will also remove its containers at the UK's port of Felixstowe, the paper reported.

For its second trek through the canal, it will be accompanied by two tugboats and will have two experienced pilots on board, Reuters reported.