Covid-19: Europe's second wave is here - and some countries have worse outbreaks than in March, says EU

A waiter looks out on the terrace of a Paris bar during the coronavirus pandemic on September 24, 2020.
Kiran Ridley/Getty Images

France and the UK recorded their highest daily Covid-19 cases since the global outbreak began, and the EU warned that some of its countries now have worse outbreaks than they had in March.

Stella Kyriakides, the EU's health commissioner Stella Kyriakides warned on Thursday that in "some member states, the situation is now even worse than during the peak in March."

Taken together, the developments point to the feared second wave of the pandemic having arrived in Europe.

There are differences from the first wave in spring. While infections have increased, the number of deaths has not risen so sharply.

Also, the ability of officials to test and keep track of the number of infections has increased, meaning that the daily figures are now a better reflection of how the virus is spreading.

In the first wave, testing systems were only able to capture a small portion of those infected. People on the London Underground on September 25, 2020.
Aaron Chown/PA Images via Getty Images

This is the picture across European countries as of Friday: The EU also listed seven countries as "high concern." They are:

European countries' current strategy for dealing with the virus is starkly different to the strict lockdown most implemented during the first wave.

In those early lockdowns, some regions banned outdoor exercise and insisted on citizens carrying permission forms to leave their homes.

Governments are now largely relying on local and regional lockdowns, and urging people to work from home, wear masks, and practise social distancing.

However, not all European countries are seeing the same pattern.

Italy, the first European country to be devastated by the virus, is seeing around 1,500 new cases a day — far higher than in June, July, and August, but well below its March peak of 6,554. Germany and Ireland are also seeing cases rise, but not to the extent seen earlier in 2020.

The situation in Europe contrasts with that of the US, where the outbreak has continued in a more linear progression.

Dr. Anthony Fauci, the US's top infectious-disease expert, warned in June that the US was still in its "first wave."

The new daily cases in the US has only risen since then. 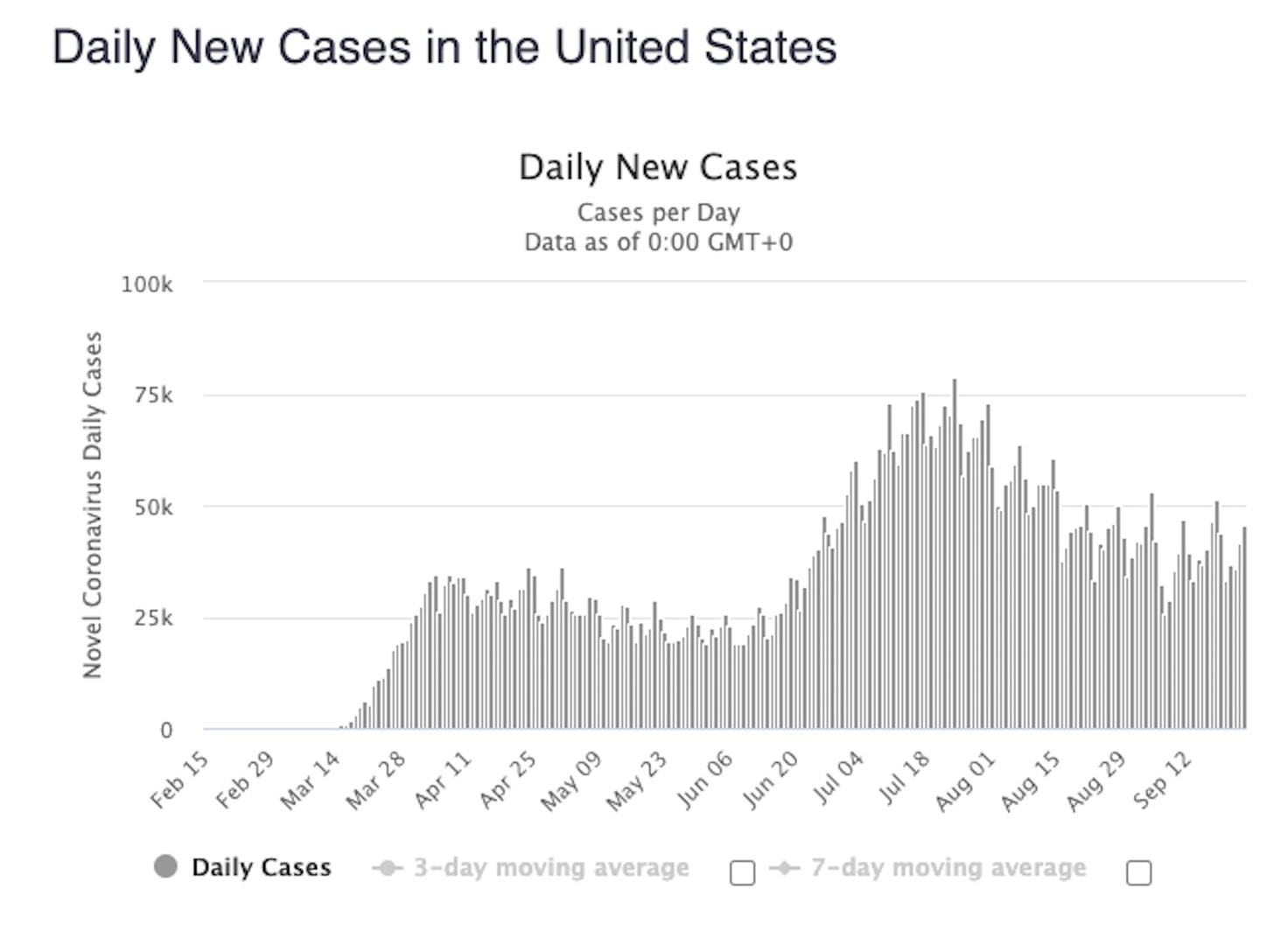 The US US daily new coronavirus cases as of September 24.
Worldometer
Read the original article on Business Insider