11 fascinating environmental protections and laws around the world From student walk-outs to the Extinction Rebellion, a growing number of people worldwide are asking companies and governments to address the growing consequences of climate change. While there is still a dire need to cut down greenhouse-gas emissions, some countries have started enacting policies aimed at decreasing the use of plastics, protecting insects, and limiting car use.

Here are some the most notable and interesting environmental policies emerging around the world. The equivalent of one garbage truck full of plastic waste enters the ocean every minute. So countries around the world are increasingly trying to reduce the use of single-use plastics, such as bags, bottles, and packaging, to cut down on that pollution.

The list of nations that have banned plastic in some form includes: Rwanda, France, New Delhi, Jamaica, Taiwan, Morocco, Kenya, and more. According to a report by the UN, 127 countries have or are working toward plastic bans.

Recently, the EU passed a ban on single-use plastic that aims to eliminate the production of 10 items, including straws, starting in 2021. The goal is to shift the production of these disposable products to use more sustainable materials.

Kenya's plastic bag ban is considered one of the most extreme of its kind.

Kenya's ban on plastic bags, which went into effect in 2017, is one of the strictest environmental laws on this list. Anyone in Kenya who is found to be selling, manufacturing, or carrying the bags could face fines of up to $38,000 (R543,000) or up to four years in prison.

According to The Guardian, 50 people were arrested in ban-related raids in February 2018.

Some places are embracing car-free zones or days.

Many cities around the world have select pedestrian-only spaces, but more and more places are starting to expand these zones and do away with automobiles for longer periods of time. Quite a few small islands in Croatia are car-free, for example, and several towns in Switzerland do not allow for automobiles. Plenty of other villages, towns, and cities have special car-free days.

These policies both protect pedestrian safety and lower CO2 emissions. Some cities have found that such bans can reduce particulate matter: Beijing, China, which bans cars once a week, saw a roughly 9% decrease, according to the Washington Post. But Mexico city, which has a similar ban, has not seen the same success.

The European Union has committed to banning pesticides that are dangerous to bees.

Bees help pollinate the plants that provide a large portion of our food supply. But some common pesticides are thought to be harmful to bees (and sometimes birds as well).

As such, the European Union implemented a ban on the outdoor use of three pesticides in 2018: clothianidin, imidacloprid, and thiamethoxam. France went even further, banning five types of pesticides that are believed to harm bees from being used in either outdoor fields or greenhouses.

Bolivia granted the planet its own rights. So far, some environmentalists are still hoping to see the law spur more action, but some other places have followed Bolivia's lead. New Zealand, for example, granted legal status to its Whanganui River.

Norway cracked down on deforestation in its own country and in others.

Forests continue to be demolished at alarming rates for mining and farming. Reducing tree volume can lead to a multitude of environmental harms, including the disruption of ecosystems and higher levels of carbon entering the atmosphere, which contributes to climate change.

Norway adopted its zero deforestation law in 2016, which prohibits the country from importing goods or materials linked to deforestation. The government also cannot grant contracts to companies involved in deforestation. It was the first country to enact such a policy.

Norway also joined forces with a group of environmental charities in 2018 and pledged $500 million (R7 billion) against deforestation in Norway as well as in Indonesia and Brazil. The pledge also recognized the rights of local indigenous communities to become stewards of forests in their areas.

Sometimes it feels easier to just throw away a broken item and buy something new, whether it be a pair of jeans, microwave, cell phone, or lawnmower. But this contributes to the world's ever-growing mountains of waste.

To push its citizens to repair and reuse items instead of tossing them out, Sweden offers a tax incentive that halves the tax on labor for repairs.

Palau created a no-fishing zone the size of Spain. 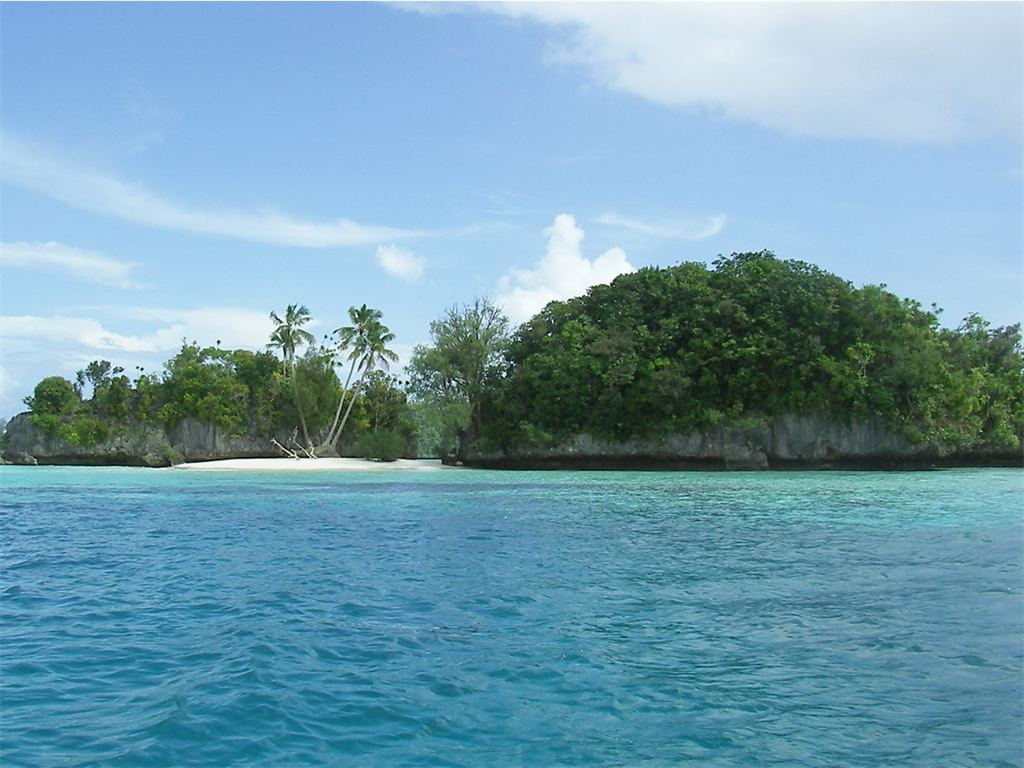 Overfishing - meaning fishing at a higher rate than the marine population can recover from - can have rippling effects through a food chain, leading fragile ecosystems to break down.

The island nation of Palau confronted that threat in 2014 by creating a no-fishing zone that's roughly 630,000 square kilometers in area, or about the size of Spain. Palau has enacted other other measures to protect its surrounding waters too: it created the world's first shark sanctuary in 2009 and is also set to ban some types of sunscreen in 2020 in an effort to save its coral reefs from harm. About a third of all food grown around the world gets thrown out. In France, about 7 million tons of food gets thrown away annually, according to German public broadcaster Deutsche Welle.

To lower its food waste, France implemented a law in 2016 that's the first of its kind. Supermarkets there are compelled to donate unsold food to those who need it. If they don't, they face a fine of 3,750 euros.

According to NPR, some store owners and many people who utilize the donated food have given positive reviews of the program.

The US' Superfund Amendments and Reauthorization Act aims to prevent hazardous chemicals from causing a public-health disaster.

The Superfund Amendments and Reauthorization Act in the US, otherwise known as SARA, was implemented in 1986 as an update to a previous law, following a chemical disaster in India that killed 3,800 people.

SARA set rules about how to clean up hazardous waste sites and required that public-health officials be informed of facilities that contain hazardous materials - especially after a release of the chemicals occurs.

Cap-and-trade policies put an upper limit on the amount of allowed carbon emissions. The specifics of such regulations differ from place to place, but generally, companies and groups within a given sector can bid on (or buy) a finite number of credits for permitted emissions. Then they can sell or trade those allowances amongst themselves.

China implemented a giant cap-and-trade program in 2017 as a strategy to tackle the country's pollution problem. (China burns half of the world's coal supply annually.) The rules primarily affect companies that emit at least 26,000 tons of CO2 annually, though the goal when the program launched was for it to eventually cover up to 8,000 businesses.