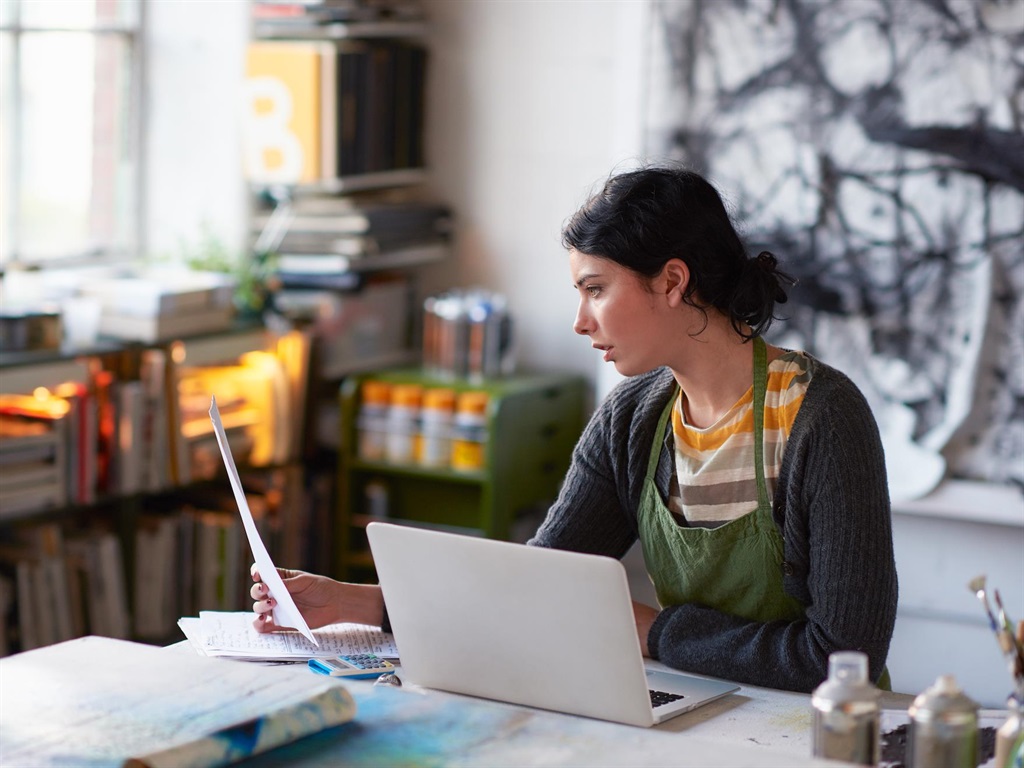 Find the right business model for you.
10'000 Hours/Getty Images

There's plenty of advice out there for aspiring entrepreneurs on how to determine a business model - lessons on finding product-market fit, building a financial plan, and setting pricing that will net a profit, for example.

And that's all important, of course. But what's often missing from those conversations is advice on how to determine a model that doesn't just work - it works for you.

Take it from these five founders. When they started thinking about how to launch their companies, they didn't necessarily want to do things the traditional way. In fact, in many ways, that was their motivation for becoming an entrepreneur. Here are their stories and advice on how they approached their business models to do things differently - and how that's led to more success and happiness than they could have imagined.

'I built for creativity, not just profit' As a senior leader at one of the largest design companies in the world, Gelare Danaie had a firsthand look into how the projects she worked on shaped the future of cities, transportation, and public infrastructures. She also witnessed how the company took on as many clients as possible to boost profits, and how that made the architects and planners involved feel overwhelmed.

"They need to work on different tasks and projects at the same time, and the reality is the business model of consulting business has no luxury for 'design thinking' and 'co-creation,'" she said. "The outcome is projects that miss one crucial ingredient: innovation."

So when she launched her own design firm, she was determined to do things differently. For starters, she hired people from many different disciplines - in addition to architects and interior designers, she added connectivity experts, strategists, wayfinders, and human behavior researchers to the mix.

Instead of each working fast and furiously on their own tasks, the team approaches new projects with design workshops where every party can contribute. "It is a lot of fun … and the outcome is always different and it is always exciting to see how we can help make more meaningful places by challenging the status quo of how things are done in a traditional consulting firm," she said. "We believe the design industry of tomorrow needs creativity at its heart and not the shareholder profit." When Amelia Kruse started thinking about launching her coaching practice, she knew it was "it" for her - that this work was going to be the core of the rest of her career. So when she thought about her business model, she didn't just think about what would work for her now - she wanted a model that was sustainable for the long haul.

"I was thinking less about building a traditional business model and more about building the foundations of a life for myself," she said. "I thought a great deal about what my values were, what drove me as a coach and a person, and what meaning and purpose a coaching practice held for me."

While she thought about the logistics and budget of launching the business, those came after she had the more philosophical foundation in place.

"Once I could see what I wanted my business to look like, the types of people I wanted to work with, the kind of coach I aspired to be, the other more traditional business model aspects followed seamlessly and simply," she said. "A great perk of this is that as you evolve as an entrepreneur, you can also evolve aspects of your model since the foundation of your business is unshakeable."

'I learned from my past company' subko&co, a boutique digital marketing agency, is actually Marta Subko's second company. But its origins were heavily influenced by her first venture, an ecommerce startup that failed due to cofounder disagreements - and left Marta in debt.

"After this learning experience, it was clear to me that my next business would have the following criteria: quickly generate money to pay off debts; be able to run without any funding; allow me to have total ownership and responsibility for the projects," she said. "On top of these things, I needed something that would lift me up after feeling incredibly burnt out."

The answer was a marketing agency that initially specialised in the French market. After studying in Paris, Marta said, "I understood the culture and people of France and working in French was a huge motivator for me." Plus, she saw a clear opportunity: There were no other Francophonic agencies where she lived.

Marketing agencies aren't new business models, and Marta admitted that "compared to startups they might be considered less glamorous and underrated." In reality, though, it's been the perfect move after startup life.

"Working with an existing business model is perfectly fine as long as you stay deeply curious and innovative, and you find a niche market that personally drives you and differentiates you from others," she said.

'I wanted to give back' 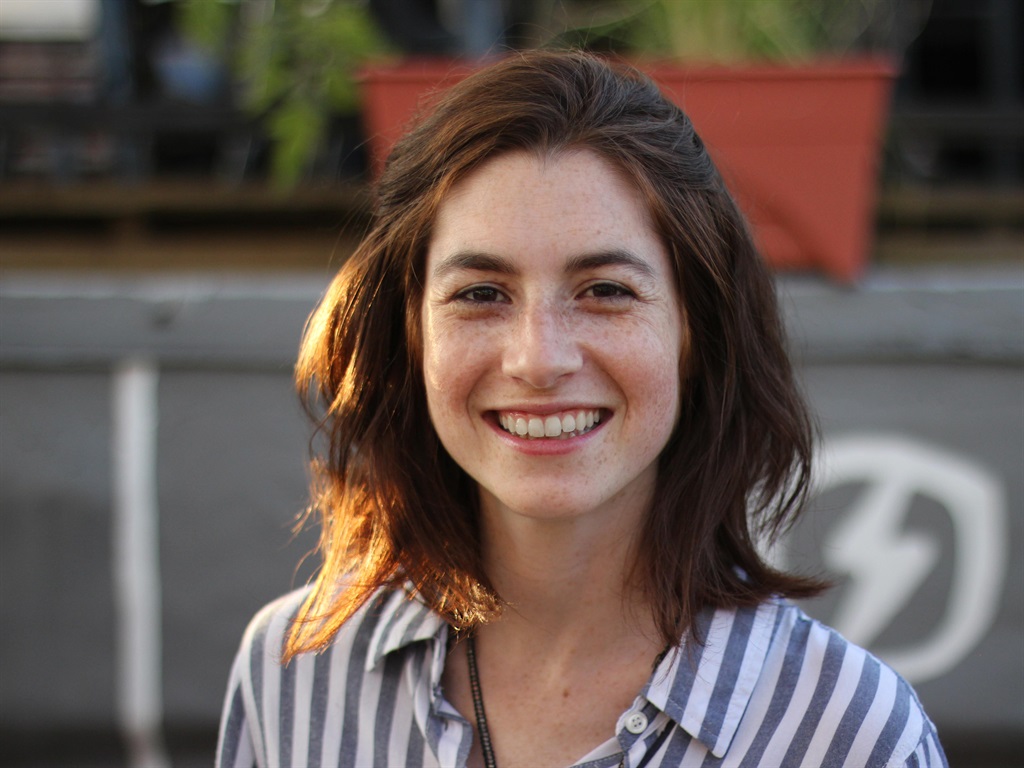 When Elana Reinholtz founded Bird + Stone, a direct-to-consumer jewelry brand, she knew that a key part of her business model would be giving part of the proceeds to nonprofits. She didn't just want to create beautiful things, she emphasised; she wanted to start a movement.

"We are building a community of changemakers - people who buy bracelets but also volunteer, take action in their communities, and vote and engage with their legislators."

But this approach wasn't always met with positivity. Early on, when she was seeking funding, she got lukewarm feedback, with one investor telling her that merging philanthropy and commerce "could never work." She eventually ended up bootstrapping in order to build the company her way. "If I had listened to him," she said, "we wouldn't be where we are today -having donated over $100,000 to our impact partners across causes like women's health, girls' education, and fighting climate change."

Her advice to others? "Stick with your gut and don't let detractors convince you otherwise," she said.

Especially when you're a first-time founder, people will be full of tips for you, but as she put it: "If they're not an operator or they haven't been in your shoes - ignore them."

'I embraced the tough questions' Kristiana Tarnuzzer, founder of The Cause Bar

Kristiana Tarnuzzer has been a philanthropist at heart from a very young age. As a result, over the years, her personal network has reached out to her for suggestions on how they, too, can incorporate ways of giving back throughout the year.

These questions were the genesis of her business model for The Cause Bar, an online destination that offers simple, applicable ways to lead a more cause-focused life.

"I identified a real need and opportunity to unleash the good in those that wanted to be of service more often, but were seeking clarity and motivation on how to do so," she said.

Now, as she's launching the next level of her business, which helps aspiring philanthropists create high-impact, personalised giving plans, she's approaching it in very much the same way.

"There is always and likely will always be the pressing concerns of 'How can I do more? How can I move the needle more?'" she said. "Instead of getting frustrated or overwhelmed by these questions, I like to embrace them and use them as the opportunity for evolvement."