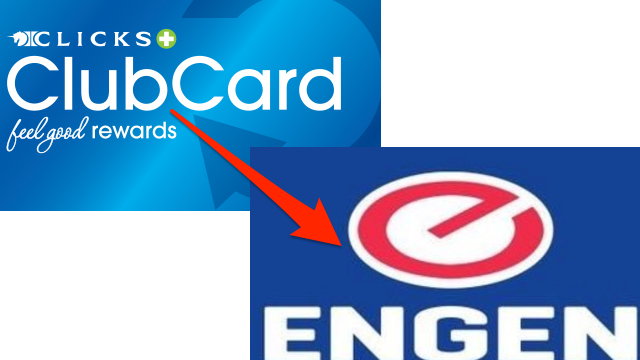 As of Monday 2 December, Clicks ClubCard holders can swipe their cards when filling up at Engen to earn 1 point per litre of fuel. Those points convert to a value of 10c each at set intervals six times a year (the next conversion date is 24 January), after which they can be spent as cash at Clicks, Claire's, or The Body Shop.

That is the exact same deal Clicks had with rival fuel chain Shell, until it abruptly announced the cancellation of that partnership in mid-November. Their partnership came to an end on 30 November, leaving just one day between the divorce from Shell and the marriage to Engen.

At the time Clicks would say nothing whatsoever about the reasons for the end of its deal with Shell.

However, in announcing the new deal, both Engen and Clicks pointed out that Engen has South Africa’s largest service station footprint, perhaps hinting at the reason it replaced Shell.

On Wednesdays ClubCard members used to receive double the points, worth 20c per litre of fuel, under the Shell deal. That doubling will also apply at Engen – for the entire months of December and January – on two specific types of fuel: Engen Primax Unleaded or Engen Dynamic Diesel 50ppm.

Related Links
Clicks and Shell scrap their rewards deal - and ClubCard members are hurting
Sasol could sell cheaper fuel if the petrol price were deregulated – at current oil prices, anyway
The petrol price is up 32% since 2012 – even though right now a barrel of oil costs almost...
Next on Business Insider
A UK company testing out a 4-day work week to attract employees says it's seen a boost in productivity, profits, and morale