If you were waiting for Tesla to release a less expensive car before buying one, get ready to wait a little longer.

Tesla isn't working on the $25,000 electric car it promised would arrive around 2023, Elon Musk told investors during a conference call on Wednesday. He said Tesla is too busy with other projects to make time for the low-cost electric vehicle.

"We're not currently working on the $25,000 car," the Tesla CEO said. "At some point we will, but we have enough on our plate right now, too much on our plate frankly."

Musk announced plans for the model during an event in August 2020. He said that as battery costs come down, Tesla would be able to launch a fully autonomous, $25,000 vehicle. He didn't reveal what it would look like or any specifications, but said it would arrive in around three years. 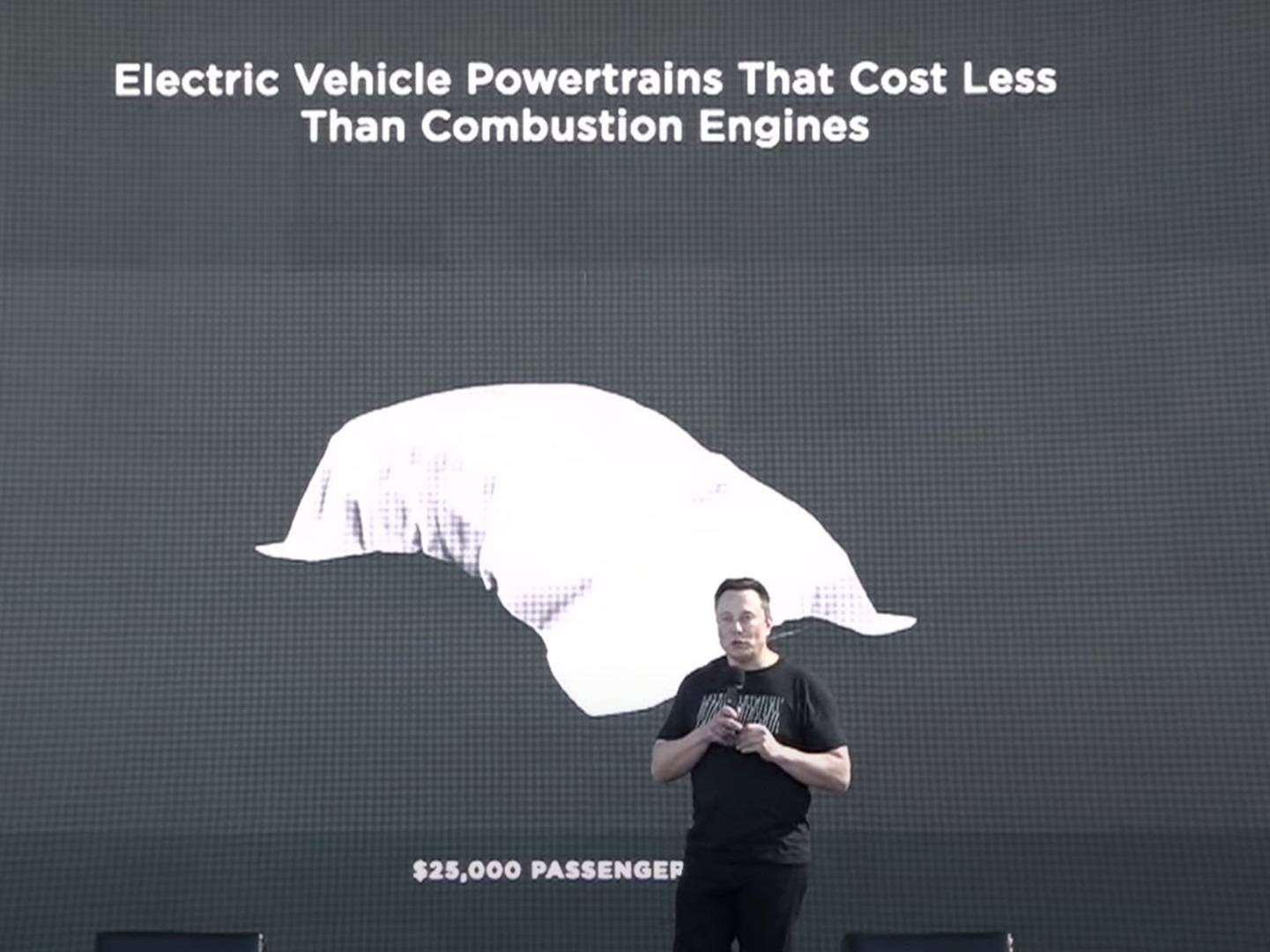 Since Tesla's inception, the plan has been to start with high-end cars and, over time, introduce inexpensive, mass-market options. It started with the Roadster sports car, which cost around $100,000. Then it launched the Model S sedan and Model X SUV, expensive luxury vehicles that were slightly cheaper than the Roadster. Later on, the Model 3 sedan and Model Y SUV introduced options in the $45,000-$60,000 range.

Tesla said the Model 3 would start at $35,000, but that pricepoint was never made widely available.

The $25,000 vehicle may soon join the ranks of long-delayed Tesla models that include the Cybertruck pickup, the Roadster supercar, and the Semi tractor-trailer. All were supposed to already be on the road, but are now delayed at least until 2023. During Tesla's fourth-quarter earnings call on Wednesday, Musk confirmed that the automaker won't be releasing any new models in 2022 to focus on scaling production further.

Musk said on Wednesday that building a cheap car isn't as nearly as important as solving autonomous driving. Musk has long promised that Teslas would eventually be able to function as robotaxis that earn their owners passive income, thus offsetting the cost of the vehicle.

Even as battery costs have declined and appetite for electric cars has grown, no carmaker has managed to release a long-range, $25,000 vehicle. The cheapest EV you can buy in the US, the Nissan Leaf, starts at $27,400.