'The most difficult and painful year of my career': Tesla CEO Elon Musk opens up about personal and professional struggles 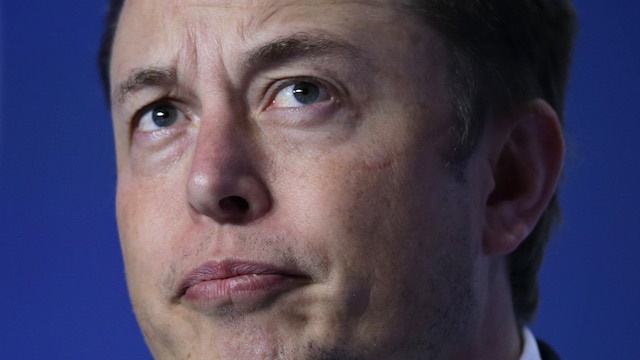 Tesla CEO Elon Musk said the past year has been "the most difficult and painful year of my career," in a revealing New York Times interview published Thursday night.

Musk admitted that he has been charging full speed ahead in all directions — with the production of his electric-car company's first mass-market vehicle, the Tesla Model 3, and with the many business and personal obligations he says have begun to affect his health. “It’s not been great, actually. I’ve had friends come by who are really concerned,” Musk told The Times.S

"There were times when I didn't leave the factory for three or four days — days when I didn't go outside," Musk said, adding: "This has really come at the expense of seeing my kids. And seeing friends."

Normally known for his brash and unorthodox leadership style, Musk was, at points, penitent and self-reflective, acknowledging the headaches some of his more recent public behaviour have caused for his company, its board members, and its shareholders. The most recent headache came from Musk's now-infamous declarations about taking Tesla private. It all started with a tweet on August 7, and now, fewer than two weeks later, a Securities and Exchange Commission inquiry is underway, some members of Tesla's board of directors have lawyered up, and several shareholder lawsuits have been filed.

The matter stems in part from an assertion Musk made on Twitter — that he had "funding secured" for a privatisation deal, and stating the price at which shareholders could unload their shares: $420 each, a roughly 20% premium over Tesla's current stock price at the time.

All of this has prompted questions about what motivated Musk to forgo the proper channels in favour of hashing out sensitive financial strategy on social media.

Since then, Musk has offered follow-up explanations for the way he handled things, including an admission that he had seen his remarks as a good-faith effort to be transparent with his company's stakeholders. His claim that funding for a go-private deal was "secured," Musk said, was prompted by his belief that Saudi investors were on board to fund a deal.

The consequences have been swift and fierce, and members of Tesla's board of directors are now reportedly seeking protection. The events of the past week are the result of a slowly brewing anxiety in Musk. In recent months, the Tesla CEO has lashed out wildly on social media — at investment analysts, critics, and journalists who published stories about Tesla that he didn't like.

Musk, in his interview with The Times, pointed again to the challenges surrounding his heavy workload and lack of sleep. "It is often a choice of no sleep or Ambien [sleeping tablets]," Musk said.

According unnamed sources cited by the newspaper, some Tesla board members have expressed concern about this, because the sleep medication sometimes leads to "late-night Twitter sessions," rather than sleep, the source said.

That issue has reportedly prompted internal efforts to find a second-in-command for Musk, though the chief executive says he is unaware of any such plan.

In a statement to The Times that Tesla attributed to the board of directors, the company criticised what it called "false and irresponsible rumors" about the board's discussions.

"We would like to make clear that Elon’s commitment and dedication to Tesla is obvious," the statement read.

"Over the past 15 years, Elon’s leadership of the Tesla team has caused Tesla to grow from a small start-up to having hundreds of thousands of cars on the road that customers love, employing tens of thousands of people around the world, and creating significant shareholder value in the process.

Related Links
Elon Musk loves video games — here are his favourites
Twitter is locking accounts posing as Elon Musk in an effort to fight cryptocurrency scams
Elon Musk has tried to help fix these 7 humanitarian crises — here's how he's doing so far
Next on Business Insider
Anthony Fauci, who led the US pandemic response, tests positive for Covid-19