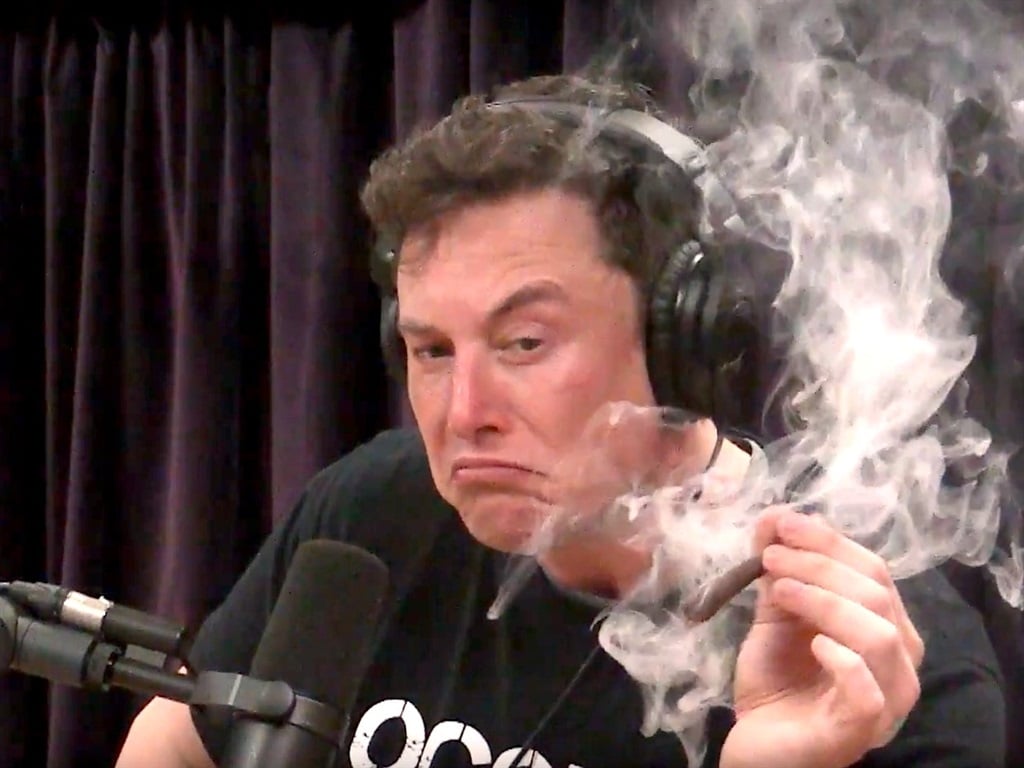 Elon Musk took a drag on a fat joint while being interviewed on the "Joe Rogan Experience" podcast on Thursday.

Musk spoke to Rogan for more than two-and-a-half hours, in the latter stages of which the presenter offered Tesla's CEO a drag on the joint, which was rolled with tobacco.

The exchange began when Rogan told Musk about a small container he bought in Mexico which he hoped would hold joints. He then took out a large joint and lit up.

See also: Elon Musk is at the centre of an astonishing number of bizarre stories and feuds — here are all of the current ones

"Is that a joint or is it a cigar?" Musk asked. "It's marijuana inside of tobacco," said Rogan, and asked if Musk had ever had it. "Yeah I think I tried one once," replied Musk. "Come on, man," said Rogan as Musk laughed. 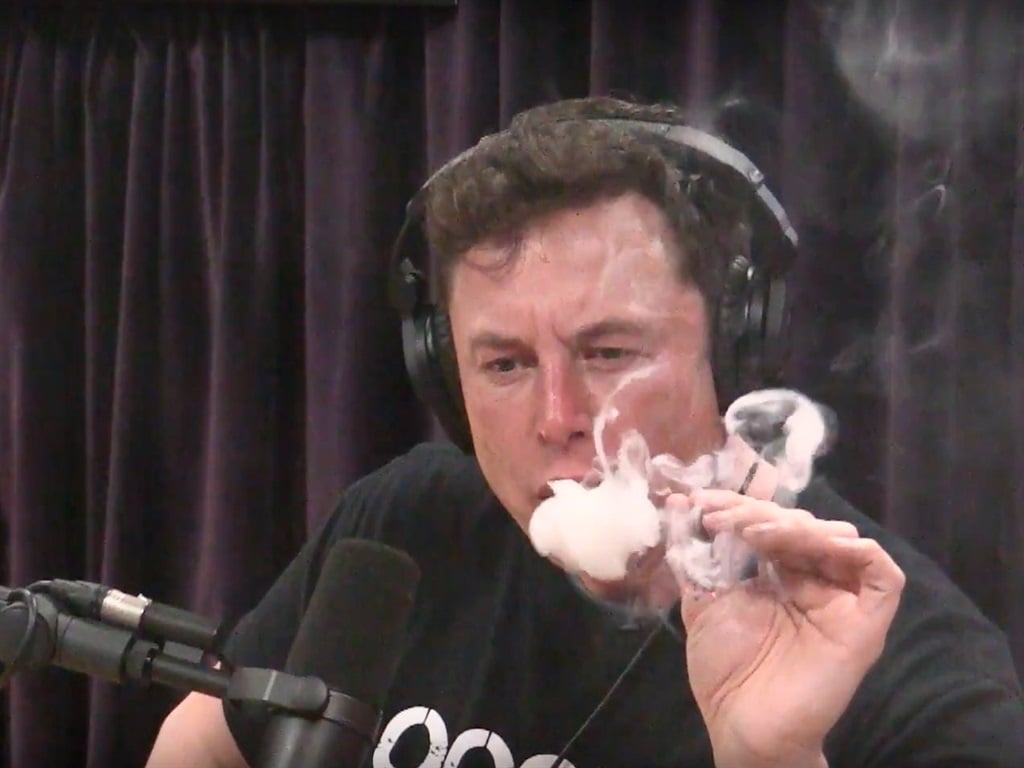 "You probably can't [take a drag] because of stockholders, right?" Rogan said. "I mean it's legal, right?" said Musk before taking a drag.

Marijuana is legal for medical and recreational use in California, where the interview took place. The two men then drank whisky, and Musk pointed out that alcohol is also a drug.

You can watch the exchange in full here:

It's not the first time Musk has been asked about weed in recent weeks.

Some people speculated that he was high when tweeted he was considering taking Tesla private, because he proposed $420 a share, and April 20 or 4/20 is a reference to weed. In an interview with the New York Times, Musk denied he had smoked weed when he tweeted.

He told the newspaper that he is no fan of the drug. "Weed is not helpful for productivity. There’s a reason for the word ‘stoned.’ You just sit there like a stone on weed," he said.