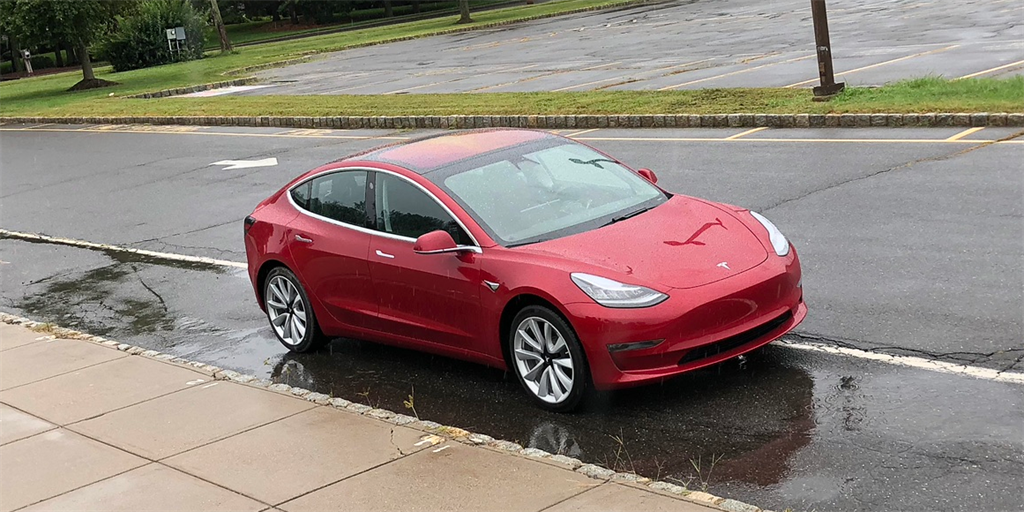 Elon Musk said he is convinced Tesla vehicles are on track to be so far ahead of other vehicles in terms of self-driving technology, it wouldn't make sense for buyers to consider other cars.

"The fundamental message that consumers should be taking today, it is financially insane to buy anything other than a Tesla. It will be like owning a horse in three years. I mean, fine if you want to own a horse. But you should go into it with that expectation," the Tesla CEO said on Monday.

"Like, people should really think about their purchase ... it's basically crazy to buy any other car but a Tesla. We need to convey that argument clearly, and we will after today," Musk said.

The reason you would be "crazy" to buy a rival's car, according to Musk, is because Tesla has equipped its cars with the hardware necessary to become fully self-driving.

Read more: Tesla unveils the 'best chip in the world' for self-driving cars at its autonomy day event

Musk made the comments during an investors' conference at its headquarters in Palo Alto, California, where he and a group of engineers touted a microchip that will power the full-self-driving technology in its vehicles.

That custom chip, built by Samsung, is expected to move the electric-car company further on the path toward truly autonomous driving, known as Level 4 autonomy. "All you need to do is improve the software," Musk said. But the company isn't quite there yet.

Musk has received some criticism from scholars and industry experts who take exception to Musk's use of the phrase "full self-driving" when describing the technology Tesla is selling.

In an interview with The Associated Press, Raj Rajkumar, who teaches electrical and computer engineering at Carnegie Mellon University, said "It sounds like a pipe dream that he's selling people. I think it's basically overpromising, which is typical of Elon Musk."

In exact terms, Level 4 autonomy means a vehicle "will not require you to take over while driving," the Society of Automotive Engineers says. Additionally, at Level 4, a traditional steering wheel and pedals become optional. Dozens of companies, including many automakers, are developing advanced driver-assist technologies with an eye toward autonomous driving.

Tesla's Autopilot feature and the extra-cost "full-self-driving" option can accelerate, brake, and steer the vehicle. The latter adds the Summon feature, automatic lane changes, and "Navigate on Autopilot," which can guide Tesla vehicles to a preset destination from on-ramp to off-ramp and merge onto freeway interchanges.

Both of these systems still require a human to be present and alert in the driver's seat, ready to immediately take control of the car when necessary.

Musk said "probably two years from now, we'll make a car with no steering wheel or pedals," implying Tesla could achieve Level 4 autonomy, or true self-driving capability, within that timeframe - but he acknowledged he has often touted aggressive benchmarks that Tesla did not meet.

The company has previously said its self-driving tech would be ready for a cross-country road trip by the end of 2017.

Marketing self-driving capabilities has tremendous safety implications as well, according to Consumer Reports' advocacy group. The organization said public perceptions of what current driver-assist technologies can do are shaped in part by how automakers talk about those systems.

"Today's driver-assistance technologies have helped deliver on safety, but the marketplace is full of bold claims about self-driving capabilities that overpromise and underdeliver," the organisation said after the Tesla event on Monday.

"We've heard promises of self-driving vehicles from Tesla before. Claims about the company's driving automation systems and safety are not backed up by the data, and it seems today's presentations had more to do with investors than consumers' safety," the group added in its statement.