Elon Musk got into the weirdest fight over a farting unicorn 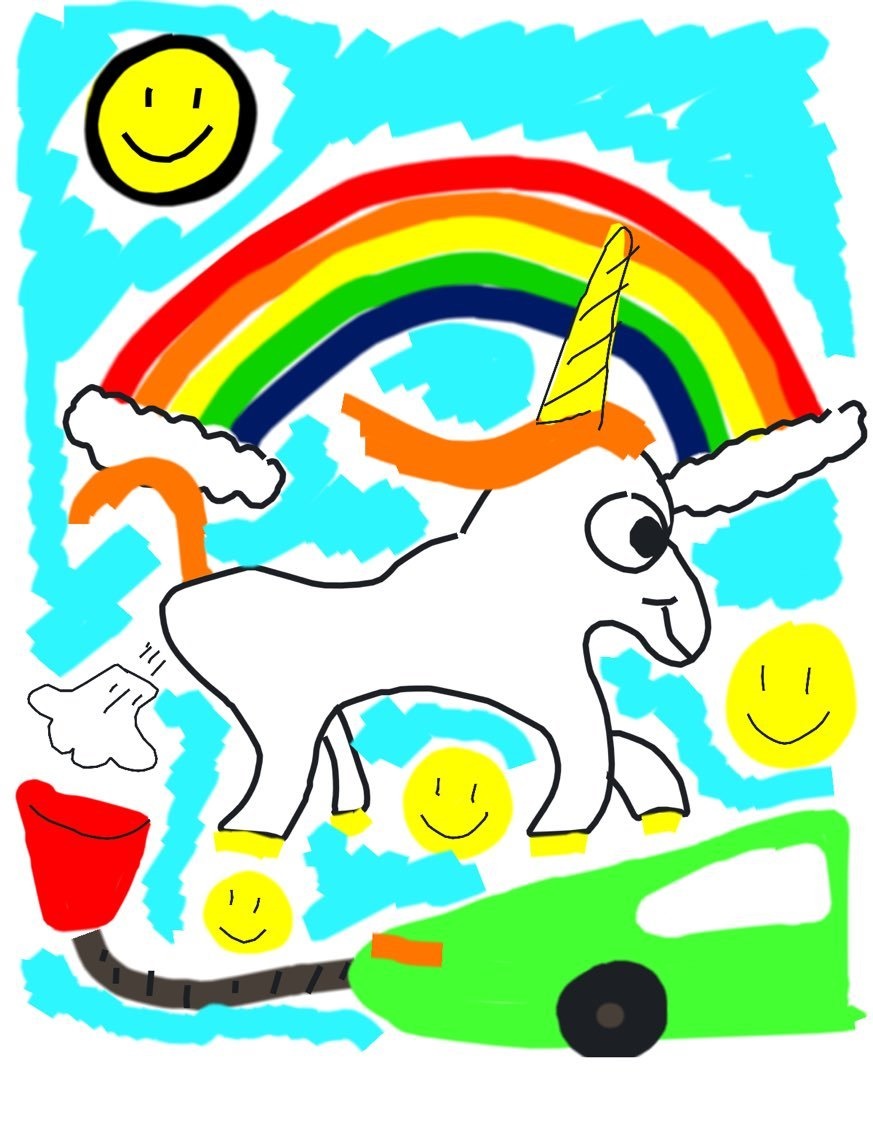 Elon Musk has become embroiled in a dispute with a Colorado potter over an image of a farting unicorn.

Tom Edwards is a potter based in Colorado and designs a range of pottery nicknamed "Wallyware". In February 2017, Elon Musk posted a picture of one of Edwards' mugs, which bears a positive, whimsical message about electric cars accompanied by a farting unicorn.

The caption on the mug reads: "Electric cars are good for the environment because electricity comes from magic."

Musk even commented on the tweet that the mug was, "maybe my favourite mug ever."

At the time Edwards seemed thrilled to have caught Musk's eye. "It’s so flattering to have the guy who created the most amazing car in the world pick my mug as his favourite ever," Edwards wrote in a blog post a day later.

A few months later, on March 30, Musk tweeted a picture showing off Tesla's new "sketch pad" function. This turns the touchscreen inside a Tesla vehicle into a digital drawing pad. Featured in the image was a rough approximation of Edwards' unicorn.

In a blog post published shortly afterwards on April 2, Edwards writes that the tweet prompted another surge in orders for the mug.

However, Edwards told his local newspaper Westword on Tuesday that he had discovered that the flatulent mythical beast was being used as an icon on Tesla's touchpad. Allegedly the image was also used in a Christmas card sent from Musk to Tesla owners. "When I turned on my car this morning, Elon wished me a Merry Christmas using a counterfeit Wally design," a friend of Edwards reported.

Edwards then hired an attorney who wrote to Musk, "please don’t take this as a shakedown, what we are seeking instead is a discussion, and a mutual decision in a way to value the past and continuing use of the image, in a way that both sides can feel good about."

Although Edwards did not copyright the unicorn mug when he first made it, his lawyers assured him he still had ownership of it. "When you make an image and sell it out in the world, there’s a de facto copyright," he told Westword. He has now obtained an official copyright.

While Edwards told Westword he'd had no official contact from Musk or his lawyers, Edwards' daughter Robin ended up in a Twitter exchange with the Silicon Valley mogul on Wednesday. Robin Edwards, a musician, was tweeting under her stage name Lisa Prank.

Musk claims that the image was made by Twitter user Nik Jovanovic, and that it was chosen at random by his software team, "as a joke."

Edwards responded that Musk should still compensate her father for using his creative property.

Musk responded that going forwards he's instructed his team to use a different image, and added that it would be "kinda lame" for Edwards to sue. "If anything, this attention increased his mug sales," he said.

Edwards called the image "a direct copy" of her father's work and stated "every element that goes into building the Tesla financially benefits you."

She added that using the image in promotional Christmas material added to Tesla's brand.

At this point the Twitter-war subsided.

Tesla declined to comment, and Business Insider has reached out to Tom Edwards and Lisa Prank.