The eccentric billionaire and real-life Tony Stark has courted controversy and made headlines for all the wrong reasons lately, but he's also had some remarkable success in developing world-changing technology.

For all his bluster, attacks on journalists, and odd behaviour, he does seem genuine in his offer to help solve some of humanity's most dire problems.

He's put his money where his mouth is. Climate change? Musk's electric car company, Tesla, has made electric cars exciting. Traffic woes and all the negative health effects of congestion-caused pollution? Musk created The Boring Company to dig a network of tunnels below Los Angeles to avoid gridlocked freeways. Colonising other planets to save ourselves from extinction? SpaceX is working on it.

Beyond these moonshot initiatives, Musk has delivered real results. After Hurricane Maria knocked out power for millions of Puerto Rico's residents last year, Musk donated hundreds of solar-powered batteries to the island.

Below, we check in on a few of humanity's problems Musk said he wants to solve. Here's where he's at — and whether or not he's actually helping. The Fix: A "kid-size" submarine.

During the mission to save 12 boys and their soccer coach from a flooded cave in Thailand, Musk gathered engineers from Tesla, SpaceX and the Boring Company to create a "kid-size" submarine using rocket parts.

The chief of the rescue mission said the device was not practical, and the rescue was completed successfully without Musk’s device. A British diver involved in the rescue also called Musk’s actions a “PR stunt” and said the submarine had no chance of working in this scenario. In response, Musk called the diver a “pedo guy” in a tweet, which has since been deleted.

The diver told Australia’s Channel 7 News that he is considering suing Musk over the comment.

Still, a Thai military official said Musk’s submarine could be useful for future missions, and engineers from SpaceX have met with members of the Thai Navy to train them on using it. Musk tweeted that the engineers also received feedback from British divers about improving the technology.

The Verdict: Not helping — at least for this specific mission. Flint in Michigan in the US continues to grapple with the effects of a water crisis in which dangerous levels of lead were detected after the state switched the city’s water supply (from Lake Huron to the Flint River) in 2014.

The US Environmental Protection Agency says any water with lead levels above 15 parts per billion requires action to minimise exposure. In Flint, lead levels in some homes surpassed 4,000 ppb. Lead levels fell to 12 ppb by the end of 2016, and officials say the water is now safe to drink. Some Flint residents remain skeptical.

Last week, Musk promised to fix the pipes in homes with water contamination "above FDA levels." He also tweeted that he will organise a weekend to add filters to houses in Flint and to "hopefully fix perception of those that are actually good."

As of Friday, Flint Mayor Karen Weaver had not yet met with Musk, but she told ABC News that a conversation with Musk’s team left her hopeful that he may help Flint's residents.

The Verdict: Let's wait and see.

The Crisis: Traffic, and the negative health effects of gridlock The Fix: An underground network of tunnels.

Like many of us who aren't eccentric billionaires, Musk hates sitting in traffic. His solution to LA's notoriously traffic-clogged freeways: digging a network of tunnels beneath the city.

Traffic is more than just an annoyance. According to a recent study, the air pollution generated by traffic can lead to an increase in heart disease and stroke risk for those living near congested areas. Other studies have shown that people living near major roadways in congested cities have an increase in emergency room visits and mortality, among other health effects.

Through The Boring Company, Musk is seeking to connect LA's densest neighbourhoods with an underground "Loop" system that could carry passengers — and even cars — up to 150 miles-per-hour, cutting travel times across the city, and reducing traffic-caused pollution in the process.

While this sounds amazing in theory, the reality is a bit murkier, as Business Insider's Matt DeBord wrote.

The system is set to benefit well-off Angelenos and avoids some poorer neighbourhoods (where commute times are often longest) altogether. It's another billion-dollar solution to a problem that could be more easily solved by telecommuting or shifting work hours, DeBord wrote.

The Verdict: Too early to tell. A local resident cleans debris near his damaged home in an area without electricity on October 15, 2017 in San Isidro, Puerto Rico. Puerto Rico is suffering shortages of food and water in many areas and only 15 percent of grid electricity has been restored. (Photo by Mario Tama/Getty Images)

After Hurricane Maria knocked out power for Puerto Rico’s 3.5 million residents in September 2017 and left them without basic resources like running water, Tesla pledged to help install battery packs and repair solar panels on the island.

While the official death toll was 64, a study released in the New England Journal of Medicine this year  claimed that over 4,000 more people died in the three months after the hurricane, largely due to problems getting medical care or medicines.

San Juan Mayor Carmen Cruz said in September that it could take up to 6 months to restore the electric grid, and Tesla sent hundreds of its Powerwall batteries to help residents in the interim. During an island-wide blackout in April, Musk tweeted that Tesla batteries were delivering power to 662 locations in Puerto Rico, and that employees were working to install hundreds more. In June, Musk tweeted that Tesla has "about 11,000 projects underway in Puerto Rico."

Musk has successfully provided power to areas affected by natural disasters before; In 2010, Musk and SolarCity donated a solar power system to a hurricane response centre in the Gulf Coast village of Coden, Alabama. The project, built by SolarCity and funded by the Musk Foundation, provided residents with an alternate source of power in case of an outage.

The following year, the Musk Foundation donated $250,000 to build a solar power system in Soma, a city in Japan’s Fukushima prefecture that was devastated by a tsunami. 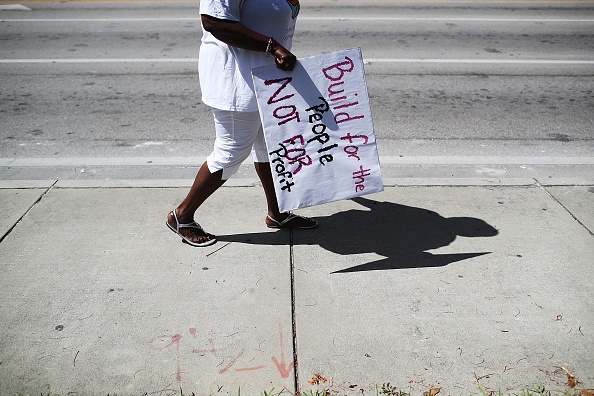 Construction crews from Musk’s Boring Company, which launched in 2016, excavate through rock and soil to bore tunnels.

In March, Musk tweeted that he intends to use leftover earth from these projects to form interlocking, Lego-style bricks that can be used for building houses.

Musk reiterated this plan in May, saying the bricks will help create low-income housing. He wrote that "two people could build the outer walls of a small house in a day or so," but did not specify how much the bricks would cost. On Friday, The Boring Company uploaded a video to Twitter showing the bricks being produced.

The Verdict: It's too early to tell whether this will work.

The Crisis: Climate change, and weaning humanity off fossil fuels If there's a grand vision that unites Musk's seemingly-disparate ambitions, it's solving the existential problem of climate change.

Central to that problem is weaning humans off fossil fuels and moving the world to renewable forms of energy.

His electric car company, Tesla, produced the most profitable electric car ever sold in the Model 3. But the company's stock price — owing partly to its eccentric CEO's erratic behaviour — is volatile as ever, as Musk continues to make headlines for the wrong reasons.  Musk has also struggled with meeting the demands of both his consumers and investors at Tesla. He called building and delivering the Model 3 "production hell" as Tesla raced to produce enough to meet Musk's promises.

Beyond electric cars, a large component of Tesla's business is in solar energy. That part of the business has seen its share of struggles in recent weeks, as the company announced it closed 14 solar installation facilities and laid off 9% of its workforce.

But Musk has done more than perhaps any other recent entrepreneur to make electric cars mainstream in our collective imagination.

The Verdict: He's helping, but it's an ongoing struggle.

The Crisis: A mass-extinction event wiping out all life from Earth Elon Musk wants to solve the world's problems — but his solutions have had varying degrees of success.
SpaceX

The Fix: Colonising Mars and becoming a multi-planetary species.

Musk's rocket company, SpaceX, has lofty goals. One of its chief ambitions, Musk said, is the colonisation of Mars, ultimately pushing humanity to become a "multi-planetary" species.

In 2013, Musk expanded on his thinking around this. "Either we spread to other planets, or we risk going extinct," Musk said, per Futurism. "An extinction event is inevitable and we're increasingly doing ourselves in."

While this is only a problem to the more imaginative among us, Musk has actually made some progress to that end.

According to a presentation he gave last year, SpaceX has developed some of the equipment needed to make life on Mars a reality, including a pressurised oxygen tank, and engines capable of propelling a spacecraft to Mars — part of a rocket Musk calls the BFR, or Big F*cking Rocket. SpaceX also successfully landed its reusable Falcon Heavy boosters during a test launch in February.

That said, we're still a long way from colonising Mars. The technology to transform the dry, dusty Red Planet into a thriving Martian metropolis just doesn't exist yet.

The Verdict: He's helping — if you really think this is a problem worth solving.