Elon Musk made more in 2018 than 65 top CEOs combined, according to a report Elon Musk speaks near a Falcon 9 rocket during his announcement that Japanese billionaire Yusaku Maezawa will be the first private passenger to fly around the moon aboard a SpaceX spaceship, September 17, 2018.
David McNew/AFP/Getty Images

CEOs make a lot of money, but Elon Musk blew his competition out of the water in 2018, according to a new study by The New York Times.

The study, done with the executive compensation consultancy Equilar, looked at compensation for CEOs at 200 large publicly-traded companies last year.

That is such a giant disparity that the Times had to "add an extra dimension" to their chart showing pay for top CEOs. While the other 199 executives on the list are represented by a standard bar chart, Musk's haul is illustrated with a two-dimensional rectangle.

To put that into perspective, the left column on the chart below shows Musk's reported total 2018 compensation from Tesla, while the stack of bars making up the right column show the total sum of the next 65 executives on the Times' list: Musk's compensation package from Tesla is uncommon among top executives. Approved by Tesla's board in March 2018, the package awards options to Musk if Tesla hits specific market capitalization milestones over a decade.

Several commentators at the time noted the unusual nature of the compensation package. Business Insider's Troy Wolverton pointed out that Musk already controls a large amount of Tesla's stock, and so he already has strong incentives to boost the company's market cap.

Tesla disputed this characterisation of Musk's compensation. In a statement to Business Insider, a company spokesperson wrote:

"Elon actually earned $0 in total compensation from Tesla in 2018, and any reporting otherwise is incorrect and misleading. Unlike other CEOs, Elon receives no salary, no cash bonuses, and no equity that simply vests by the passage of time. His only compensation is a completely at-risk performance award that was specifically designed with ambitious milestones, such as doubling Tesla's current market capitalization from approximately $40 billion (R576 billion) to $100 billion (R1.4 trillion). As a result, Elon's entire compensation is directly tied to the long-term success of Tesla and its shareholders, and none of the equity from his 2018 performance package has vested."

Musk's reported outsized compensation coincided with a tumultuous year for him and the company. In an article accompanying the CEO pay study, The Times observed that Tesla had issues with scaling up production of their cars. Further, a tweet from Musk last August suggesting that he had "funding secured" to take the company private led to a SEC investigation and ongoing legal battle.

Tesla's stock price whipsawed throughout 2018, eventually ending up about 4% over the year. In 2019, the stock has declined dramatically as the company's woes continue: 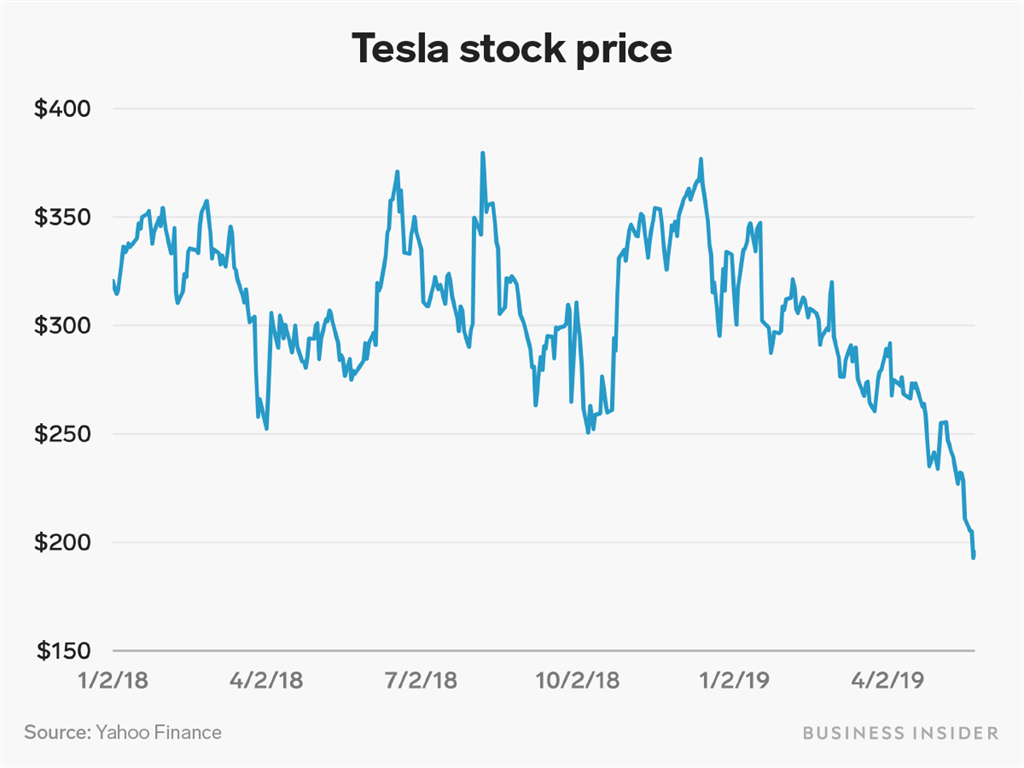