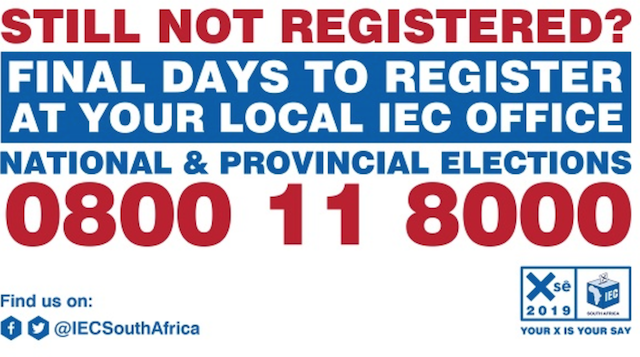 Unless things change drastically during late registration, KwaZulu-Natal will have one more seat in the National Assembly after the 2019 elections than it did before, and the Eastern Cape will lose one of its current seats.

The remaining provinces will go into the new Parliament with the same number of seats in the National Assembly – which means the Western Cape will continue to have fewer seats than the less-populous Eastern Cape, the only instance in which those rankings do not follow total population numbers.

Under South Africa's quasi-federal system of representation, half of the 400 MPs in the National Assembly are elected from a national list, and half from regional lists. Those 200 regional seats are assigned to provinces based on their percentage of the total registered voting population – albeit via a somewhat complicated formula.

The number of seats allocated to each province closely follows total population numbers, with the largest province Gauteng topping the list and the sparsely-populated Northern Cape assigned the least seats – with one exception.

Thanks to the highest proportion of registered voters in the country, the Eastern Cape is on track to have three more seats in the National Assembly than the Western Cape, as it did after the 2014 elections, even though the Western Cape has the bigger population.

But that is a consolation prize for the Eastern Cape, which has lost one of its previous seats, the equivalent of about 4% of its current voting power in the National Assembly.

At Business Insider South Africa's request, the Electoral Commission of South Africa (IEC) calculated seat allocations based on current registered voters. (Late voter registration remains open, and the formula for the calculation is theoretically open to change, but neither are likely to have a significant impact on the final allocation.) Some 46.3% of the total population is registered to vote, but that ratio differs considerably between provinces. Comparing total population to registered voters for each province suggests that the people of North West, Mpumalanga, and Gauteng are relatively apathetic about voting – especially compared to those in the Eastern Cape and Northern Cape, where more than half the estimated population is on the electoral roll. 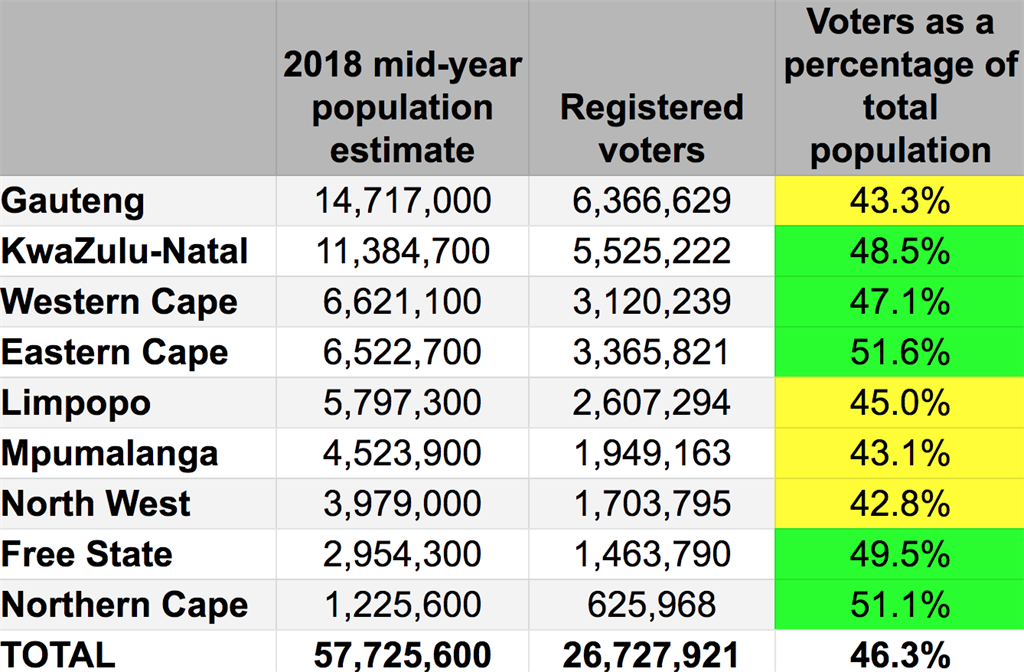 Related Links
SA parties just got an effective 33% discount to register for the 2019 elections
9 Cosatu priorities for the 2019 election, including banning private hospitals and a 50% tax on...
Next on Business Insider
New Yorkers need R23 million to feel 'financially comfortable’, survey says