Investors were eerily accurate in predicting the election results 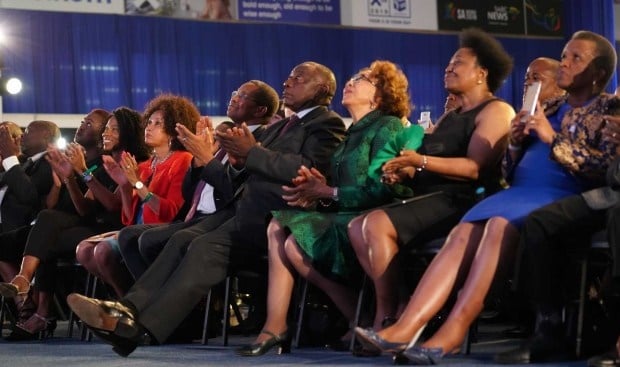 Cyril Ramaphosa looks at the screen as the official results of the 2019 elections are announced (Chante Schatz, News24)

Professional investors were almost spot on in their prediction of this year's national election results.

On Saturday, the IEC announced the final results:

Before the election, the research group Intellidex polled dozens of investment decision-makers at local and offshore asset managers, investment banks, and institutional stockbrokers.

This was their consensus expectation:

They called Gauteng wrong, however.

According to the Intellidex survey, 52% of professional investors did not think the ANC would keep control of the Gauteng. In the end, the ruling party scored 50% of the provincial vote.

Interestingly, the only group who did expect the Gauteng results, were the international investors who took part in the survey.

Given its importance to economic activity, employment and the tax base, Gauteng is critical, says Sanisha Packirisamy, economist at Momentum Investments.

The rand and bonds are likely to strengthen on an outright ANC win, as coalition governments are perceived to be slow to embark on the implementation of reforms, Packirisamy says.

Read: Foreigners dumped billions in South African bonds in the days before the elections – but now they are piling back in

What next for the market?

Most investors who took part in the Intellidex survey expected that any ANC result above 58.3% would trigger a rally.

But even though the ANC did not reach that level, there have been solid gains in both the rand and government bonds.

The latest numbers from the JSE show that international investors were net sellers of R4.2 billion in South African government bonds in the four trading days before Wednesday - which reversed immediately after the election. On Thursday, they were net buyers of R372 million in local bonds.

While almost 76% of the investors surveyed believed that Cyril Ramaphosa would survive as president until 2022, there was widespread skepticism about whether he would be able to boost economic growth.

Investors believe there is only a one-third chance that he will be able to push through reforms after the elections that would allow growth to reach 3% by 2024.

Related Links
These election fraud rumours are going viral - here's what's really going on
This is the largest - and smallest - polling station in the 2019 South African elections
Here's how house prices reacted to previous South African elections - and what you can expect...
Next on Business Insider
China is boosting Russian oil purchases by nearly 50% after initially cutting back