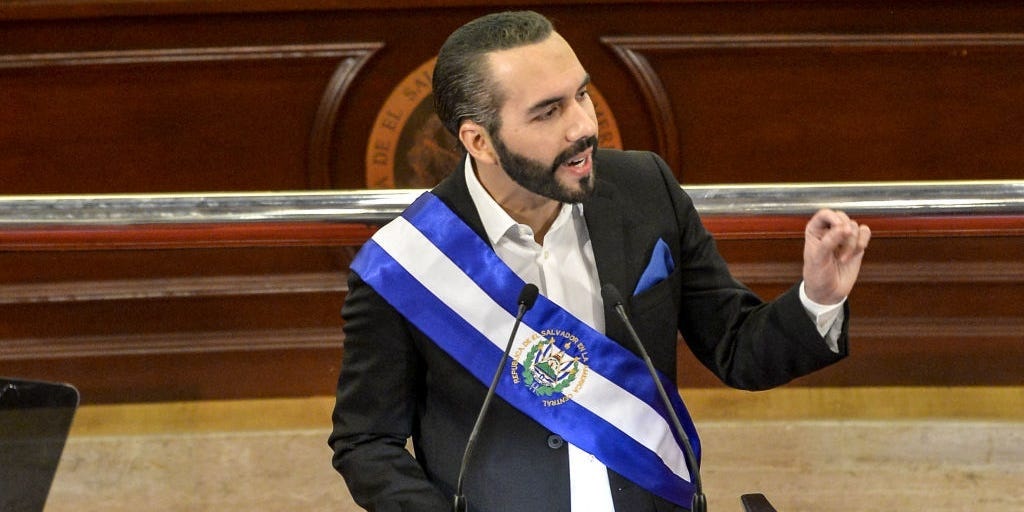 The government's cryptocurrency app, called Chivo - which is local slang for "cool" - can be used by Salvadorans who download and sign up to it using a national ID. President Nayib Bukele Bukele tweeted a glimpse of the Chivo app just last week.

Chivo's application programming interface, or API, and security platform were provided by BitGo, one of the biggest crypto wallet companies in the world, according to Forbes.

Existing BitGo investor Galaxy Digital, founded by billionaire Mike Novogratz, announced in May that it would acquire the crypto startup in the industry's first billion-dollar deal. Novogratz appeared to confirm the Forbes report by cheering BitGo in a retweet of the story on Tuesday.

Citizens of the Central American country can choose to use other crypto wallets, but only those who download Chivo will receive the $30 (around R429) in bitcoin that Bukele has promised. For now, the wallet supports only bitcoin and US dollars. People won't incur fees when making transactions with a counterparty, but funds that are withdrawn come at a cost.

"Digital assets look so different from what we've seen with other types of money, and so people wonder about how [they] fit in, but this is an opportunity to build financial freedom for the people of El Salvador," BitGo CEO Mike Belshe told Forbes on Saturday.

"The ability to send money in a hurry on a Saturday night, when banks are closed, across the planet and at almost no fees, it's hard to put into words how empowering that is, and what we'll see in El Salvador is, people will start figuring it out," he added.

He disclosed that BitGo has secured a "small commercial relationship" with El Salvador's central bank, but didn't reveal further details.

After Bukele confirmed his government holds 400 bitcoin, El Salvador became the world's first sovereign nation to officially make the cryptocurrency legal tender on Tuesday. To help establish its bitcoin wallets, the government recently approved a law to create a $150 million (around R2 billion) fund to enable conversions from bitcoin to US dollars.

Ahead of the official launch, it worked on installing hundreds of bitcoin ATMs and preparing bank branches for nationwide use of the cryptocurrency.

Belshe expects it to take a while for other countries to adopt crypto in the same way as El Salvador, saying "most of these projects usually take a fair amount of time to roll out and materialise."

Founded in 2013, BitGo started off as a digital-assets custodian service. It then started offering other services, including prime lending, taxation, and trading and portfolio management. The company now has more than $40 billion (around R570 billion0 of assets under custody, serves over 400 institutional clients, and processes over 30 billion transactions monthly.

BitGo didn't immediately respond to Insider's request for comment on the Forbes report.