Egypt could seek up to R14.6 billion in compensation for helping the Ever Given out of the Suez Canal 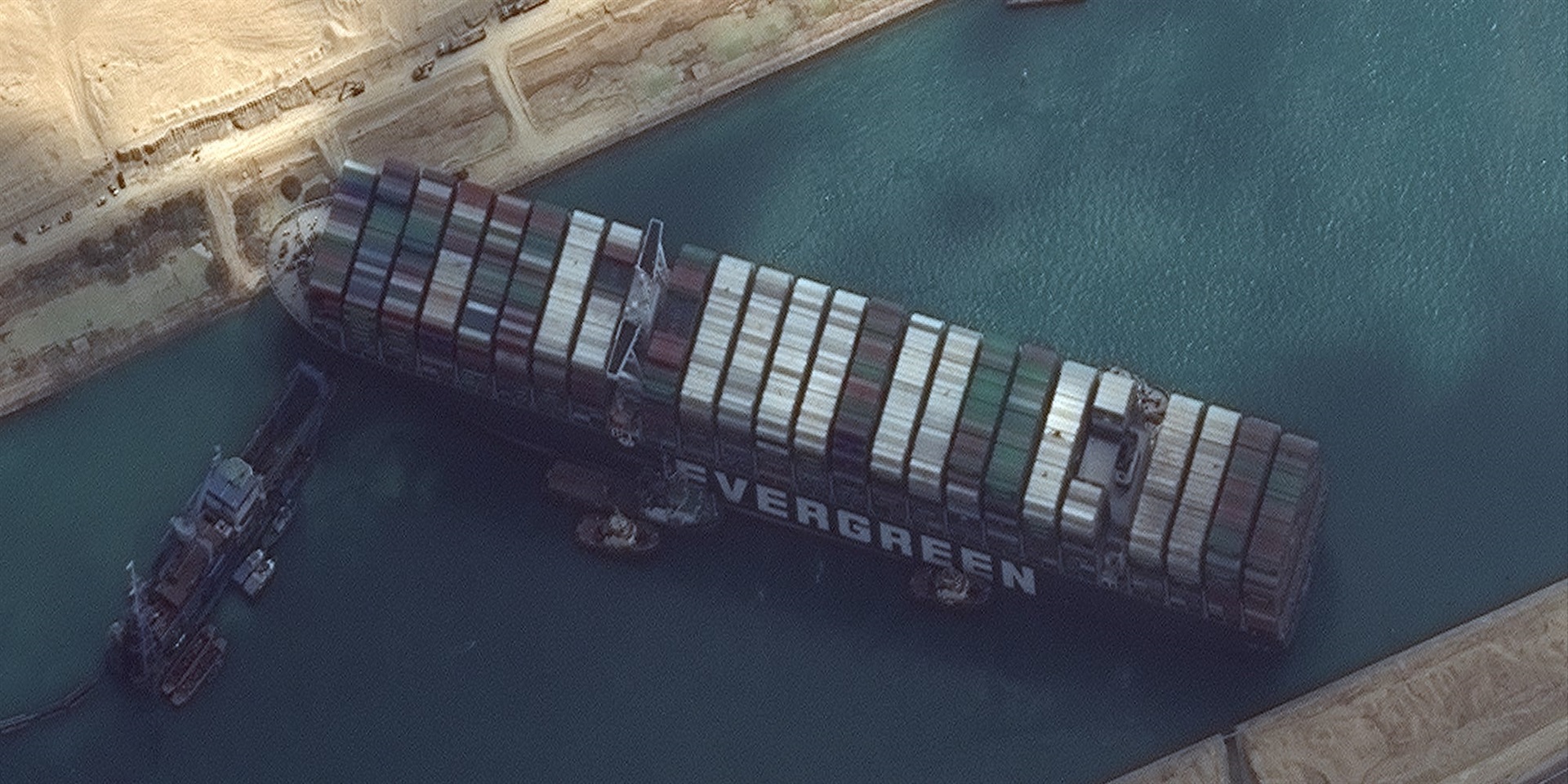 Egypt may seek up to $1 billion (R14.6 billion) in compensation to cover the costs of helping to free the Ever Given ship from the Suez Canal, authorities said Wednesday.

Lt. Gen. Ossama Rabei, who leads the Suez Canal Authority, told Egypt's Sada El Balad channel that the country "will reach over a billion dollars in compensation," though it is not immediately clear who would be liable to pay, USA Today reported.

Eric Hsieh, the president of Evergreen Marine Corp, the charterer of Ever Given, said in a company briefing that the company is "free of responsibility from cargo delays" because "it will be covered by insurance," according to a Bloomberg report.

The figure will go towards covering revenue losses at the canal, the cost of the equipment and machinery used to clear the way, damage done to the canal by the dredging, and compensating the 800 people who worked to free the 200,000-ton boat, Rabei said.

"We will ask for a fair amount," Rabei said, according to a translation from NBC News, adding that "we saved them so much by rescuing the ship without any major damage or losses."

"This is the right of the country," Rabei continued. "It should get its due."

Rabei said he hopes an agreement can be reached regarding appropriate compensation "in two or three days," otherwise the Ever Given will continue to be held in the Great Bitter Lake north of the Suez Canal.

"We could agree on a certain compensation, or it goes to court," he said, according to a CNBC report. "If they decide to go to court, then the ship should be held."

The amount does not include the cost of delays or damages done to the hundreds of other boats impacted by the Ever Given blocking the narrow canal.

Rabei said the cargo ship will not be allowed to continue on to its destination of Rotterdam until the investigation into how the boat got stuck is completed.

egypt suez canal boat ever given