For the first half of the week, the EFF's new regalia store struggled to stay online. But as of Thursday morning it appeared to be stable and, judging by its claims of how many products were selling, pumping.

Comparing its prices to those on offer at the ANC's direct-to-the-public website for branded gear shows why that may be –and just how much cheaper it is to support the EFF than the ANC.

Neither site makes for a pleasant shopping experience, with horrible navigation and terrible categorisation, and poor product descriptions universal across both.

Where they differ most is in apparent target market. The ANC store appears geared towards middle-aged men with more money than fashion sense, while the EFF has an undeniable youthful flavour to it. The EFF is also more in touch with the times; it sells branded masks (for R80), while the ANC seems to only bundle a SA-flag handkerchief that can act as a mask with a puffer jacket, for R900.

On sheer range of golf gear the ANC can not be beat; it has 40 different types of golf shirts listed – not counting long-sleeved, kiddies, and Santaco versions. That is compared to a measly three options from the EFF. But, as in other categories, the EFF is much cheaper.

Here's how the ANC and EFF stores compare. There is no ANC-proper beret available – and the very red Youth League version is currently out of stock. As of mid-week the EFF site's statistics suggested that berets were selling fast – with stock running dangerously low – so availability may be an issue.

Headgear is clearly a major focus area for both parties, but the EFF wins on both price and range, with its R60 beanie, R80 doek, R80 helmet, R100 wide-brimmed hat, and R150 fendi caps.

The ANC, meanwhile, charges R450 for a large variety of golf caps (or R299 for Youth League caps), and R300 for bucket hats.

The only thing the ANC has to offer in nice women's shoes is a R1,950 pair of wedges. Which are currently out of stock – in yellow, black, and green.

The EFF, on the other hand, offers ladies pumps for R250. 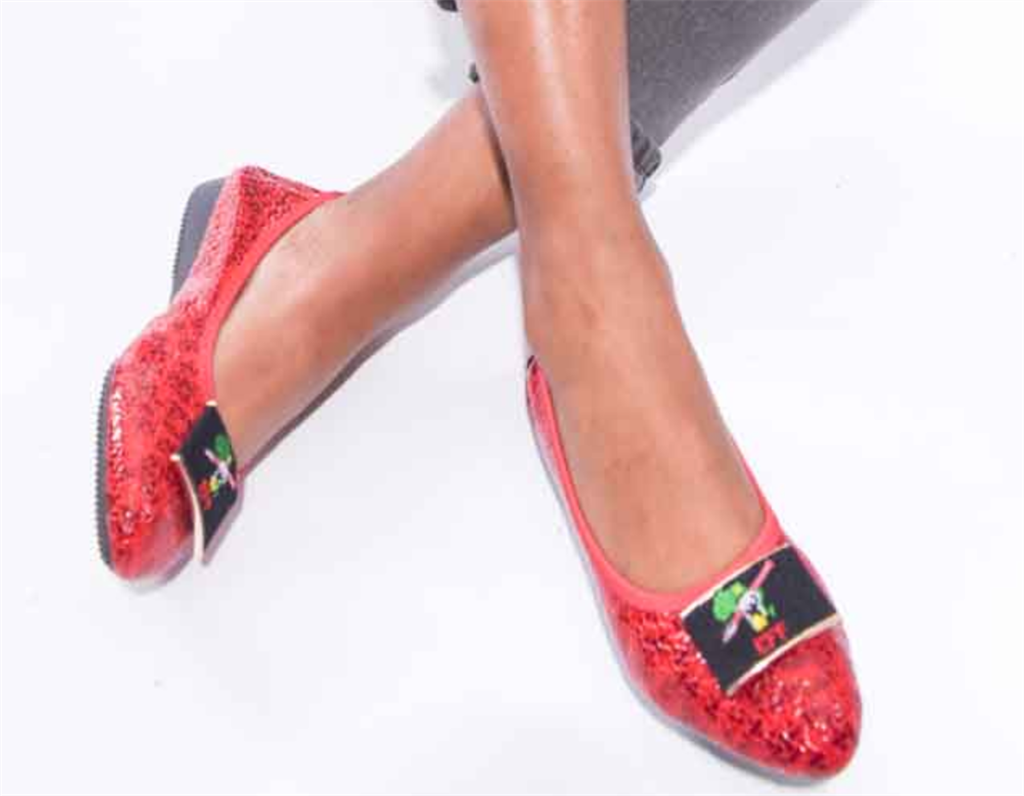 When it comes to sneakers, the parties' prices are technically identical, with a R1,500 pair from the ANC... Out of stock, naturally. Arguably, though, this too is a win for the EFF. Though the prices are equal, the EFF provides greater value for money, or at least better ankle coverage.

The ANC charges R450 for all of its many – and mostly truly ugly – golf shirts. Meanwhile, you can go golfing EFF style for a list price of R350, currently discounted to R297.50, in black, white, or red. A "painted hands" golfer will, for some reason, cost you R280. It is special edition for the party's second national people's assembly (NPA).

In jackets, at least, the ANC is price competitive, with a R700 puffer with a hood. These are, nearly miraculously, in stock, but beware: the product description offers it in olive green even though the picture shows only a black version, so it is not clear which you will receive.

The EFF offers a R750 entry-level jacket – but then it gets complicated. R750 will buy you a black jacket, another NPA special edition. A red jacket with a hood – and in the men's version, promoted with Julius Malema as model – will set you back R850. A "long-cut" jacket, modelled by Floyd Shivambu, is worth R1,000.

The ANC also has a R850 product it describes as a puffer jacket, though the photo shows nothing of the sort.

But the ANC wins this one, with the decider being its R550 sleeveless puffer jacket, which from the photo if not the description comes with a detachable hood.

Related Links
If Twitter was a country, the EFF would have beaten the ANC in the elections
Lockdown fashion in SA: Here's how officewear could change after the coronavirus crisis
An adult entertainment website lets you donate your ex’s clothes through their clothing drive
Next on Business Insider
Too many people have electricity, says new govt strategy. That’s where LP gas comes in.