Women who wake up early may be less likely to develop depression, according to a new study — but the advice for optimum sleep remains unchanged 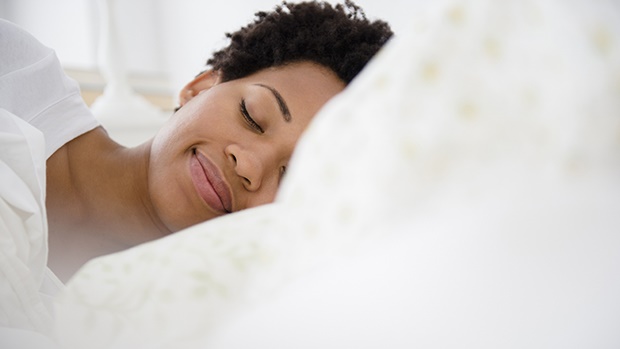 Image: Getty
There are a fair few benefits of waking up early. Morning people often say they get to experience the best part of the day, and they can get exercise and other chores out of the way before night owls have even surfaced.

There is increasing evidence that suggests morning larks could be healthier overall, too. According to a new study, published in the Journal of Psychiatric Research, women in particular who wake up earlier could be less likely to develop depression.

Researchers from the University of Colorado, Massachusetts Institute of Technology, Harvard, and the University of Vienna wanted to see if a woman's chronotype — whether they were an "early bird" or "night owl" — had any impact on their risk of depression.

They used data from a large study that assessed the health of more than 32,000 female nurses in the US, with an average age of 55, for nearly three decades. In 2009 they were asked to define whether they were a morning or evening person, then they followed up after four years to see how many of them developed depression.

During that time there were 2,581 new cases of depression, and those who were definite morning types were somewhere between 12 and 27% less likely to develop depression compared to the "intermediate types," who were neither early birds or night owls. There wasn't a clear pattern for the evening people.

The results show that someone's chronotype — or body clock — could be a factor in developing depression, but the risk is small. The study was based on a very specific group of people, who are in a highly emotionally and energetically demanding job, and so there is no certainty that the risk of depression is influenced by their sleeping habits. The results are not necessarily applicable to other women of the same age, or men, or children, either.

While the study had its limitations, it does raise some interesting points of discussion. For example, recent research found that disrupting our body clock can increase our risk of mood disorders like depression. Nurses work long hours, and often they work night shifts. It's not the best job for a regular sleep schedule, so if you know your internal rhythm doesn't adapt easily, that may have a psychological impact.

Also, the lead author of the new research Céline Vetter told The Independent that how much light you are exposed to can influence your chronotype, which in turn can increase the risk of depression. The study didn't look into the impact of light exposure, but it could be an area of further investigation, particularly as nurses may not see daylight as much as people in some other jobs.

Research has consistently found that a regular sleep pattern is key regardless of chronotype. Too much sleep and too little sleep are both likely to be bad for your health, and the best way to ensure you're getting the right amount is to stick to a schedule. That means that even if you have a late night, you should try and get up at the same time every day to avoid something called "social jetlag."

In April, another study appeared to show that night owls had a small increased risk of dying than morning types. But the researchers concluded that this wasn't due to late nights — rather it was probably because of the risk factors associated with staying up later, such as eating less healthily, taking more risks, and the impact of socially-imposed timetables, such as starting work early when their body clock is in tune with a different rhythm.

While the answer isn't as simple as early birds being healthier than night owls, as there are too many variables to come to a solid conclusion, what is clear is when it comes to how important sleep is for avoiding diseases like cancer, diabetes, and Alzheimer's. The prevailing advice remains unchanged — make sure you get enough of it.